The war in Syria has caused a sharp rise in the number of girls who are being arrested for delinquent behaviour writes Al-Watan. 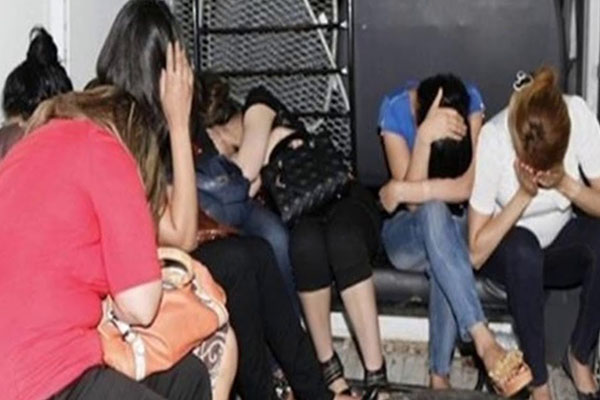 The assistant director of the Social Welfare Institute for Delinquent Girls, Rahaf Suleiman, said the war that the country has undergone has led to many misdemeanours and crimes being committed by underage girls that did not previously happen—mostly related to terrorism, such as marriage to jihadis, and assistance provided to terrorists through financing, food and transferring weapons from one place to another. In addition, minors have covered up for husbands wanted by the state, and there have been victims of incest. She said that crimes related to terrorism constitute about 40 percent of the total that have been transferred to the institute during the crisis period, while crimes such as murder, theft and prostitution have also increased from what they were before the crisis.

In an interview with Al-Watan, Suleiman said that the most violent case to enter the institute was a girl whose uncle raped her, leading to pregnancy, which her parents did not notice until the birth took place. She was referred to the institute so the matter could be investigated. There was also another girl who was raped by her father. She said that only two cases of incest were received, while there were many reports of a brother molesting his sister or a father his daughter. She pointed out that the institute’s administration follows these cases to protect them from the parents if there is a danger to their life.

She added that there was also a girl who made to kidnap children from parks in exchange for narcotic pills. Another girl killed her sister at the instigation of her stepmother, who was locked up in Adra prison for women, and another girl killed her father after he saw her with her boyfriend.

Suleiman also said there were girls in the institute who suffer from homosexuality, adding that they are being treated and are under strict observation and seeing the psychologist while kept a little away from the other girls, who would not be informed about the girl’s condition.

In a related context, Suleiman said that 179 girls entered the institute in 2019, compared to 98 girls in 2018. She said that 40 girls entered for prostitution, 39 girls on charges of theft, 27 charged with terrorism, and two girls for the crime of killing relatives. One girl was raped, and another was admitted for being the victim of incest. She added that three girls were also admitted for possession of narcotic drugs, 11 girls because of criminal slander, 22 girls for begging, seven girls for violating public morals, 10 girls for using another’s’ identities, and one girl for electronic crime. Twenty girls were sent to the institute after approval from the public prosecutor for various reasons.

Suleiman said that the sentences vary from one crime to another. Prostitution and theft are six months, while girls that commit murder are sentenced to ten years, which can be reduced to four years. Upon reaching 18 years of age, the woman will be transferred to Adra Central for women if she does not study or if she is badly behaved. She will be kept in the institute if her behavior is good and wants to complete her studies, following approval from the public prosecutor. The girl is not forced to return to her family when released, except to resolve the situation between them. The situation is explained to the public prosecutor so her presence in the institute is legal.

The director of services at the Ministry of Social Affairs and Labor, Maysa Midani, said that delinquent girls enter the institute through judicial rulings, either for a misdemeanour or felony. She said that the ministry handles the crime of jihadi marriages, associated with early marriage, through behavior modification programs and securing job opportunities. This happens within the department of battered women, which was opened recently. She added that they also receive girls who escaped from their families because of their early and multiple marriages, until the girl reaches the legal age.

Midani pointed out that some girls are referred to the Family Protection Unit, which specializes in cases of abuse and is affiliated with the Syrian Population Affairs Authority. She noted that this unit requires the girl not to communicate with anyone on the outside, out of fear that someone would discover her location.

She added that incest has increased due to overcrowding of houses because of the crisis, in addition to a decline in morals and a lack of commitment to education. She said that these cases are not connected to our society, but rather the result of strange ideas coming from abroad that have affected the ideas in our society—especially in areas controlled by armed terrorist groups. She said that these girls are treated as victims of violence.