As tensions between Iran and the US increase, Deir ez-Zor is bracing itself as a possible arena for a confrontation between the two sides writes Arabi 21. 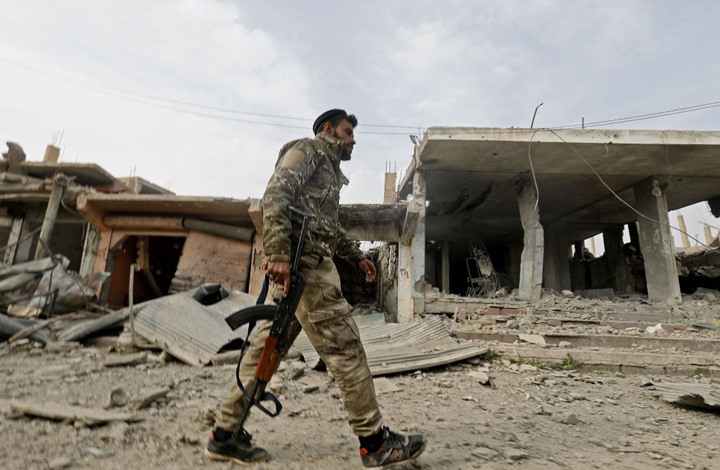 The city of Deir ez-Zor has come to the forefront of events in Syria with the increasing American-Iranian tensions following the assassination of the commander of the Iranian Revolutionary Guard Quds Force Qassem Soleimani in a missile strike in Baghdad.

Anticipation has prevailed in the city, alongside popular fears that the area will be turned into an arena for a direct conflict between American forces deployed in the areas controlled by the Syrian Democratic Forces (SDF) northeast of the Euphrates and Iranian militias to the south of the river, the first outlines of which have begun to appear with the latter’s bases hit by airstrikes over the last two days thought to be American.

Coinciding with that, Iranian militias have begun to reinforce their military positions in eastern Deir ez-Zor, which was confirmed by local networks, which said that the militias’ fighters had over the past few days reached the al-Hizam area in Albu Kamal and the T2 base in the desert.

According to the Euphrates Post, Iranian militias have given orders to all their fighters to be on alert in the al-Mayadin desert, and on the banks of the Euphrates in the cities of Sabikhan, Dublin, and Ghariba, in eastern Deir ez-Zor. They said that the areas of Deir ez-Zor had seen major mobilization from all militias in the Iranian Revolutionary Guard, including the Fatimiyoun, Zeinabiyoun, and Haydarioun, as well as Hashd al-Shaabi and Hezbollah and 47th Brigade.

Local sources said that field commanders in the Revolutionary Guard had informed their fighters to be ready for a “major military operation” that they could be asked to take part in against American forces deployed in the SDF-controlled areas on the opposite bank of the Euphrates, noting rumors circulated among militia fighters that American positions in the villages of al-Baghouz and Abu al-Hassan in the SDF area could be major targets for revenge attacks after Soleimani’s killing.

Observers believe that Deir ez-Zor could be among the main areas of an open Iranian-American confrontation.

Speaking to Arabi 21, a commander who defected from the regime, Mohamed al-Ali, said that Deir ez-Zor’s strategic location, connecting Syria and Iraq, would draw Iran’s view, along with it having much of Syria’s oil and gas production.

In addition, the presence of American forces and Iranian militias in Deir ez-Zor means the area is also lying on a hot plate, especially after the death of Soleimani.

According to Ali, a former police commander in Deir ez-Zor, making Syrian territory a theater for a direct Iranian-American conflict would limit damage and keep the cost of the confrontation within limits, as opposed to making it in other areas such as the Arab Gulf.

Sharing Ali’s view, the director of the Justice for Life organization, Jalal al-Hamd, said that Deir ez-Zor was a candidate for becoming the site of an open conflict between Washington and Tehran, and that the killing of Soleimani increased the probability of this scenario.

He told Arabi 21 that the presence of a security gap in the SDF areas would facilitate Iran’s militias in targeting American military bases if Tehran decided to engage in a limited escalation in response to Soleimani’s killing.

He added that with these acts, the Iranian militias would make an American response necessary, and if that happened, the whole area would be threatened with sliding into military confrontation.