Businessman Mohamed Hamsho, who has close tie to the regime, has been preventing people from returning to their homes and securing the land for development writes Sowt al-Asima. 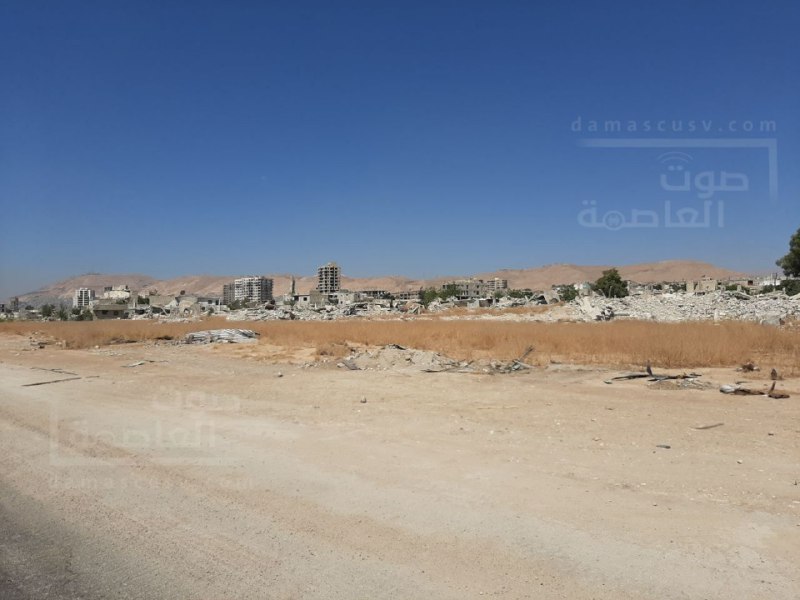 After the Damascus governorate announced the start of work on a number of al-Qaboun zoning plans, expected to be completed at the end of 2019, major Syrian businessmen began to enter the area and strip property from its residents in a number of ways.

A source told Sowt al-Asima that businessman Mohamed Hamsho had begun work on a plan that allowed him to own larger shares in the area, which included intimidating residents and preventing them from entering, in order to launch the plan soon.

The source said that commanders in the Popular Committees militias deployed at the entrance of al-Qaboun on the Tishreen district side, Ali Daher and Rabeea Daher, had issued final orders preventing the area’s residents from entering, according to instructions received from officers in the Fourth Division who are cooperating with Hamsho.

The source continued that the commanders had given periodic reports in which they described the al-Qaboun district as “unfit for residence” based on instructions issued to them, to ensure that official agencies did not comply with complaints from area residents and the repeated requests to open the roads.

According to the source, Hamsho is trying to gradually raise real estate prices in the area through local traders working in his interests. He is trying to intimidate residents and persuade them to sell their intact or destroyed property before launching a phase of implementing zoning plans on the ground, to ensure that his companies are able to complete the reconstruction contracts for the area, because he will be the biggest shareholder there.

The Damascus governorate revealed at the end of last month that there were contracts with the Higher Institute for Regional Planning at Damascus University, to prepare and study the zoning plans for the Jobar area and with the General Company for Engineering Studies preparing the al-Qaboun residential plans, with the studies to finish by the end of 2019.

The governorate said that the al-Qaboun area would include residential, commercial and service towers, as well as investment buildings, hospitals, schools and a number of service centers, according to the industrial plan.

The director for implementing Decree 66, Jamal Youssef, said that the new zoning area would include the Barzeh, al-Qaboun and Jobar districts, which would be divided into eight areas, given their size.

The Damascus governorate at the end of 2018 developed a plan to prepare zoning plans for all the informal areas in Damascus, without specifying a date to implement this on the ground.

Law No. 10 for 2018 allowed for the establishment of one or more organizational zone as part of the general zoning plans for administrative units, which came after Decree 66 for 2012, which stipulated the zoning for the Marouti City and Basilia City areas in Damascus.