Citizens in Daraa and Quneitra are struggling to secure remittances as transfer offices in the area close down out of fear of prosecution reports Brocar Press. 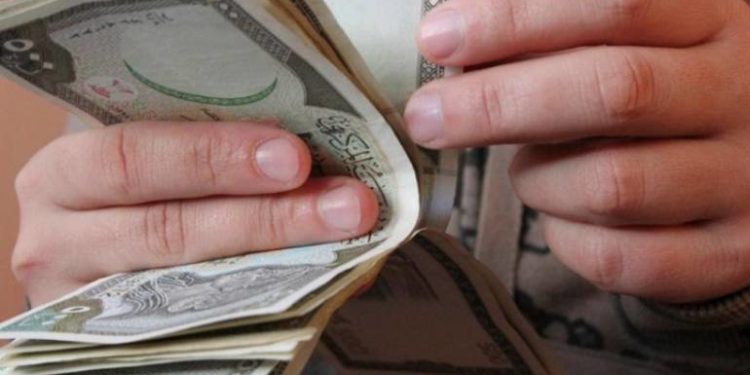 Kamel S., a man in his sixties, is no longer able to receive his monthly transfers, which he had become used to receiving at the start of each month from his son who took refuge in Germany, because there are no longer transfer offices in his area. This has caused a decline in living standards and turned him from a creditor to a debtor who must wait a long time to find an appropriate and safe place to receive his monthly transfers, because he is wanted by regime security agencies and so is unable to pass through the checkpoints, which have cut off parts of the country and has put pressure on subjects.

Remittances from Syrian expatriates to their families in southern Syria have seen a major decline since the Assad regime took control over the Daraa and Quneitra provinces in July last year.

Mohamed Ghaleb, 39, who used to own a transfer office, attributed this decline of remittances to dozens of unlicensed offices, which had been active in the formerly liberated areas, being shut down when regime forces took control over the province out of fear of security prosecutions.

Ghaleb said that dozens of transfer and currency exchange offices had been shut down in a number of areas, making it harder to obtain monthly transfers for dozens of residents, and which has forced them to go to other areas in the province which are still effectively outside regime controls, such as Tafas and al-Muzayrib, or for those who are not wanted by security forces to regime areas.

Abou Assam, 56, from the western Daraa countryside, said that, “obtaining transfers has become very difficult since the regime entered our areas” He said that he had been forced to travel to Tafas to obtain his monthly transfers, which exhausted him, and incurred additional expenses that were a burden to him.

Mohamad K., owner of an electrical goods shop and a former worker in transfers, said that he had moved his work to his house, saying that he was working secretly now and that most of his customers were relatives and trusted friends.

He added that the fear of prosecution for workers in the transfer field had shutoff a major income gateway that had been open for dozens of families, and that it had resulted in a decline of transfers to residents, who have come to prefer receiving them in other manners away from the eyes of the regime authorities and intelligence agents, out of fear of legal pursuit.

He said: “Thousands of American dollars had been reaching residents each month from various countries around the world through transfer offices which had been prevalent a year ago in every city, town and village, but are now very limited in number.”