Turkey, Lebanon and Jordan are playing host to 5.2 million Syrian refugees, but they are increasingly being regarded as a burden writes Asharq Al-Awsat 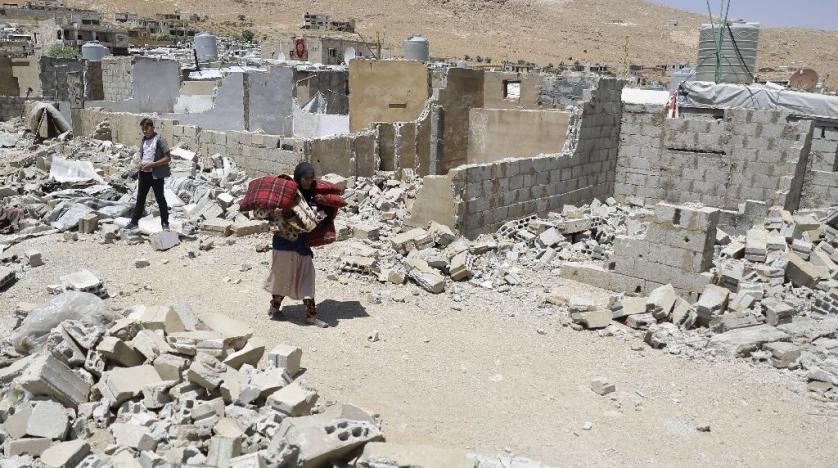 “I left my wife and three children in Istanbul,” the 48-year-old said last month, after he was deported for not having permission to reside in the Turkish city.

“I will try to get back” into Turkey at any cost, he told Agence France Presse.

Syria’s conflict has displaced millions of people since 2011, and its neighbors have absorbed the majority of those fleeing abroad.

But today, with no political solution to the conflict in sight, Turkey, Lebanon and Jordan — who together host at least 5.2 million Syrian refugees — are increasingly seeing that population as a “burden”.

Rights groups have warned of mounting hate speech and increased government pressure on Syrians to return home, especially in Turkey and Lebanon.

While Jordan has not yet upped the pressure, it too has said the Syrian presence is weighing down its infrastructure and compounding its economic woes.

“With no clear-cut solutions for Syrian refugees to return, campaigns against them are increasing,” said analyst Nasser Yassin.

“Neighboring countries have become exhausted,” said the head of the Beirut-based Issam Fares Institute for Public Policy and International Affairs.

Turkey hosts the most Syrian refugees in the world at 3.6 million.

In recent weeks, rights groups have denounced reports of hundreds of refugees being deported back into Syria as part of a crackdown on those without the right residency papers.

“The hostile atmosphere towards Syrians… has worsened recently with a consensus among political parties and the media that Syrians are a source of problems,” said Yildiz Onen, spokesman for the Turkish campaign “We are all migrants”.

It “is opening the way to measures designed to make life difficult for migrants,” she said.

But “sending Syrians to a country that is still at war, particularly with the deadly bombardments in Idlib, is putting people in mortal danger,” she warned, referring to the ongoing Russia-backed campaign in northwest Syria.

Turkey’s government has flatly denied the reports, saying anyone returning to Syria — a total of 337,729 since the war began — has done so voluntarily.

It also rejects claims Syrians were forced to sign return forms in Turkish that they did not understand.

Lebanon too insists some 325,000 returns to Syria since 2017 have all been voluntary, even as rights groups decry measures to make their lives increasingly complicated

The country of some 4.5 million people says it hosts around 1.5 million Syrians, of which nearly a million are UN-registered refugees.

Since June, more than 3,600 Syrian families have seen their shelters demolished in the eastern border town of Arsal, according to the municipality.

Homes made of anything other than timber and plastic sheeting are not allowed.

Last week, the army destroyed a further 350 structures in the north of the country and arrested dozens over not having residency documents, humanitarian groups said.

The labor ministry, meanwhile, is cracking down on foreign workers without a permit in a move activists says largely targets Syrians.

Human Rights Watch has denounced both Turkey’s deportation methods and Lebanon’s pressure on Syrians as illicit.