Both the area east of the Euphrates and in Idleb, militias are on the rise and spreading their control and influence writes Al-Akhbar. 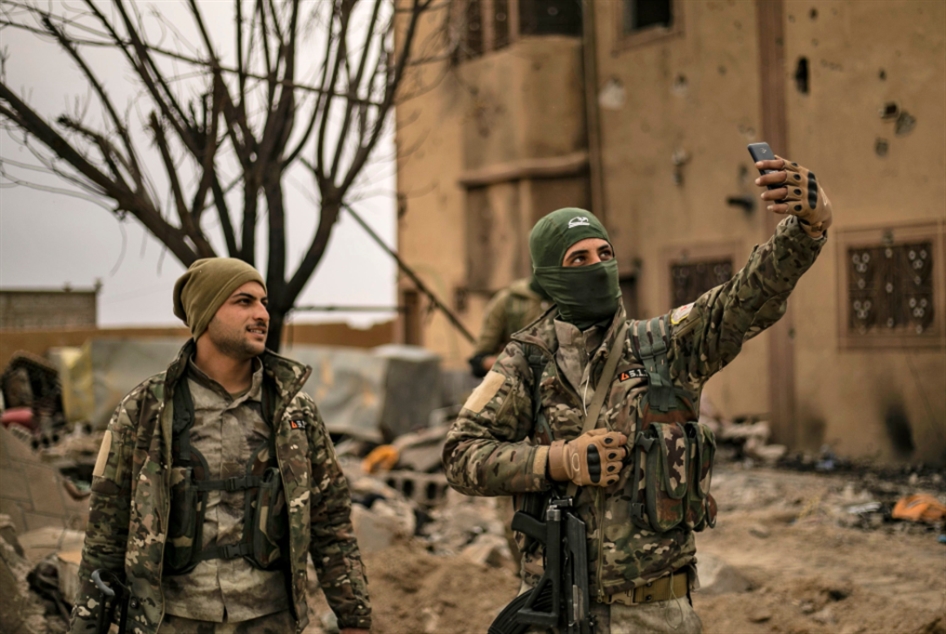 A new situation is taking form in two areas outside the control of the Syrian state—specifically, the Idleb pocket and the areas east of the Euphrates. Despite the major differences in the compositions of the control over the two areas at the moment, data suggests that each is headed toward a new phase of militarization of the streets with simultaneous and strikingly similar steps. Contrary to what seemed to be happening in 2018, in terms of working to reduce the number of militias and move to institutionalize them in a way that reproduced regime army structures, indications today are of a tendency toward producing dozens of small armed entities in a manner reminiscent of the flowering of the expansion of militarization in areas outside Damascus’s control—especially between 2013 and 2016.

What’s new today is the presence of a hidden force working to control and manage this expansion in Idleb and the eastern Euphrates alike. Over the last month, areas under the control of the Syrian Democratic Forces (SDF) have witnessed the formation of numerous military councils in most areas east of the Euphrates, such as Ayn al-Arab (Kobani), Tel Abyad, al-Tabqa, Raqqa, Qamishli and al-Hol. It is expected that the coming days will see the formation of at least three more councils. It does not seem to be a coincidence that these formations coincides with the decision for the Self-Defense Law, which formalizes military service in areas under SDF control. The SDF has been keen to carry out these steps under the guise of “restructuring” its forces, but the data indicates that this course was drawn up carefully after lengthy discussions between officials in four of the International Coalition countries—the United States, France, Saudi Arabia and the United Arab Emirates. A Syrian-Kurdish source told Al-Akhbar that, “the makeup of the councils was a Saudi-Emirati condition for contributing support to the SDF and the civilian committee that revolves in its orbit, with the guarantee to provide support to this area or that in a confirmed fashion.” But a commander in the SDF denied the veracity of any talk about foreign roles in the “restructuring.” A source told Al-Akhbar that, “it is a completely organizational matter, and one of the mechanisms for administering the area in the hands of its residents—militarily or in terms of services, and on all other levels.”

It seems clear that the new outlines of the policies for the eastern Euphrates had been approved during the meeting of the Small Group (the United States, France, Britain, Saudi Arabia, Jordan, and Egypt) held in Paris on Jun. 24, 2019, with Paris witnessing continuous mobilization—both publicly and privately—with the aim of granting the SDF, the Self-Administration and the entities linked to them a transit permit towards the “umbrella of international legitimacy.” Therefore, the French capital looks set to become a center of political activity in the coming months for the SDF and entities connected to it, within the context of “networking with opposition entities and figures outside the SDF umbrella.”

What about the “Idleb pocket”?

If all of the above was to be expected in the context of Washington and the international coalition sticking to hegemony over the areas east of the Euphrates, it is notable that the arrangements for the SDF areas coincides with similar activities in the “Idleb pocket” under the same title: “The expansion of the militarization of the street.” Idleb has seen the formation of dozens of small military entities, which began at the end of May with the announcement of the formation of the Popular Resistance Brigades—groups administratively under the Shoura Council of the Liberated North. So far, this “collective body” has produced seven “branch committees” and 13 “military brigades” distributed throughout the villages and towns of the Idleb pocket, in addition to six “tribal military brigades” founded in cooperation with the Shoura Council for Tribes and Clans. The formation, in this context, is based on the idea of a “small brigade representing each tribe and clan,” even if the majority of its people are openly towards Damascus.

Unlike the situation east of the Euphrates, the economic oversight of these “brigades” is not Saudi-Emirati but Qatari. Views of those involved in creating these entities differ over the real aims. A source from the Shoura Council of the Liberated North told Al-Akhbar that, “the basic aim is to support our brothers, the mujahideen (Nusra and its allies) in repelling the regime’s aggression.” A source inside the Branch Committee in Idleb and its Countryside says that the basic aim is to, “put the revolution back in the hands of its children and keep it from the hands of the extremists groups that have come to dominate it.” But on the ground, most of the available data seems sufficient to confirm what Al-Akhbar noted a month and a half ago—that Ankara was getting involved in fervent activities to “reshuffle the cards” in Idleb in accordance with hidden agreements with Washington.