As more people have fled the country, elderly people are being left behind, but with limited services, many are forced to beg on the streets writes Al-Watan. 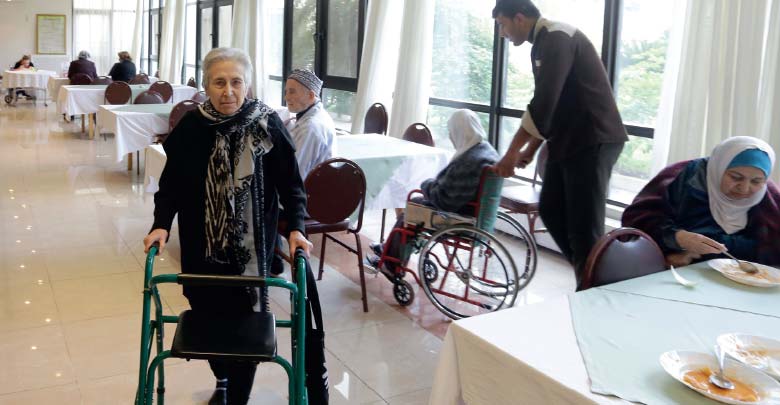 The Director of the Social Services at the Ministry of Social Affairs and Labor, Maysa Midani, said there was an increase in demand for places in seniors’ homes during the war years, which has been attributed to many young family members traveling outside the country and leaving their elderly relatives.

Midani said in an interview with Al-Watan that the loss of family breadwinners, the general living situation and the cost of elderly services, such as medicine and daily necessities had become a burden for families. Evidence of this is seen on the list of required relief materials, which includes provisions for the elderly. In addition to some elderly people needing daily care that may not be available.

Midani pointed to the appearance of elderly people living on the streets, which had not been present in society before the war. She said that in many cases, some hospitals had contacted the Ministry to take custody of elderly people from the hospital, after their family had abandoned them, saying that in some cases they were also taken from the streets, which put major pressure on the homes for the elderly.

She said that the Ministry had just one home for elderly care, the al-Karameh center in Damascus province, but that the Ministry, under increasing pressure, had allowed some elderly people into the home for beggars and the homeless in al-Kasweh. She said that the section had been prepared in cooperation with the High Commissioner for Refugees, which fully revamped it, and that there were negotiations with a university to participate in the administration and actively turn it into a home. The Ministry would retain administrative oversight while monitoring services and volunteering would be by the university. She said that there were an increasing number of elderly beggars.

Midai said that the fees for care and residency in the elderly home were logical before the war, but now the prices have increased in accordance with the price of goods. She added: “We are hearing that the prices have increased but on average it is logical to cover the expenses of the elderly.” She said that every home covered a portion for free—that is, a portion of services they offer were provided free of charge to the poor people they accept, and that the expenses are covered through its private resources. She said that it was not possible to set the maximum or minimum cost for residency because the prices ranged. She added that in some cases, there were cases guaranteed by the university or a donor in the home, and that it was possible that there could be reduced fees by resorting to the Ministry or submitting a petition showing the elderly person’s inability to cover the expenses, which is reviewed by the university. She said that this was no more than a request because the Ministry had no authority over the university’s resources.