Sexual harassment is a growing problem in Syrian society and is increasingly being seen on public transport writes Hashtag Syria. 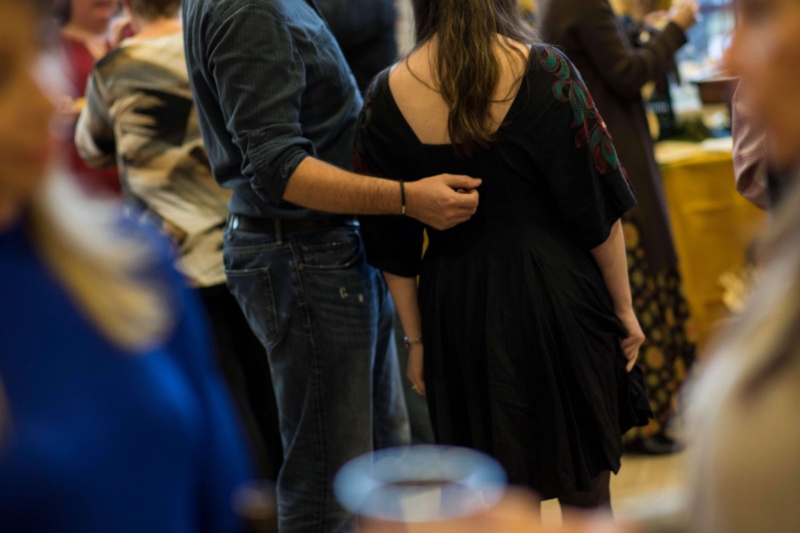 Harassment is one of the most dangerous social ills. It has physical and psychological effects on the victims and the effects also extend to all family members and slip into society.

Hashtag Syria asked some residents about harassment cases on public transport. It received various responses in terms of expressions and emotions. One women called Sanaa spoke of her suffering, saying: “Every few days I go out on the bus and some young men come towards me staring or speaking. The story is true, ‘People have lost decency’.” She added that those who work on public transport must do more to protect the passengers from harassment, rather than limiting themselves to checking tickets.

Despite being a man, Ahmed said that he was harassed by a man in his 50s. “A man nearing his 50s sat beside me in the bus and put his hand on my leg. I removed it and he put it back, and then I hit him and got off the bus.”

Gardenia is an online team that aims to correct problems in society and spread social awareness. The team, which includes students from different university specialization, carry out positive measures to support women and bolster their role in society and to encourage them to report their experiences to help raise awareness and knowledge. They want to do away with the usual model of support, which consists of making slogans, without implementing any real change.

The director of the team that launched the anti-harassment campaign, Zeinab al-Asi, told Hashtag Syria that the campaign, “Min Hakkek” (It is Your Right), was started two months ago with a questionnaire among young women about the biggest issues they face. Harassment and blackmail were at the top. She added that the reason for the campaign was to raise awareness among young people and to reduce the damage and to help children understand the issue when they are subjected to this problem.

Asi added that so far there had been 30 cases recorded, in addition to the many messages on the team’s official pages.

Asi said that their support structure primarily depended on contacting a lawyer specialized in blackmail, or using psychologists who specializes in strengthening the self and understand the different types of harassment

The term sexual harassment refers to acts that create psychological, sexual or physical harm or other problems. Common forms include touching, stalking, or harmful words. Given the dangers of harassment, many countries have strengthened laws aiming to fight this, which is punishing perpetrators with fines or prison sentences.