Saudi and Emirati forces have reportedly arrived in the area around Manbij, although they have not yet been deployed writes Hurriya Press. 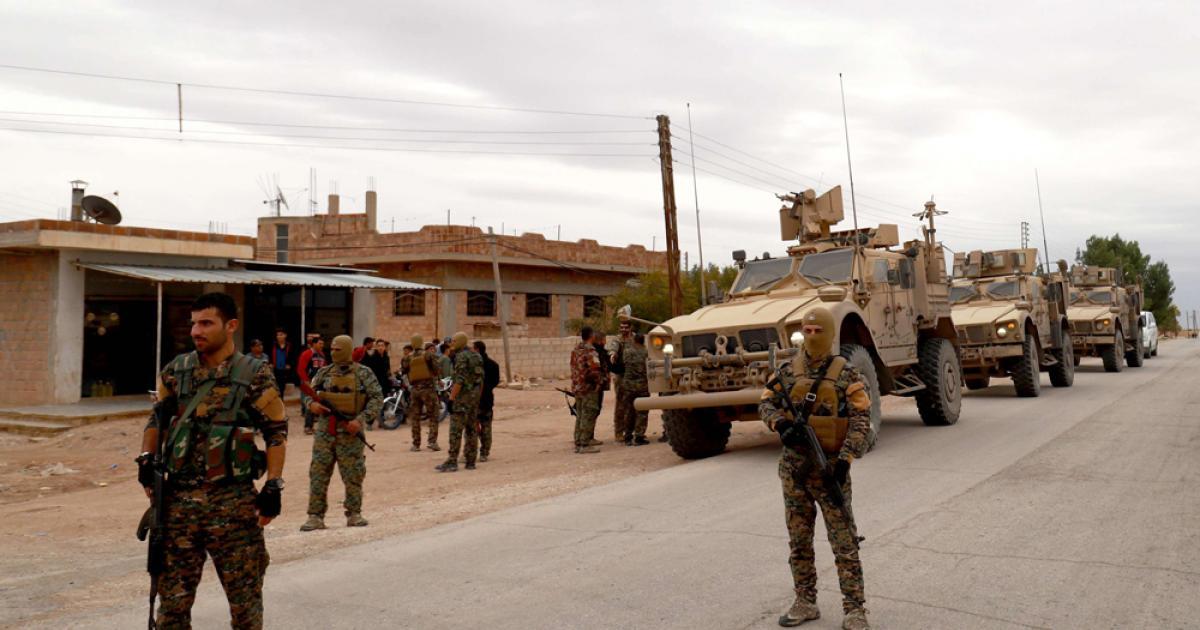 It seems that the Syrian issue in general—and the areas of Manbij and the east of the Euphrates in particular—will enter into a new phase of complications, as possibilities increase of an Egyptian-Emirati military intervention in Manbij, and of French intervention east of the Euphrates, with the aim of creating new balance, and not taking into account the interests of any Syrian party.

On Monday, the Israeli Debka website revealed in a report, a visit by Egyptian and Emirati officers to the city of Manbij east of Aleppo, which is under the control of the so-called Syrian Democratic Forces (SDF). This aimed to prepare for a deployment of Egyptian-Emirati forces, to take the place of the American forces who intend to withdraw from Syria.

The website said that discussions had occurred between US President Donald Trump; the Crown Prince of Abu Dhabi, Mohammed bin Zayed; and the Egyptian President, Abdel Fattah al-Sisi, to send Egyptian military forces sponsored by the Emirates to Manbij.

The website said that the United States would provide air cover and protection to the Egyptian-Emirati forces in the event that they entered Manbij, adding that the American discussions with Egypt and the Emirates had included deploying forces in other parts of Syria, including the Iraqi-Syrian border.

At the end of November, Kurdish media sources reported that a military delegation of Saudis and Emiratis had met with commanders of the SDF east of the Euphrates to discuss offering them logistical aid.

A few days before that, the Turkish Yeni Safak newspaper had revealed that both Saudi and the Emirates were sending military forces toward the SDF-controlled areas east of the Euphrates.

On Nov. 27, 2018, Hurriya Press exclusively quoted sources inside Manbij, under the control of the Kurdish People’s Protection Units (YPG), in a precedent which was the first of its kind, with an Arab state intervening directly in Syria, that a “Saudi military delegation” had arrived in Manbij and had met the military council of the Kurdish forces controlling the city.

A source also told Hurriya Press at the time that “Saudi and Emirati” forces had reached Syrian territory, while noting that they had not deployed yet (at that time), and that they were still stationed at the Rumailan base north of Hassakeh.

The plan for Emirati-Saudi-Egyptian intervention east of the Euphrates does not appear to have been developed recently, as the Saudi state Minister for Gulf affairs, Thamer al-Sabhan, visited the areas east of the Euphrates, and Raqqa specifically, in October 2017, preparing for a Gulf-Egyptian presence in the area, through “reconstruction” efforts.

What is new is the attempt by the Saudi-Emirati-Egyptian axis to intervene in Manbij, which is considered a red line for the Turks, and an issue not open to bargaining, which threatens to create new regional and international differences in Syria.

France bolsters its presence east of the Euphrates

After objecting to Trump’s decision to pull his country’s forces from east of the Euphrates, France bolstered its military presence and activities there. The French Minister of the Armed Forces Florence Parly said on Tuesday that her country had sent Rafale warplanes to Syria as part of its participation in the International Coalition’s campaign to strike positions of the Islamic State (ISIS) in the eastern area.

On Monday, the French minister visited the French base in Jordan from which the Rafale planes launch to strike ISIS positions in Syria. She told soldiers participating in the French Operation Chammal that they would continue their mission to the end, making note of the attacks carried out by ISIS in France.

Parly criticized the American decision to withdraw as “surprising and unilateral.”

France has maintained its military bases in the Syrian desert near the town of Albu Kamal, while the arrival of a military force comprised of nine military vehicles was recorded as arriving in Manbij directly after the American decision to withdraw.