After fleeing the war in Syria, investors are creating new businesses in Sudan, helping them to create new lives and boost the Sudanese economy writes Zaman Al Wasl. 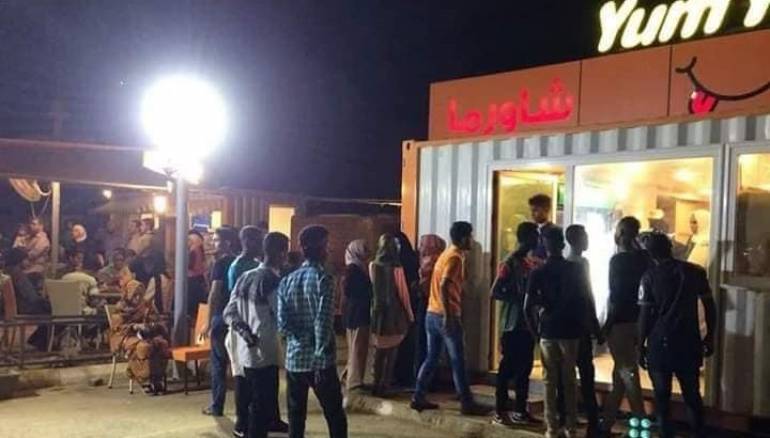 With the increasing number of Syrians refugees, some Arab countries have imposed a visa as a condition for entry. Sudan has not taken this path, and become the only free Arab destination for people fleeing the war ravaged country.

The Sudanese Committee for the Relief of the Syrian People estimates that the number of Syrians in Sudan is about 170,000, which includes investors and entrepreneurs who occupy the second place in investment in Sudan in terms of economic investments in the three sectors (industry, trade and agriculture).

Lawyer Adham al-Daham, founder of the ‘Step-Legal’ initiative for Syrians in Sudan said Syrian investments vary in Sudan and are not limited to investing in one particular field.

The Syrian presence in Sudan played a major role in advancing the Sudanese national economy and limited Sudanese imports for many food and industrial goods. Syrian investments contributed to securing thousands of job opportunities for Sudanese people in various commercial, industrial and agricultural sectors.

Syrian investors work heavily in industrial, commercial and agricultural fields like detergents and water reservoirs, the demand for which are increasing in Sudan.

According to Daham, there are 15 factories for plastic products, plastic bags and packaging materials in Khartoum, as well as a number of other factories across the rest of Sudan after the industry was monopolized by the Fine International corporation.

In the field of food industries, the Sudanese government issued a decision at the end of 2017 to stop the import of food commodities from neighboring Egypt because of the local alternatives produced by the Syrian factories in Sudan, after studying the Sudanese market and its needs.

Also, the dairy industry has ranked second for Syrian investment after the establishment of six factories that covered the needs of the local market for these products, which reduced the import levels of these goods that had previously been imported from factories in Saudi Arabia, according to al-Daham.

Syrian investors have benefited from the support of the Sudanese Ministry of Investment to work in agriculture in the northern region, which is considered the most fertile agricultural area in the country, especially in the cultivation of clover, which is one of the most important exports in Sudan. The proportion of Syrian investment in agriculture amounted to 70% in this sector.

Some Syrian investors who obtained Sudanese nationality have enjoyed freedom of trade in the field of import and export, such as the exporting of the Arabic gum, clover, cereals and peanuts.

A number of Syrian craftsmen also established workshops for the manufacture of furniture, and introduced decorative patterns and engraved wood, previously unknown in Sudan, which previously received imports of wooden furniture from Damietta province in Egypt.

Syrian investment in hotels and restaurants occupies the first place in the Sudan today, with Syrians opening a large number of restaurants, cafes, shops, sweets and juice bars, which offer many different oriental and western dishes, in addition to the traditional Syrian dishes, which are popular among the Sudanese because of the international reputation that Syrian cuisine enjoys.

In Sudan, there are a number of Syrians with university and scientific degrees such as doctors, engineers, lawyers and teachers despite the difficulties and lack of work opportunities. Today, a number of doctors work in some health centers, A few engineers were involved in some contracting companies despite the low salaries in this field.

In addition to Syrian restaurant owners, small businesses and professions, a large number of young Syrians in Sudan have found a safe haven to escape arrest or conscription in the regime’s army, many of whom work in restaurants and coffee shops with a low wage of just 50 or 70 dollars per month.

Average Syrians who escaped war and have no business or big income have opened small projects.