Eastern Ghouta suffered greatly during the siege and subsequent attack that followed and the women of Ghouta continue to suffer today writes Zaman Al Wasl. 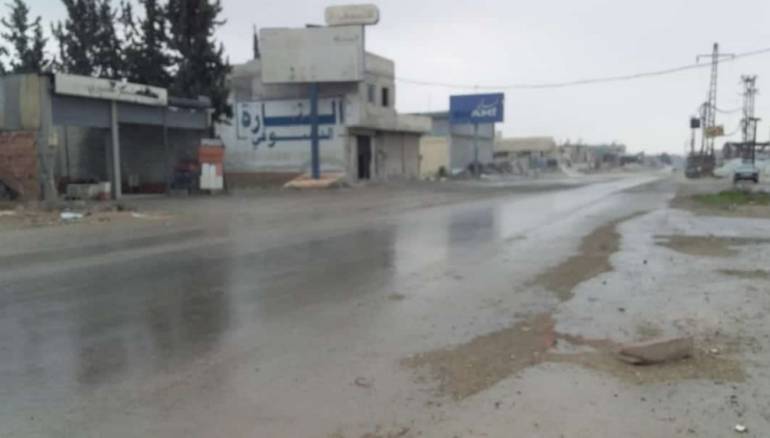 The phrase “Occupied Ghouta” sounds contradictory to the truth, for some people, for others it sounds like an exaggeration of the situation in the eastern district of Damascus, which was brought back under regime control last April.

But insiders and eyewitnesses know well that “occupied” is the most accurate description for Ghouta.

Zaman al-Wasl has previously shed light on scenes full of injustice and darkness. The story of the four who had been arrested, one of which suffered a nervous breakdown after being raped by multiple security agents, for example.

The fall of eastern Ghouta was achieved in a brutal fashion and changed the course of the war.

More than 1,700 civilians were reportedly killed in the eight-week offensive.

Today, Zaman al-Wasl continues to unveil the secrecy surrounding eastern Ghouta and the violations committed, especially against women. These violations are considered the regime’s dirtiest and oldest methods, used to humiliate its opponents. The regime insists on using this approach of humiliation and violation in Ghouta, more than any other region, because it is aware of the nature of its society, which is very conservative and sensitive to any issue affecting women.

Zaman al-Wasl learned that the regime’s atrocities against Ghouta’s women have recently reached the point of arresting a 63-year-old woman. For the sake of privacy, we have held back her name and city of residence. The women followed her motherly instincts and returned to Ghouta from the north.

According to our sources, this Syrian mother went with one of her sons to the north of Syria, during the biggest displacement in the time of the regime’s control of the city of Damascus, but the poor living conditions in the north and the longing for the rest of her children, led her to return to her city. Several days after her arrival, Air Force Intelligence agents raided her house and took her to an unknown destination.

This was not the only case of violations against women returning from the north. The regime had previously arrested a woman, her husband and her three children at the Qutaifah checkpoint, northeast of the capital.

There have been several cases of women in the occupied Ghouta, who have been detained and accused of charges that were fabricated. Five women were arrested in one of the cities of Ghouta, on charges of “communicating” with relatives in the north. They have even arrested a girl from Ghouta also for making contact with her fiancé in northern Syria.

It is clear that the regime did not let the people of Ghouta live in piece, whether it was those who remained or those who decided to return, but choose humiliate them and cause indignity. People of Ghouta believe that, they paid the heaviest price during the siege, destruction, killing and displacement, greater than any price paid by any other Syrian region. It made them feel that the north did not embrace them properly and did not appreciate their sacrifices. This matter must be seriously considered by ruling forces in the North, so that the people of Ghouta do not find themselves prey to the regime’s atrocities, and then the north would realize the difference between the raider and the traitor.