As the date for the final lists for the constitutional committee approaches, accusations of regime bias are circulating writes Hurriya Press. 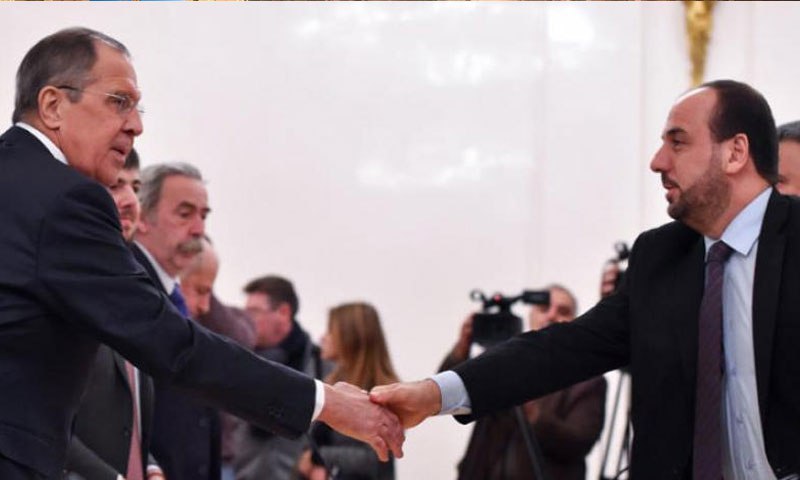 With the date approaching to announce the “constitutional committee” at the end of the current month, surprises have appeared which seem to dash the hopes of the regional and international parties trying to launch a political process in Syria, as well as the International Envoy Staffan de Mistura ,who had been hoping to launch the constitutional committee’s work before the end of the year. However, international and domestic changes have arisen, and may delay the council’s foundation or at the very least delay its work.

While Russia, which hosted the Sochi National Dialogue Meeting which established the constitutional committee, is insisting on starting the committee’s work as soon as possible, a tendency shared by the Small Group on Syria that is composed of seven countries, divisions have arisen around the committee’s formation with regards to one third, which should be composed of civil society and independents. Turkey and the opposition are saying that the regime is trying impose its loyalists as most of the members of this third to ensure a majority in the council’s decisions, of which the other two thirds are comprised of the regime and the opposition.

In this context, Turkish Foreign Minister Mevlut Cavusoglu said “There are three lists, submitted by the regime, the opposition and civil society in Syria.” He accused some states of “trying to overturn the necessary balance in favor of the regime, but things are not headed that way.”

The spokesman for the opposition, Anas al-Abdah, said that “attempts are being exerted by the regime’s backers to obtain an overwhelming majority, and there are attempts to obtain the equivalent of veto power through decision-making mechanism and the presidency of the council in favor of the regime.”

The challenges are not limited to the allocations of the constitutional committee’s thirds, which the Sochi meeting set out as being between the regime, opposition and independents — an internal problem has also occurred with regards to the opposition representatives in the council. It is expected that the opposition will be represented by the Negotiations Committee, headed by Nasr al-Hariri, but the popular base — particularly in the liberated north — has flipped the table on the committee through Friday protests which activists organized under the slogan, “the Negotiations Committee does not represent us”, which has sowed competition and accusations between committee members and supporters and the revolution’s public.

Nasr al-Hariri defended the committee, which he heads, saying that it was adopting the political solution put forward at Geneva 1, which called for a full political transition in Syria. He accused those protesting against the committee as being with the regime, and his colleague in the committee, Head of the Coordinating Council, Hassan Abdel Azim, merely said, “Those who are protesting against the committee are defamers and regime agents.” Meanwhile domestic activists prepared for major demonstrations against the committee, rejecting the idea that it represents the Syrian people in the talks for a political solution. Activist Aliyah Mansour said: “Nasr al-Hariri is the one who proposed the four baskets, and he was the one who gave up on the transitional governing body, and he is the one who has always expressed his readiness to compromise to win the seat which he sat on at the Riyadh 2 conference. Today he and those who are with him are continuing to give concessions to satisfy countries out of a desire for an imaginary throne.”

Ahmed Rihal, a former military general who defected, said that the committee brought itself to this result, saying in a tweet: “If the Friday protests are called ‘the Negotiations Committee does not represent us’, then the committee is to blame for that, because it failed to clear its ranks of frogs and failed to expel those who sold out the south (politicians and military) from its members and continued to work for the Russian agenda. All of the excellent political mobilisation that the committee achieved has been lost because of the presence of these people in its ranks.”