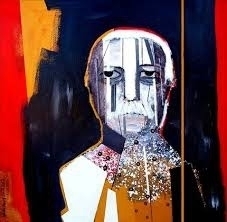 On July 19, Syrian authorities arrested the non-violent activist and internationally recognized painter Youssef Abdelke together with two other activists. This followed leaked reports about the death of Abdul Aziz al-Khayer, a prominent political leader, who was abducted last September together with two of his colleagues, Eyas Ayash and Maher Tahan, reportedly by the Air Force Intelligence forces. A few days after these abductions, Khalil Maatouk, a human rights lawyer who has defended numerous prisoners of conscience before Syrian courts, was arrested at a checkpoint near his home in Sahnaya, southwest of Damascus, as he was driving to his workplace in the capital. He was reportedly taken by armed men. Since then, his whereabouts have been unknown.

In February 2013, a peaceful activist who had been helping local committees deliver aid died in detention in Syria. A released detainee provided information about the possible death of Ayham Ghazzoul, 26, a human rights activist in Military Intelligence branch 215 in Kafr Sousseh, Damascus, in November 2012. Security forces had detained both activists in November.

The Syrian journalist and human rights activist Mazen Darwish, president of the Syrian Centre for Media and Freedom of Expression (SCM), and 11 of his SCM colleagues were arrested in February 2012, after the regime’s security forces stormed his office and confiscated all the  documents and computers there. Now, Darwish is being accused of "promoting terrorist acts" by the Anti-Terrorism Court in Damascus. Darwish worked at the SCM in Damascus for several years, monitoring and documenting violations against journalists and reporting on restrictions to freedom of expression in Syria.

These are only some examples of the non-violent activists who are being arrested, maltreated, tortured and sometimes even killed in prisons.  It is an additional proof that the Syrian regime does not target the armed fighters and does not seek a peaceful solution to the Syrian crisis that has exceeded 30 months, with no end in sight.

Khayer and his colleagues are members of the National Coordination Commission, a group of political parties, movements and independents that is based in Syria and opts for dialogue and finding a political solution to the Syria crisis.

Youssef Abdelke is another leader of the same group. When many Syrian intellectuals fled their homeland under the pressure of the regime’s destructive power, Abdelke decided to stay in Syriaand “to resist having to leave Syria again,” as his wife filmmaker Hala al-Abdallah puts it.

"He refused to seek French citizenship when he was in France," she told Reuters. "He used to say that if someone sees a fire in his house, he will try to extinguish it, not run away."

The day before his arrest Abdelke co-signed a statement calling on Assad and his top lieutenants to abandon power for a political solution that preserves Syria as a whole. But at the same time the statement condemned foreign and regional intervention and the influence of the foreign fighters in the country.

Since Abdelke was seized, more than 700 writers, artists, actors, academics and journalists from the Middle East and beyond have signed a petition demanding his release. "Stop imprisoning the spirit of the homeland," it said.

Abdelke’s detention is the latest in a series of actions the Syrian regime has taken in its attempt to foil any peaceful plot to put an end to the nation’s suffering. The only thing which these acts can prove is that the regime has never been genuine when it claimed that it favors reaching a political solution. It also contradicts its claim that it does not mind the internal ‘patriotic’ opposition versus the external ‘collaborator’ one.  In fact, it has always been in the interest of the regime to face extremist armed fighters rather than peaceful, non-violent dissidents. That is why it has made every effort to push the peaceful protesters to take up arms and fight against the regime. It leads the opposition to the battlefield, where it has more experience and power.

People like Khayer and Abdelke will just frustrate this plan to turn the revolution into civil war, and as long as these people resist leaving the country, which would allow them to be easily portrayed as traitors, they will expose the real truth of President Assad and his regime.

But this has embarrassed even those intellectuals who support the regime. Ibrahim al-Amin, editor-in-chief of the Lebanese daily al-Akhbar, which speaks for Assad and Hezbollah, describes Abdelke’s Thursday arrest at a government checkpoint in Tartus as “foolhardy, hypocritical, mindless and brutish.” He asked on the front page of al-Akhbar, “Who chose to face up to Youssef and his colleagues? They are Syrian citizens striving for regime change without advocating or endorsing its prevailing concept. Their position against all shapes and forms of foreign meddling in the Syrian crisis preceded the positions of many.Who chose to execute the opposition qualified to rehabilitate Syria as a strong and coherent state able to rise again and return to life?”

Pierre Abisaab wondered, “For the artist who spent his life dreaming of change, what else can he be expected to do today? Step back and wait for the next revolution? Or advance toward the precipice?”

Renowned internationally acknowledged Syrian poet Adonis, who is not a supporter of the Syrian revolution, summarized the situation in a few words. “One cannot but deplore and condemn the arrest of Youssef Abdelke and his two comrades. This mentality, which treats the holder of an opinion as a criminal, has damaged Arab humanity and culture," he tells Reuters.

This incident also proves that one thing the Syrian regime is good at is its capacity to lose friends and supporters. But apparently, the regime does not want friends; it prefers enemies.