The regime leased the most important productive sector, the port of Latakia, to a French company, which led to hundreds of workers losing their jobs 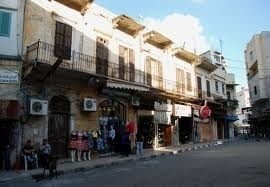 Before diving into the nature of the situation, both military and civilian, along the strategic Syrian coastal region, we must look at the prevailing atmosphere which existed before the uprising.

There was popular resentment at the failure of President Bashar Assad to deliver on the myriad promises he made in his inaugural address in 2000. Across the region, middle class merchants and their industries were gradually being eliminated from the market in favor of those who were members of the ruling family. To take just one example, dozens of companies that work in the installation of elevators were pushed out of the market to make room for Ramak, a company belonging to Rami Makhlouf, the president’s cousin.

And this happened not because Ramak happened to be the best at providing the service, it was not based on meritocratic decisions, but rather because of Makhlouf’s political influence. Using intimidation and bribery, the Ramak company seized all the governmental tenders.

One of the most infamous scandals involving this manipulation of political influence in Damascus occurred when one of Makhlouf’s companies lost a tender for importing winches to the port of Tartous. The technical committee involved refused the tender due to lack of merit. But this resulted in the sacking of the seven committee members, all of whom were then referred to the General Authority for Financial Inspection. The engineers were imprisoned for long periods, with fines in the millions, and all on trumped-up charges.

This set a clear example to anyone who dared consider standing in the face of the endemic corruption which the Assad regime exists on.

In addition, thousands have been stripped of their coastal properties, which were then handed over to various Arab companies, the Qatari Diar company being the most famous.

This widespread corruption was coupled with the humiliation faced by the thousands of unemployed university graduates who were forced to wait in front of employment offices for jobs which didn’t exist, as fake hiring competitions were routinely announced.

So people were growing weary of the situation, and the way in which such corruption affected their lives. People began to mock the president’s character, focusing on the wide chasm between this cowardly young leader and his corrupt ways, and his tough, self-reliant father, under whose reign the popular classes prospered.

The regime also took a series of actions which directly affected the working class, largely those working in the productive service sectors.

They allowed private maritime companies to once again work on customs clearance, which the Public Company for Maritime had previously had a monopoly over. This company could no longer compete with the agencies owned by those with close links to Assad, and exposed it to bankruptcy. Its 600 workers were put in a precarious situation.

Then, the regime leased the most important productive sector, the port of Latakia, to a French company, which led to hundreds of workers losing their jobs. Attempting to protest through civil disobedience, the demonstration was put down with force and threats. In fact, trade union leaders took part in this suppression of dissent, being used by the regime as pawns.

So this was the reality in 2010, and summarizes the general mood, a prevailing sense of dissastisfaction with Assad and his government. And this deep-seated corruption affected the Alawites, a majority in this coastal region, more than the other sects.

In terms of the political situation in the Syrian coast before 2011, the Baath Party had tried to implement some of the stated aims in Assad’s inaugural speech, but they always collided with this widespread corruption. There was much popular frustration and a belief that it was not going to be possible to introduce reforms.

For example, Ali Mrtakosh was one of the most influential figures appointed within the party’s leadership. He was Kamal al-Assad’s right hand and a relative of President Bashar. He had protected his eldest son Duraid, after he committed a crime which shocked the people of Latakia, when he shot and killed two Alawite brothers when they refused to let him take over their natural spring, which was near the son’s land. Ali prevented the judiciary from investigating the case and became known to everyone. During the uprising, Mrtakosh has had direct responsibility over the second largest group of shabbiha.

After the Baath Party, the second most important political grouping on the coast was the umbrella National Progressive Front, where on the coast they were considered loyal followers of the Baath Party. Here it was mainly comprised of two parties: the Syrian Communist Party and the Syrian Social Nationalist Party. Their activities were restricted and they only occupied certain positions within trade unions or seats in the city council.

The third political grouping included those who had previously been in actual opposition to the regime. This was mainly members of the Communist Labor Party (mostly Alawites), some individuals from the Political Bureau of the Communist Party, the remnants of the Democratic Baath Party and a small number belonging to the Muslim Brotherhood. These all had constituted genuine opposition to the Assad family, but, consequently, many had spent decades in prison, and had resigned themselves to the conclusion that it was to be impossible to topple the ruling dynasty so abandoned their political activities.

Some leftist, Marxist opposition youth groups started to appear, and united in what was called the Civil Leftist Stream, the CLS, but there numbers were small in 2011.

This potted summary of the popular and political scene on the Syrian coast in the years leading up to the uprising allows us to reach two conclusions:

Firstly, that many people were angry, frustrated and desperate, and saw that after 10 years of the younger Assad’s reign, any genuine hope of reform was unlikely. What has happened to this anger? Has it been neutralized?

And also, that political opposition in the area was sluggish, and most such activity had basically ceased altogether.