Most Syrians are suspicious of the intelligence services and accuse them of committing many violations, yet they show total confidence in the military institution and count on the army to preserve national unity 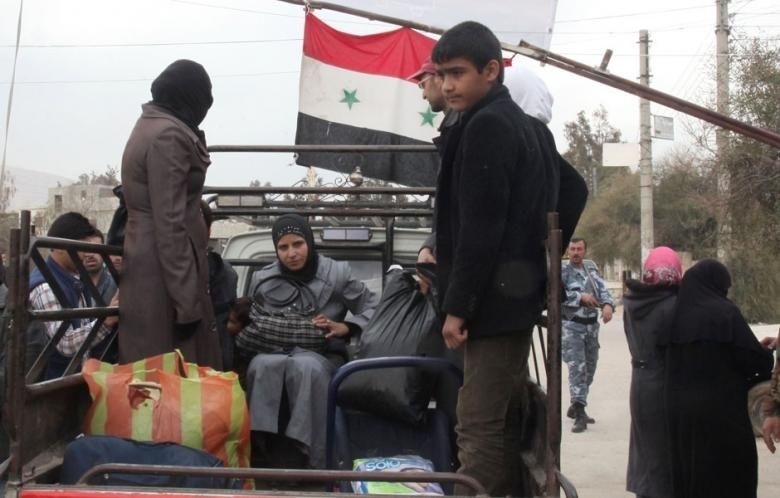 “Be careful! The walls have ears.” This sentence was often repeated by Syrian citizens since before the crisis. Interestingly, they aren’t referring to highly advanced security services, but rather to one of the most inflated, crumbling, and corrupt state institutions.

Nowadays, as citizens wait for hours in heavy traffic to pass through a checkpoint, officers spend their time going through the details of ID cards, focusing on whether they’re broken or damaged, and bombarding passengers with all sort of lame, unnecessary, and often accusatory questions.

“Meanwhile, a car passes by the checkpoint and explodes a few miles away” 34-year-old Fadi M. told Al-Akhbar. “How can we be confident these services can preserve security and stability?”

“Sadly, we had security services that could hear a man’s conversations with his wife but couldn’t discover arms shipments at the beginning of the crisis,” he sighed.

Most Syrians are suspicious of the intelligence services and accuse them of committing many violations, yet they show total confidence in the military institution and count on the army to preserve national unity.

Sadly, we had security services that could hear a man’s conversations with his wife but couldn’t discover arms shipments at the beginning of the crisisSyria’s intelligence services are divided into four branches: state security, which handles matters related to the state, such as anti-corruption issues and combating foreign intelligence in the country; political security, which monitors all factions, parties, and political figures to examine their sources of income and investigate their foreign connections; military intelligence, which is involved in military issues, and coordinates with the army; and air force intelligence, which is concerned with airport security and coordinating with the army’s air force. The Syrian police forces (interior security) may as well be added to these branches too.

However, these security services don’t always abide by the ministries they are affiliated with, and don’t coordinate with each other, putting themselves in conflicting situations on the ground.

Moustafa, a student at the Humanities Faculty at Damascus University told Al-Akhbar he “participated in peaceful protests at the beginning of the events and discovered that more than one security branch was involved in arresting protesters. I personally dealt with three different branches with all the violations and degrading treatment that detainees are subjected to in there.”

“One time, my family contacted a minister but he couldn’t even locate the detention facility that I was being held in. This is just one example about the security services’ violations, which were one of the reasons that pushed us to protest in the first place.”

Most of the time detainees are not referred to court after their interrogations. In fact, they remain at these branches headquarters for quite a while even though the law forbids any detention for longer than 40 days without a trial.

In addition, the locations of detainees are kept secret and they are deprived of their right of legal representation. Hence, families are compelled to bribe officials to find a relative.

S. Mouslimani told Al-Akhbar, “My only son disappeared for over a month and a half. We asked everyone about him, we even went to the National Reconciliation Minister Ali Haidar, and then we found out that he was detained at a security branch. After further investigations, we found out that it was all a mistake due to similar names.”

However, her son was rearrested later. “We found out that his name was not written off the wanted lists. In fact, Syrians are suffering from foreign terrorism and the violation committed by the security services”.

When troubles escalate in a particular branch, a central unit from the capital’s security interferes to fix it. M. Khatib, a Homs resident, told Al-Akhbar, “One time, a Damascus military intelligence force had to arrest members of the military intelligence in Homs. It turned out that some dangerous suspects were being arrested then released mysteriously”.

“Why should we wait for the situation to escalate and for the people to get angry? Isn’t it causing citizens to lose confidence in the state?” she said.

Today, as Syrians discuss a political solution, it is crucial to end violations committed by the security services. Some suggest freezing the security services authorities and assigning the army to protect civil peace and interior stability on a temporary basis. All local forces should be placed under the army’s command in order to reorganize all sectors and to put them under the direct supervision of the state while dismantling armed groups.