The US retreat from the Middle East, Russian expansionism in the region, and an increase in Tehran’s influence in Syria and the region has led the pro-Assad camp to dominate the Syrian file as we witness a decline of other influential regional and international players from the scene 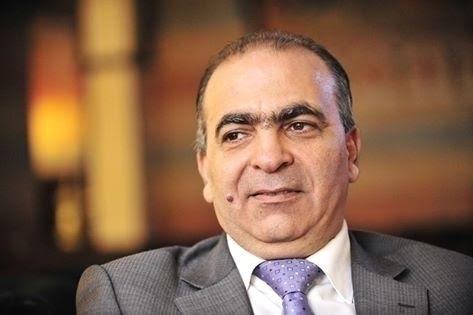 The Syrian revolution is entering a critical stage. The US retreat from the Middle East scene has led to Russian interference in the region, unparalleled since the fall of the Soviet Union. Furthermore, the signing of the Iranian nuclear agreement has increased Tehran’s influence in Syria and the region, leading the pro-Assad camp to dominate the Syrian file as we witness a decline of other influential regional and international players from the scene.

Clearly, Moscow will refuse to accept many options when it comes to the fate of Syria. The Russians are employing a scorched earth policy in the shelling of areas controlled by a number of armed opposition factions. Russia’s military are in possession of large supplies of cheap ammunition, in storage since before the collapse of the Soviet Union, which will be enough to torch Syria and everyone inside, in clear view of unprecedented international indifference.

Moscow has lost nothing from their incursion, except for the downed fighter jet and its pilot, while the armed Syrian resistance remains without proper weapons to defend themselves and the areas they control against the Russian shelling. This resistance mainly consists of armed factions that march behind Islamic banners, which Moscow and other international and regional states are attempting to classify as terrorist organizations. This might explain the Arabic and international silence towards Russia’s brutal shelling that has killed around 800 civilians, according to estimates by international human rights organizations.

The fate of Syria's unity and stability is at a critical juncture. Thus, the opposition delegation entrusted to negotiate with the regime over the future of Syria must define their choices. I believe there are only three decisions which must be addressed:

1. The members of the negotiations committee should agree (which is difficult in itself) to lower their expectations and attend the negotiations at the end of January, expecting no more than the formation of a transitional government of national unity that would be sworn in by Bashar Assad.

Eighteen months later, there will be an election that Assad must run for and may win, according to Russia’s president. This means they should accept the situation as it is and work hard to obtain as much as they can from it. Assad, Moscow and Tehran will accept nothing else under the current balance of forces, as this will only conceal the problems and provide a fragile stability.

Such a stability might easily collapse, and another revolution may erupt due to any change in the regional and international power balance (either a change in Iran, or a new American administration that is willing to retrieve its role in the Middle East).

2. The negotiating body must stick to their position demanding the implementation of confidence building measures and an immediate end to the Russian shelling and the use of explosive barrels, foremost, and the departure of Assad before the start of a transitional period. This will likely result in a division of the negotiating body. It is clear that some of the independent members of the National Coordination Committee – who demanded Kurdish Democratic Union Party (PYD) representation within the negotiating body – are closer to PYD leader Saleh Muslim and opposition figure Qadri Jamil than they are to the Army of Islam and Ahrar Al-Sham Islamic Movement. This will be reminiscent of a time before the Riyadh conference, when the National Coordination Committee, the Moscow-backed opposition and some independents were on one side, and the Syrian National Coalition was on another. The fighting factions will account for a third side, as most of them will likely ally with Nusra Front and other Al-Qaeda-linked factions to start a long-term insurgency that will exhaust the Iranians and the Russians, and destroy what is left of Syria.

3. The armed opposition, and a part of the political opposition that allies with it, could somehow convince their supporters to provide them with advanced weapons to stop the destructive Russian scorched earth campaign. This would be the only way to convince the Russians and the Iranians that they can not impose a political solution that suits only them. This could also help to bring back some measure of balance to the negotiations and probably, a few months later, a solution could be reached that satisfies the aspirations of the Syrian people and helps to combine all the efforts of the people of Syria and the region to fight extremism.

Wasting more time without making any decisions will provide the Russians with the opportunity to impose what they desire through further military interference, especially in the absence of serious international objections to its crimes and the lack of arms that could limit its capacity to commit further massacres.