The US-led war against ISIS has given the major Kurdish powers in Syria, including the PYD, a peerless opportunity to achieve their long awaited nationalist vision of a territorially contiguous enclave east of the Euphrates 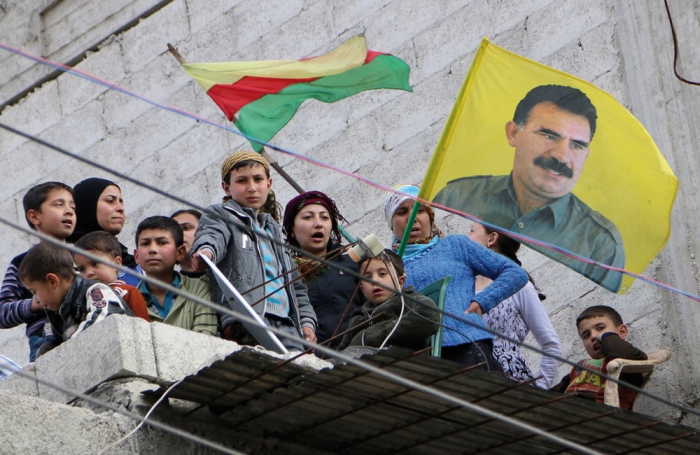 Unlike the Kurdish population in neighboring Iraq, the Syrian Kurdish population is scattered across disparate pockets in the country, where their communities settled following an exodus of Kurds from present-day Turkey in the aftermath of the Sheikh Said Rebellion in the 1920s. Between 1925 and 1943, an estimated 130,000 Kurdish refugees flowed into the former Jazira Province (roughly equivalent to the present-day Hassakeh governorate). In their newly found Syrian hinterland, these new Kurdish communities formed a distinctly Kurdish identity completely unlike the long-established Kurdish communities who had been fully integrated, culturally and economically, within Syria’s main metropolises, such as the ‘Ayyubid’ Kurds who had long been established in Damascus.”

Syria’s earliest post-independence governments had always taken a cautious, careful approach to monitoring and registering migrants. In 1962, the Syrian government, then under the premiership of Khalid Al Azm, undertook an exceptional census of the Hassakeh governorate in October, 1962. In line with the results of that census, and by establishing family linkages to people living in the same province in 1945, the Al Azm government rescinded Syrian nationality from 25,000 individuals, out of a total population then of 110,000. Over time, the remaining population of Syrian Kurds continued to grow, with population centers forming around three geographically disparate communities along the Syrian-Turkish frontier: Ayn Al-Arab/Kobani; the highlands around Afrin; and the Jazira/Qamishli (the “Jazira Canton”) area in the Hassakeh governorate.

The problem is that a large Arab population, and the predominantly Arab town of Tell Abyad in the environs of Raqqa, exist along a 130 kilometer stretch between the Jazira Canton in the far northeast and the Ayn Arab district, along the northern edge of the Aleppo Governorate. Additionally, a wide belt of Arab population divides these two cantons to the east of the Euphrates from the third Kurdish-controlled canton, centered in Afrin (also in the Aleppo Governorate). This geographic dispersal has long frustrated Kurdish nationalists in Syria: their population is scattered across three disparate pockets along 800 kilometers of the frontier, in some cases never penetrating beyond 3 kilometers into the territory of Syria. This of course conflicted with the vision of the Democratic Union Party (PYD) and associated groups, all of which had an ideological commitment to a territorially contiguous Kurdish homeland. To attempt and subdue this reality, Kurdish nationalists coined the name “Rojava” (literally “the West” in the Kormanji dialect of Kurdish) and applied it to the areas under PYD control. This attempt to place a stamp of authenticity on the efforts to impose a Kurdish character on many of the districts of northern Syria conceals not only the large Arab populations living there, but also the fact that there is no recorded usage of the name before 2003, when it was first found in Kurdish Democratic Union literature.

The US-led war against ISIS has given the major Kurdish powers in Syria, including the PYD, a peerless opportunity to achieve their long awaited nationalist vision of a territorially contiguous enclave east of the Euphrates. In that area, the People’s Protection Forces, aligned with the PYD, have succeeded in seizing the town of Tel Abyad, thereby marginalizing an Arab population which got in the way of the links between the two Kurdish enclaves in the Hassakeh governorate (“the Jazira Canton”) and in Ayn Al-Arab. Indeed, the PYD has worked to cement its authority in the town since it was captured, by establishing a semi police force and a local governance council. These institutions will form part of the nucleus of a soon-to-be-established Kurdish sovereign power, all despite the fact that the area in question has only ever recently been imagined to be a part of the Kurdish homeland by the PYD, an ambitious project which extends from more than 900 km along the Syrian-Turkish border and stretches westwards into the Turkish province of Hatay.

On the western bank of the Euphrates, the PYD-aligned forces form the backbone of a misleadingly named “Syrian Democratic Forces”, which also incorporates a small number of allied Arab clans. This militia is now making the most of Russia’s military strikes against the Syrian opposition in the northern Aleppo governorate by pushing eastwards from Afrin and trying to join up with their comrades-in-arms east of the Euphrates. Such an ambitious task would be made more difficult not only by the large Arab districts such as Jarabalus, Azaz and Minbej, but also because of opposition from Turkey and from ISIS forces in the same region. It would also require the Kurdish forces to tackle head on, and subdue, Syrian opposition groups based along the Turkish border.

Undeniably, the PYD has accomplished a very impressive act in its capture of TellAbyad, allowing the group to bring two previously separated Kurdish enclaves to the east of the Euphrates. This stands the group in good stead for a further consolidation of its territory on both banks of the river, as soon as the political and military circumstances would allow it. After all, the PYD has already been the beneficiary of a rare alignment of Russian and American interests, allowing the Kurds to unilaterally declare a federalist autonomous zone.

Today, the PYD is exploiting the suffering they were subjected to at the hands of a crumbling regime, and the international scramble over the Syrian conflict, to fulfill their wishes. This goes beyond their aims of having cultural and administrative independence — indeed, very few Syrians would be opposed to these — but also include a federalist entity that is a precursor to the partition of Syria. If they are to have their way, however, then the Kurds will have to overcome two fundamental issues. The first of these is the densely populated Arab regions within the Kurds’ own sought after homeland. Given the huge financial costs of an ethnic cleansing of Arabs from northern Syria, it seems unlikely that the PYD will be able to achieve it. A second obstacle to the PYD ambitions is the opposition of the majority of Syrians, across the country, to any attempts at division of the country. Thus, the PYD could find itself setting off a prolonged Arab-Kurdish crisis which could outlive even the present conflict. Opposition from the regional powers to anything approaching an independent Kurdish state will serve to put the nail in the coffin for these ambitions: support from both the United States and Russia is good enough, but geography is the sole constant in this equation, with power and the ability to project that power being very fluid.

Since the early 20th century, the Achilles’ heel of the Kurdish nationalist movement has been its championing by global powers who are only too quick to abandon the Kurds as soon as it is expedient to do so. In other words, the confluence of Russian and American interests which results in support for a radical Kurdish group to fight ISIS is not something to take for granted. Only democracy, and the principle of equality of citizenship for all of the peoples of Syria can guarantee that today’s conflict comes to a satisfactory end. When the alternative is a prolonged war in which all communities lose, all of the ethnic groups in Syria must agree a way forward which does not merely use electoral democracy as a weapon to erase one group, nor would it be right for an ideologically aggressive and expansionist nationalism to use a battering ram against Arab Syrians, who have suffered just as much as everybody else.