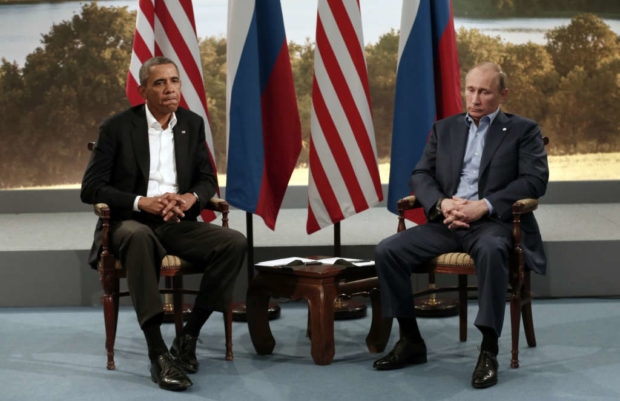 United States Department of Defense and National Security Council executives have been keeping a close eye at Russian President Vladimir Putin watching his every move and anticipating the next Russian step in Syria.

In Washington’s official evaluation of Putin’s moves, Russia has proven very hesitant with delving a step deeper into the Syrian civil war. Putin had already stunned everyone – especially Syrian regime leader Bashar Assad, when announcing the withdrawal of Russian forces from Syria earlier this year. Some would say that Putin had miscalculated the retreat.

The Russian President had relied on both Assad forces and Iranian backing to continue with pressuring the Syrian Opposition- albeit at a slower frequency- post the withdrawal of Russian forces. However, Iranian forces failed Russian expectations.

Dubai’s Orient Research Centre said that the withdrawal was a disaster striking both Assad and his allies.

Putin had hyped the fighting capacities of the Islamic Revolutionary Guard Corps (IRGC), while the latter had done nothing but suffer considerable losses in each of Syria and Iraq. Iranian forces fell short in comparison to combat skills displayed by Russian volunteers.

Russia now works to set a sturdier foothold in Syria, post the late May attack which targeted its airbase. During the attack a Russian fighter jet was reportedly destroyed along with other valuable equipment.

Sources at the Pentagon confirm that Russians have borne far too many human losses in the attack which they didn’t first admit to. Yet spreading forces which Russia once withdrew will not be ample enough to score a decisive move against ISIS and Nusra Front militants, nor will it make a great difference at the Assad camp.

Putin also faces challenges outside the Syria embattlement. One must keep in mind that on July 7-8 a NATO meeting will be held in Warsaw, Poland to approve the deployment of four battalions across Baltic States and Poland, which have border zones with Russia.

Moreover, EU countries will be voting on whether economic sanctions against Russia will be extended beyond July. The sanctions had been imposed over Russia’s support of defectors in eastern Ukraine.

The report issued by the Orient Research Centre affirms that should Russia move forward with a full-scale escalation in Syria, its international consequences would be severe. Putin also faces challenges back home, most of which stem from the public-opposed economic policies adopted by his administration.

According to Washington calculations, Russia will be taking restricted moves in Syria as to merely balance out the weakness in performance caused by the Iranian forces. Nevertheless, Russia will not go any further in fear of facing greater international risks should they do so.

Furthermore, Putin understands that the Obama administration looks forward to saving its reputation through bringing home a military victory against ISIS, in the upcoming stage.

With military escalations against ISIS and Nusra Front taking place in northern Syria, each of Syrian, American and Russian forces are being forced towards further collaboration as to avoid conflict.

The case of growing mistrust between both Russian and American armies concerning the Ukraine dispute will take long to rectify, should it ever be mended.

Moreover, the coincidental cooperation in Syria, established to prevent tactical confrontation, between Russian and American forces would grant the U.S. access to a direct alarm system should Russia opt to renege on its stances and go for a power showdown.

However, it’s a far reach for Putin to plunge head down to a face-off given the numerous other conflicts he faces.