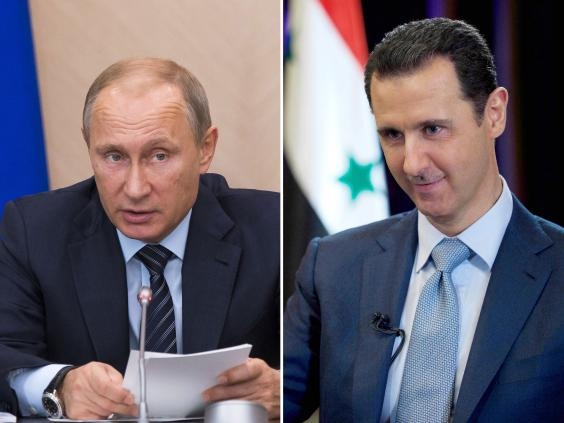 The sources said that President Vladimir Putin met Assad and presented him with all the points of the planned Russian-US military cooperation to begin in August, in addition to the stage following a Syrian peace deal, specifically the issue of the Syrian-Israeli settlement, presenting the draft reached by the team of former US President Bill Clinton at the end of his term around the occupied Golan, saying it was suitable to form a basis of understanding around the Syrian-Israeli settlement.

At the time, this draft was worked on by Martin Indyk, who is a candidate to be the official for the Arab-Israeli settlement in the team of Hillary Clinton if she wins the upcoming US election.

These sources added that Iran had been informed about the results of Assad’s secret trip and that it had sent positive indications in this respect, adding there was no doubt that the results of this meeting composed a real motivating force for the progress which will begin to appear in the coming months. But they acknowledge that returning to the negotiating track around Syria soon will not mean achieving a settlement, which will be left to the coming American administration in February or March next year.

From now until the end of this date, political angles and field success will rotate: First in Aleppo in terms of the completion of the siege, although without entering the eastern part of the city to maintain a minimum Turkish presence, as Iran is eager not to exaggerate in making a complete reversal in the Aleppo equation. And second in Mosul in Iraq, and Raqqa and Deir-ez-Zor in Syria in terms of putting an end to the state of ISIS.

This could be what is behind the escalation of ISIS operations in Europe, which have taken on a violent and tragic character, as with what occurred in the Normandy church attack this week. According to experts, the ISIS leadership wants to restore its luster which was based on crimes of sickening violence. Second, and more important, it creates a division between European communities and their Muslim constituents, pushing both sides towards radicalism.

This theory was strengthened by information obtained by the American and European intelligence agencies about the leader of ISIS issuing instructions to all his followers in Europe to remain where they are and not come to Syria in preparation for a stage of great violence inside the continent.