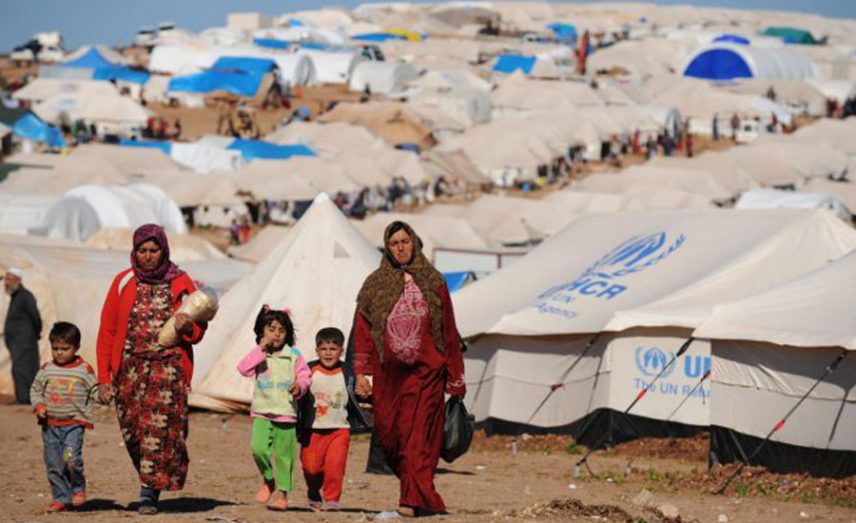 The battles which have erupted in Syria for years have led to cases of divorce because of physical and psychological abuse, an issue which is known legally as "abusive divorce." In light of the absence of any legal accountability, women usually do not receive any compensation or payment despite being responsible for the children their husband abandons.

Umm Mohamed miscalculated when she thought that surviving death in a bombardment would return her to her normal life, since the bombing caused her to lose her leg and shattered her family life because of her separation from her husband.

The woman, 37, told Sada al-Sham: "The Abideen camp which we were living in was struck by barrel bombs from regime warplanes. I lost my leg and the nerves of my hands were paralyzed. After that, my husband divorced me."

She added: "I returned to my old home in the southern Idleb countryside with nine children, the eldest one 16 years old, after my husband abandoned me and left me without any money to support the children. He married another woman who was not wounded."

Like Umm Mohamed, the fighting which broke out in Syria years ago had led to cases of divorce because women have been wounded physically or psychologically, which has led to some husbands abandoning them.

To add insult to injury, these women have not obtained any compensation from their husbands to enable them to continue living, while many of them have difficulty starting new jobs because of the effects of the wounds which has made many of the wounded women disabled.

Sada al-Sham met with a group of women in Idleb province who had been divorced as a result of the physical and psychological damage from fighting, without any ability to force their men to pay compensation.

The air raid which struck the home of the Seham family in the Idleb countryside in September last year did not only result in the amputation of her foot but also killed her two children and a third infant who she was pregnant with.

The woman's tragedy did not stop here, however. After her foot was amputated, her husband married another woman — just 10 days after the incident.

The woman, who is 25 years old, says: "I went to my family's home in Turkey, and got an artificial limb, and then went back to my husband's home in Syria and they received me for two months."

During this time, the woman was subjected to insults and physical abuse from her husband because she had lost her leg. The story ended with divorce, when the family of her husband informed her that they had received her for this period in accordance with social customs in order to avoid the gossip of the surrounding community. So she returned to her family without her children, without her leg, and without her "husband."

The UN Office for the Coordination of Humanitarian Affairs said in a report published in December that almost 2.8 million Syrians suffer from permanent physical injury because of the constant fighting in the country.

Seham's story does not differ from the story of Umm Samer, except that the latter was divorced because of a physical ailment and not as a result of bombardment.

Umm Samer told Sada al-Sham that her husband divorced her before the revolution because of developmental dysplasia in her leg, which forced her to undergo surgery to grow a new joint. She said that she had returned to her university studies which she had left because of her husband and was now in the second year of English studies, along with her work as a seamstress to support herself, despite age and an exceptional health situation.