Ain al-Medina speaks to former female inmates about the social rejection and suffering they face after being released from prison, as many return to collapsed relationships as well as exclusion from families and friendship circles 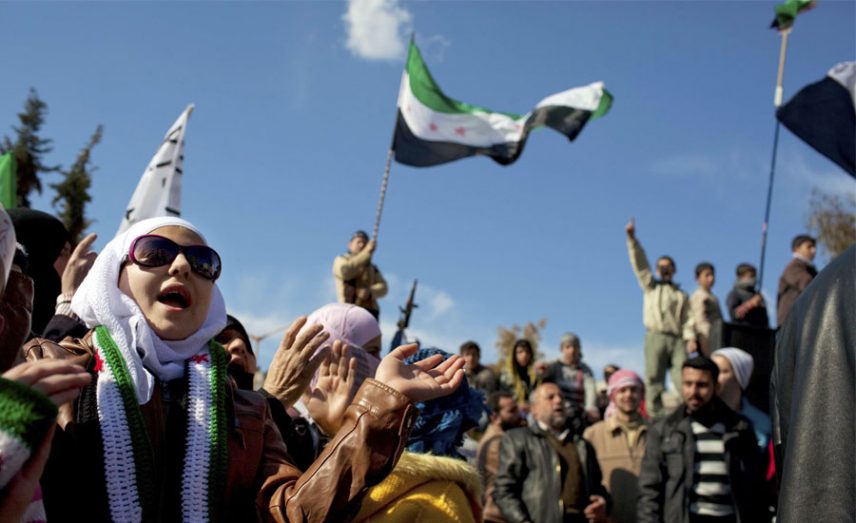 Women who have been imprisoned in Syrian jails often tell stories of psychological violations, physical assaults, and cases of torture. But for many of them, the emotional and physical suffering they endure after they are released is even worse.

When Luna Watfa refused to reveal any information to her interrogators, they took her 17-year-old son and threatened to torture him. She says: “They put his hands behind his back and his shirt above his head and took him away.” Luna, who is now 35 years old, was calling for greater civil rights when the popular revolt in Syria broke out in 2011. When she saw Assad’s forces firing on people and hitting protestors, she decided to devote herself to documenting what she had seen. In January 2014, she was arrested by policemen on a Damascus street. They took Luna to her house, demanded her computer, and arrested her son, threatening him as well. She says: “I tried to tell them they didn’t have the right to take him. The policeman looked at me and laughed, saying: ‘I am the law. I can do what I want.’”

Mona Mohamed Abboud, 29 years old, was a teacher at the start of the revolution and a fierce and open opponent of the regime. She was arrested by security forces twice. She says that during the 63 days she spent under arrest in 2014 she was tortured through electrocution, beating and starvation. She still suffers pain from the torture. “There was no life in prison. It was only hell and hunger. The security forces do not try to kill you. They want you to stay alive — just barely alive, no more.”

Luna and Mona are the tip of the iceberg when it comes to women arrested and violated by the Syrian regime since the start of the revolution. There are no official figures around the number of women who have been detained in government prisons but a report issued in November by the UK-based Syrian Network for Human Rights indicated that more than 8,400 women, including 300 girls, are currently being held in regime prisons, and that about 5,000 women were reported to be held captive by hardline groups. Many of the women faced brutal and violent physical treatment in detention. But it’s the conflicts they face after being released — exclusion, shame, broken relationships and health issues — that can be harder to adjust to than the detainment.

When Luna was in the Al-Khateeb prison in Damascus she was once beaten so badly that she was unable to walk for three days. She was not raped, but she and other women were the subject of sexual harassment. Mona says that the director of the Adra Central Prison told her that he would be able to secure better food and send messages to her family if she slept with him.

However when they were released, both Luna and Mona found that some matters were worse than the horrors of prison, partially because of the strong belief that female prisoners face rape, and so that family and friendship circles moved away from many victims as soon as they were released.

Sakhar Idriss, from a group that works with Syrian female prisoners, says that his team often finds former prisoners suffering from social rejection and the collapse of relationships after they are released from prison. “Many are divorced from their husbands after they are released or are married forcibly to a person they don’t want, or, as a response to the community, they take off their veils and travel to Europe, far from their mothers, fathers and communities.”

Luna says: “One says that the regime did not take anything but one’s soul. The thing that pains me most is that after I was released and saw my children, I did not feel anything at all. The worst thing in my imprisonment is that they took away my feelings.”

Sima Ansar, the author of a report about this issue, said that the imprisonment of women in Syria contributed to breaking up Syrian society and in forced displacement.

Former prisoners often try to find a ray of light in the dark chapters of their pasts. Luna and Mona both work to reduce the stigma that surrounds these prisoners. Mona says: “For me, the biggest goal is not to betray my friends in Adra prison.”

Last November, Luna received news indicating that her sons would be permitted to join her in Germany. She wrote in a recent WhatsApp message: “They are here, and everything is as it should be. I can rest better now.”