Political opposition stands its ground against attempts by Moscow to influence the make-up of its negotiating delegation at the upcoming Geneva talks, while the US presidency begins meetings with UN and regional leaders on the Syrian issue, Sada al-Sham writes 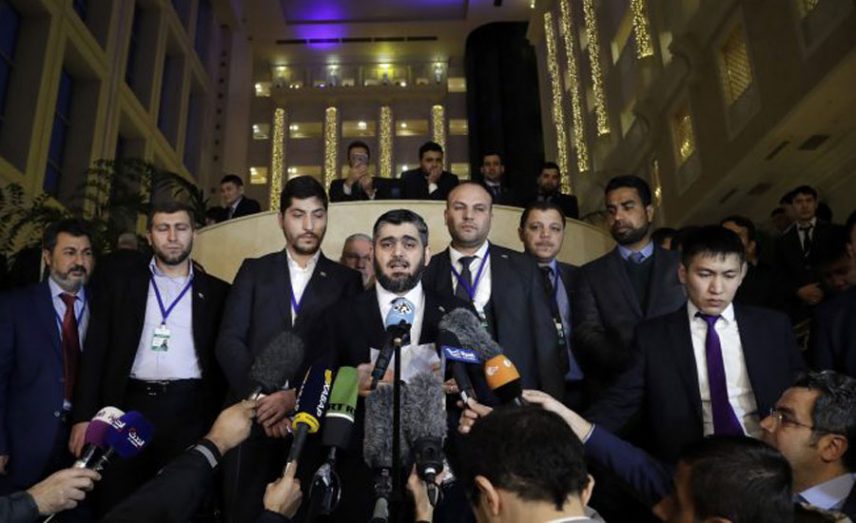 Preparations are ongoing for the Geneva meeting expected to be held on February 20 between the Assad regime and Syrian opposition delegations amid attempts by both sides to orient the meeting toward their own priorities and particular vision. Meanwhile, Russia is applying pressure to place bodies and figures beholden to it and to the Assad regime inside the Syrian opposition’s delegation. The opposition has rejected this pressure claiming it has the exclusive right to form its own negotiating delegation while stressing its commitment to the authority of Geneva and the resolutions issued by the Security Council.

In this context, the Turkish capital Ankara has hosted a meeting between the Syrian opposition delegation with Russia and Turkey, during which the opposition delegation renewed its demand to Moscow to implement its pledges to have the regime and its militias adhere to the ceasefire truce before arriving to the Geneva conference. The opposition has said it will not attend the meeting if the ceasefire is not consolidated on the ground in addition to implementing humanitarian measures such as stopping bombardment, delivering humanitarian aid and releasing prisoners, in particular women.

The Riyadh meeting comes amid Russian attempts to include the Cairo, Astana and Hemeimeem “platforms” into the delegation. According to Riyadh-backed figures, the stance of these groups lies closer to the regime’s positions than to the rest of the opposition, while the UN envoy Staffan de Mistura threatened to form a delegation himself if the opposition is unable to do so.

Opposition parties have rejected de Mistura’s calls to intervene and consider the threats to be outside the powers of the UN envoy. They stressed that the final word in forming the opposition delegation will go to the meeting of the High Negotiations Committee, which is the only entity authorized in this matter, without ruling out some amendments to the Astana delegation and without being subject to foreign instructions.

If the Syrian issue has become recently confined to a few specific capitals such as Moscow, Ankara and Astana, in addition to Tehran and Damascus, with interventions from some UN representatives, then the new American administration under the presidency of Donald Trump has begun to grow closer to the Syrian scene through a number of doors. The new US Secretary of State Rex Tillerson met in Washington with the UN representative to Syria Staffan de Mistura in their first meeting to discuss the situation in Syria. This was days after Trump announced his desire to set up safe zones in Syria to shelter Syrian refugees who were fleeing the war, an issue which Trump had discussed with Jordanian King Abdullah II during their meeting in Washington last week.