Many of the displaced Syrians who have found their way into Turkey are struggling to find work, and when they do, they struggle with low wages and a constant risk of unemployment 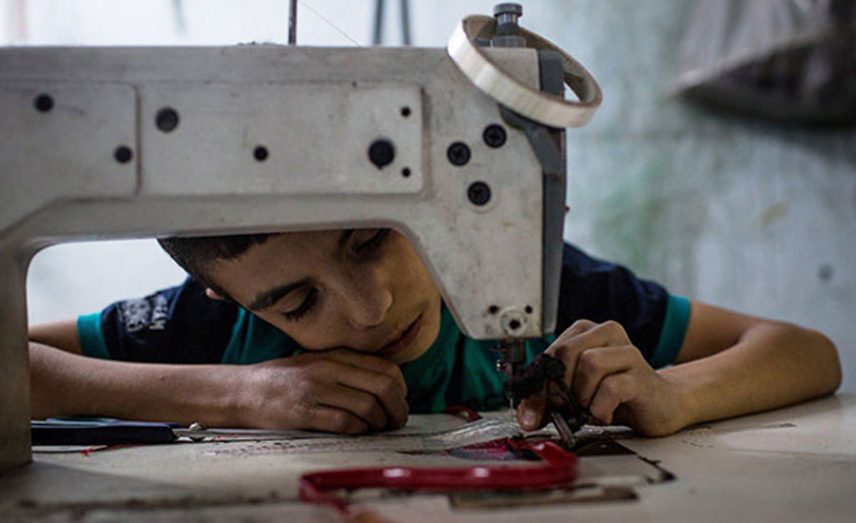 Over the past five years, Turkey has witnessed a large wave of displaced Syrians leaving everything behind to find themselves forced into the Turkish labor market to secure their daily livelihood. Many of them were forced to work in new professions, quite different from those they had practiced in Syria.

Some others were meanwhile able to obtain work opportunities in their areas of specialty back in Syria, with varying wages depending on the professions, or even within the same profession. Others have not been able to obtain work to sufficiently satisfy their needs. Many have also frequently been laid off, as work opportunities have dwindled in Turkey over the winter, with factories laying off many Syrians or giving them open-ended leaves without pay.

Many Syrians, in need for work, have had to resort to professions they did not work before. It is doubly challenging for them, as Syrian workers have not mastered the Turkish language, which has limited their choices further. Therefore, Turkish factories and workshops have often been the most appropriate choice, even as these places are known for hard labor and long working hours. Syrians’ wages are also less than the those of their Turkish counterparts.

Ahmed Lababidi, 22, came to Istanbul from the city of Binish in the Idleb countryside a year ago. He says: “I worked in a factory for 800 Turkish liras a month. The Turkish workers doing the same work received 1,300 liras, even though the Syrian laborers here have more professional skills than the Turkish workers.”

Many Syrians work for daily wages in various and different vocational workshops, such as construction, textiles and plumbing. This work requires at least 10 hours a day of hard labor and the work is often subject to premature termination.

Abu Wassim, the head of a family of five, says: “I worked as a painter inside a Turkish workshop for 50 Turkish liras a day, while the Turkish colleagues were paid 80 liras. We were out of work for more than half of the month.”

In contrast, some Syrians who have skills in trades such as carpentry, furnishings, metalworking, electronics and others have been able to find work among Turks in their same specialties, especially as these professions are in demand in Turkey. Therefore, those who have skills work in the middle level, which, in Turkey, means working as an instructor or supervisor with a high salary of no less than 1,500 liras.

Graduates of the English language have been able to find appropriate opportunities and good salaries through working as translators for Syrian and Arab institutions or Western organizations. Some have not been able to find work at Turkish companies, who hire workers with a good command of the Turkish language as well as English.

Workers in the media were previously able to find work with the Arab media, especially in light of Turkey becoming a base for much of the opposition media, including Syrian, Egyptian and Yemeni outfits. The income of the Syrians who worked with media productions was higher than those of other professions, as salaries are mainly paid in dollars.

However, the Syrian workers’ problems are not limited to long work hours and low wages. Many also suffer from scams by some employers who take advantage of the lack of laws and regulations protecting Syrians’ rights.