The flooding of the labor market in southern Turkish cities has resulted in widespread exploitation of Syrian refugees, who sometimes work for $3 a day, opposition outlet writes 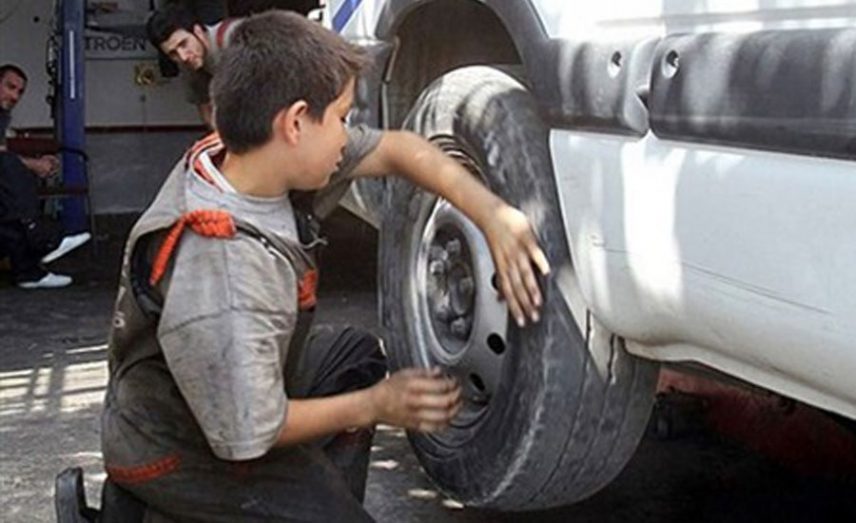 Not yet 10 years old, Ahmad spends most of his time in the streets of the city of Kilis in southern Turkey, offering passersby a chance to buy a packet of biscuits in order to make a little money for him and his mother to bear the daily expenses of the family.

There are many stories in Turkey that resemble Ahmad’s. The daily demands of life do not accord with the income of some Syrian workers in Turkey, especially given that the flooding of the labor market has let to widespread exploitation.

Amongst the vendors in the streets of Gaziantep, near Kilis, observers can see dozens of children working in the streets in various fields, such as scrap collecting and selling tissues, cigarettes or socks.

However, the matter is not limited to children, as many elderly people and women engage in the same work, most of them Syrians.

During our visit to Gaziantep, we encountered a Syrian woman – accompanied by three children – selling socks in the central market, calling out slogans to attract the attention of shoppers.

“I live in a crowded district in the city and my rent is 250 Turkish lira,” she said. “All my monthly expenses are no more than 900 Turkish lira, and I don’t think that the situation is getting better in the future. The only thing that concerns us is making ends meet legitimately.”

Today about half a million Syrian refugees live in Gaziantep. According to United Nations High Coordinator for Refugees statistics, the number of Syrian refugees in Gaziantep reached 325,000 at the start of the year, while there are thousands who are not officially registered and have not received temporary residency.

The number of children working in the city of Gaziantep ranges between 5,000 and 6,000 according to the Syrian Organization for Human Rights, and they are exploited by imposing heavy labor on them that is not appropriate for their ages or the wages they receive, with the pay often low and barely enough to supply part of their family’s needs.

Thousands of Syrians now work in Gaziantep in various fields, some of them having opened private projects or moved their own businesses from Syria to Turkey. The largest portion have gone to work in Turkish factories or workshops for fixed monthly salaries.

The working class suffers from low monthly wages which range between 500 to 1,500 Turkish lira ($140-$420).
Qusay, a child who is not yet 18 years old, has worked in a plastic factory in Gaziantep for almost two and a half years. He says: “Every week I get 150 Turkish lira, and that is an increase as it was previously 130 lira.”

This child, who contributes to his family’s living expenses, hopes that the instructor, as he calls him, will increase the weekly wage in the future. Speaking with regards to his shifts he said: “I have one day off a week and my shifts each day are from 8 a.m. to 6 p.m.”

The situation of Qusay seems better than other youths we met, who were working for unreasonable wages who nevertheless said they were happy with them.

Louay, a young Syrian man living in Gaziantep for about four years, told Tamaddon: “There are thousands of Syrians living in Gaziantep without work and who are satisfied with even paltry wages. One of my acquaintances is working now in a Turkish butcher shop and receives 10 Turkish lira a day in exchange for six hours of work, and he’s happy with this wage, and is always saying that he is working and thousands of others have no work.”

He adds: “Myself I stopped working about two months ago and now I have to spend the money I saved while I was working. A few days ago a Turk promised to find me work in a food factory, but despite the promise I go out to the industrial area every day to look for work there.”

Louay lives with six young men in a youth hostel with each paying 100 lira per month for a place to sleep in the house.