Western-backed forces accused of shelling civilian neighborhoods as the fight for the heart of the 'caliphate' continues, Souriatna writes 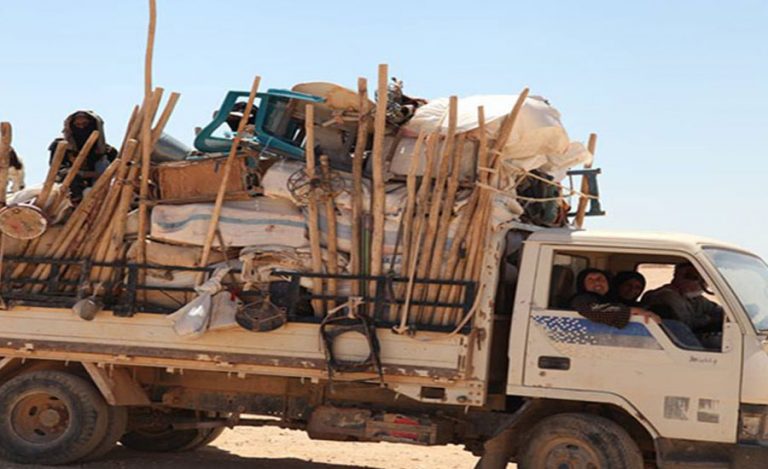 The province of Raqqa is witnessing a heated race between the forces of the regime and pro-regime militias on the one hand, and the Syrian Democratic Forces on the other for control of the main Islamic State (ISIS) stronghold.

The SDF continued advancing in the city of Raqqa, taking control of the Batani neighborhood east of the city after fighting with ISIS, and headed toward Rumaila amid fierce resistance through snipers, drones and mines were deployed to obstruct the advance.

These developments come two days after the SDF announced it was sending new military reinforcements to the western and eastern sides of the city of Raqqa, including a thousand fighters which received training in camps under the auspices of the U.S.-led international coalition.

The SDF is currently in control of neighborhoods in the eastern part of the city of Raqqa, and the Romaniyeh and Hittin districts on the western side of the city.

Activists also documented hundreds of shells falling on neighborhoods of the city, which came from the SDF and international coalition forces and killed several civilians and damaged property, as the coalition continued to raid the city.

Meanwhile, in the Raqqa countryside, ISIS carried out a series of suicide attacks targeting the sites and gatherings of the Syrian Democratic Forces, which is led by Kurdish militias.

On the other hand, the regime continues to race to Raqqa where it has taken control of large areas in the southwestern countryside at the expense of ISIS.

This development completes control of the eastern Aleppo countryside and the international highway between Rusafa and Athria.

But the regime has lost one commander of its forces, Wael Zeidan, commander of the Al-Sahabat Regiment, during clashes with ISIS in the southern countryside of Raqqa.

The regiment is one of the most important units, formed two years ago by the infamous Brig. Gen. Suhail al-Hassan, known as the Tiger. It has participated in the battles of Aleppo, Hama, Raqqa and Palmyra.

Zeidan, from the province of Tartous according to loyalist media, was killed with a number of his soldiers during battles with ISIS.

Regarding the situation of civilians, the representative of the United Nations High Commissioner for Refugees (UNHCR) in Syria, Sajjad Malik, said: "Scores of civilians fleeing the city of Raqqa are terrified after their families have been disrupted and their lives have deteriorated."

"Even if the military operations are over in Raqqa, people will suffer from a humanitarian crisis and trauma, and many children currently suffer panic attacks from the sounds of the warplanes," he said.