Displaced people in Hawijat Qati are calling on the SDF to help secure safe passage as the Assad regime bombards the district, Souriatna writes 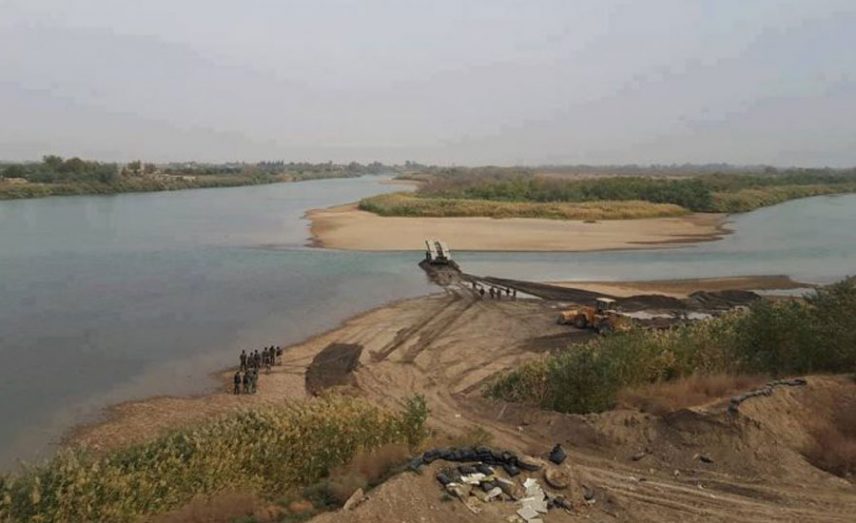 Fearing a return to areas under Assad regime control, people under siege in the area of Hawijat Qati in Deir-ez-Zor are enduring difficult humanitarian conditions in light of the impossibility of reaching the other bank of the Euphrates, which is under the control of the Syrian Democratic Forces.

Meanwhile, clashes are continuing in the area of Albu Kamal, the last stronghold of the Islamic State (ISIS) group in the eastern province, which it is desperately defending amid a fierce attempt by regime forces on one side and the SDF on the other to take control of the strategic city.

Now lacking the most basic elements of life, hundreds of civilians who are facing regime siege and bombardment in the area of Hawijat Qati are calling for assistance in allowing them to cross the river.

Military expert Mahmoud Ibrahim estimates the number of those under siege in Hawijat Qati at between 300 and 500 people, who are threatened with death, either from starvation or from fire as a result of the regime using internationally banned napalm bombs. He said that the solution would be to impose a water crossing of just 100 meters with air cover from the U.S.-led international coalition, for the besieged to reach the SDF areas on the opposite side in the town of Al-Husayniyah.

The director of the Justice for Life Organization, Jalal al-Hamd, said that “those under siege are suffering from the loss of food and baby milk. On the fourth of this month, a number of them were able to cross the river to SDF areas, while the rest remain under siege with the continuation of regime bombardment, and snipers every time they approach the river, while at the same time the Islamic State group is preventing them from leaving so that they can use them as human shields.”

The SDF media center claimed that they were ready to give all necessary assistance to preserve the lives of the civilians, but one of those under siege in Al-Hawija told Reuters that the SDF is deliberately lying to residents, adding that every day the forces claim they will allow civilians to enter, but that this has not happened.

The same source said that any person who was wounded by bombardment was likely to die because he would bleed to death in light of the absence of medicine. He added that those under siege were eating tree leaves, especially given that they do not have boats to cross to the SDF areas and that if they return to the regime areas they will be killed.

Meanwhile, the race toward Albu Kamal is continuing, with the regime forces trying to preempt events, declaring through its media that it has taken control of the city before the ISIS presence is finished there. However, ISIS militants surprised regime fighters with a heavy attack and was able to expel them from the city. This put the regime in an embarrassing position in front of its supporters after it officially claimed to have taken Albu Kamal.

Ibrahim, the military expert, told Souriatna that the regime has taken control of Albu Kamal in terms of “cover” but not practically on the ground. “This is what pushed it to declare control over it through its media. However, the [ISIS] organization surprised the regime with counterattacks which inflicted heavy damages in its ranks,” he said.

Ibrahim added that “the regime has been able to advance quickly toward Albu Kamal as a result of its attack from two directions — the first by way of the southern desert road, and the second from the Iraqi border through the Iraqi Popular Mobilization Forces militias, which took control of the border city of Al-Qaim and entered Syrian territory toward Albu Kamal.”

In contrast, the SDF, with participation from the Deir-ez-Zor Military Council and local groups, managed to take full control over the northeastern countryside of the province as part of its “Jazira Storm” campaign.

This followed the SDF's capture of several villages after clashes with ISIS militants, in addition to taking control over the town of Merkada and a number of villages in the countryside of Hassakeh, thereby ending the group’s presence in the area from Hassakeh to Deir-ez-Zor.

Sources told Souriatna that major reinforcements from the SDF had reached the eastern countryside of Deir-ez-Zor with the aim of advancing toward Albu Kamal first, and that the ability of the SDF to reach there was tied to international agreements between Russia and the United States.