Are the recent arrests of key Hay’at Tahrir al-Sham members evidence that the group is severing ties with Al-Qaeda? Ayn al-Madina explains 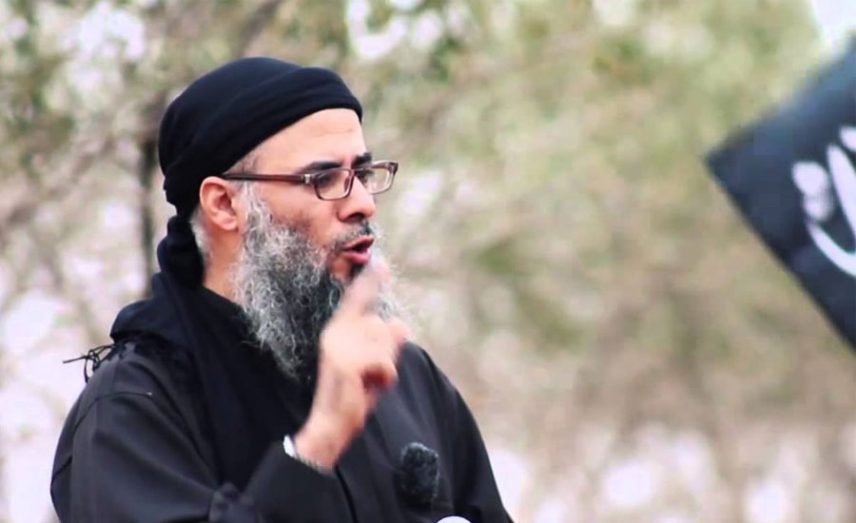 Days ago, Hay’at Tahrir al-Sham (HTS) issued an official statement in which it said it was trying to establish a “Sunni entity mobilizing the energies of the people of Syria,” but added that “some people with narrow views have sought to undermine this structure and have spread lies.” In response, the statement said, they were sent to the judiciary after the failure of efforts at reconciliation and containment and with the increase of their harm and corruption.

HTS recently carried out a campaign of arrests which affected first- and second-class commanders in its ranks, most notably Sami al-Aridi, known as Abou Mahmoud al-Shami, a Jordanian Salafist-jihadi. Shami was of the most important Shariah clerics in the Nusra Front, whom Abou Mohamad al-Jolani acknowledged in his Al Jazeera interview in 2013 had taken a senior role in the group.

The arrests also affected Eyad al-Tabwasi, a Jordanian Salafist known as Abu Julaybib al-Urduni, the previous governor of Daraa for the Nusra Front, before he split from the group and announced he was cutting ties, taking hundreds of fighters with him.

The defectors announced they were joining Al-Qaeda directly. This was in addition to Abou Suleiman al-Suri and Abou Hajer, both Ansar al-Furqan commanders. Abou Suleiman previously served as a military commander in the Nusra Front.

The three detainees comprise the leaders of the hard-line and extreme current in terms of their views toward the countries inside and outside HTS. They take their views and positions from the literature and methodology of Al-Qaeda, unlikely Jolani, whose methods are pragmatic in all his dealings and positions toward the revolution and its rebel groups. It’s true that most of those arrested were non-Syrian “muhajireen,” but the campaign did not only target foreigners, also affecting all those who served as a barrier to Jolani’s project.

Reactions quickly began to appear among HTS constituents, with a number of statements issued condemning the arrest of the commanders and calling for their immediate release. Among the most important statements was from the Jaish al-Nusra (a HTS special operations force) in Idleb and the Ajnad al-Sham Islamic Union, as well as other statements signed by a large number senior HTS members serving in a military, Shariah and administrative capacity, most of them non-Syrians, while Saudi-born Abdullah al-Muhseini, who calls himself an “independent preacher,” as usual called on the sides to meet before the Shariah court.

For his part, the Al-Qaeda leader Ayman al-Zawahiri came out with a recording in which he opened fire on Jolani, accusing him of “breaking the covenant” and announcing his rejecting of turning HTS into a solely local project, saying that he did not accept Nusra’s dissolving allegiance, and added: "Allegiance between us is a binding contract which cannot be breached."

The message of the Al-Qaeda leader comes as a threat to Jolani, with Zawahiri calling for “Al-Qaeda soldiers in Syria” to communicate with the Al-Qaeda leaders directly, adding that they are ready to serve them, in a reference to the birth of a new branch of Al-Qaeda in Syria harboring the defectors from HTS. However, he proposed canceling this idea on the condition that “all mujahideen unite and establish an Islamic government.”

According to the researcher and Islamist group observer Abbas Sharifa, Jolani has a pure authority problem, as coinciding with the political investigations and international understandings in the region, in which HTS is the spearhead in the western Aleppo and Idleb countrysides. Jolani, he said, is looking for international recognition, and this may explain the formation of the civilian bodies under his authority in these areas, and his pragmatism around the “war on terror” issue, as he is now fighting on two fronts at the same time — against the Islamic State group and Al-Qaeda. Sharifa added that Jolani’s move is unprecedented, to the extent that he is even “fighting terror” elements inside his own group even more than the U.S.-led international coalition.

It seems that Jolani is trying to draw on the experience of Hezbollah in Lebanon, and for that reason has moved to curb the voices which are expected to deviate from the flock. As such, the alliances of interest which he is forming are nothing more than tactics to weaken and disperse his rivals before pouncing on them.

However, with the rebellion of the group’s soldiers on Al-Qaeda’s call, in addition to Zawahiri’s speech, will HTS remain coherent, or will the coming days see the birth of a new branch of Al-Qaeda in Syria?