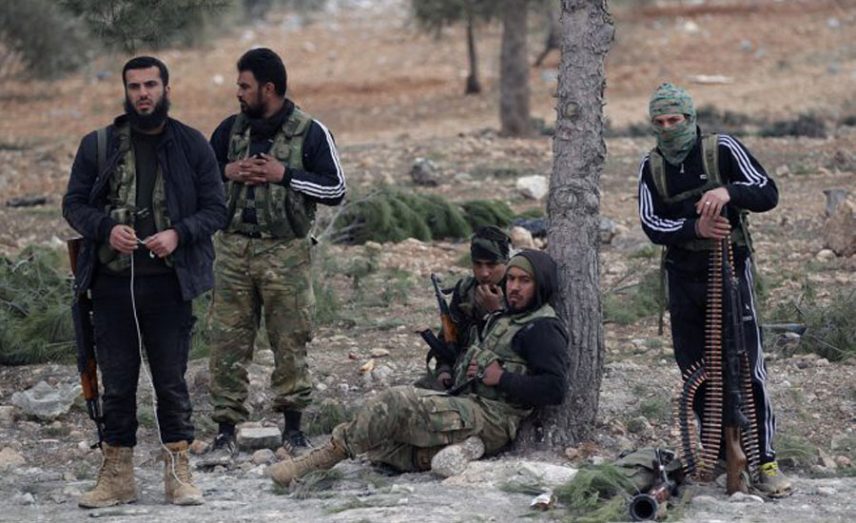 America and the "Freinds of Syria" countries will end their military and financial support for Free Syrian Army groups at the end of the month, Syrian rebel sources have confirmed.

The sources said that all the groups who benefit from this support had been informed of the decision that December would be the last month that fighters of these groups would receive their salaries.

The military operations and support coordination room, known by the acronym MOM, has overseen support and supplying of “moderate groups” with money, ammunition, training and some weapons since 2014.

A commander in the First Coastal Division, who asked not to be named, said: “The groups were informed around three months ago that the support would end without a reason being given.”

He added that there were a number of factors that contributed to this, including “a change in American policy and its concession to Russia on the Syrian issue, the changing of the situation on the ground, and the decline of most groups in favor of Hay’at Tahrir al-Sham.”

Responding to the possibility of there being a link between this decision and the developments in the international negotiations, the military commander said it was too early to talk about a real solution on the ground as long as President Bashar al-Assad did not comply with international resolutions.

“The United States has not been honest for one day in giving sufficient support to the opposition groups as they did with the Kurdish People’s Protection Units, because Assad was not one of their priorities,” he added.

For his part, the military commander of the Jaish al-Azza rebel group, Mustafa Marati, told Sada al-Sham that “MOM stopped support for Al-Azza four months ago because of accusations it was fighting against the Assad regime.”

Marati added that one of the most important factors for stopping the support was “the desire of the backers to stop fighting against regime forces and not to respond to its violations.”

A defected officer from the regime forces, Mohamad Khalil, said that the groups had achieved important victories before the start of the MOM operations, and at the time the fighters had “secured their salaries from the spoils of fighting.” He added that despite the negative impact of the decision today, it “liberates the groups from all the pressures they had endured and frees them from all burdens.”

Khalil said that the United States, through this support, had “played a negative role toward the revolution, given its many interventions in affairs on the ground and forbidding the groups from obtaining effective weapons, especially anti-aircraft weapons.”

Khalil did not rule out that this decision could be temporary to pressure the groups to accept new concessions on the ground, including allying with Assad’s forces to fight Hay’at Tahrir al-Sham, which is something all the groups reject.