Partners have resorted to faking the birth of their children in order to be pulled from years of active duty, Enab Baladi writes 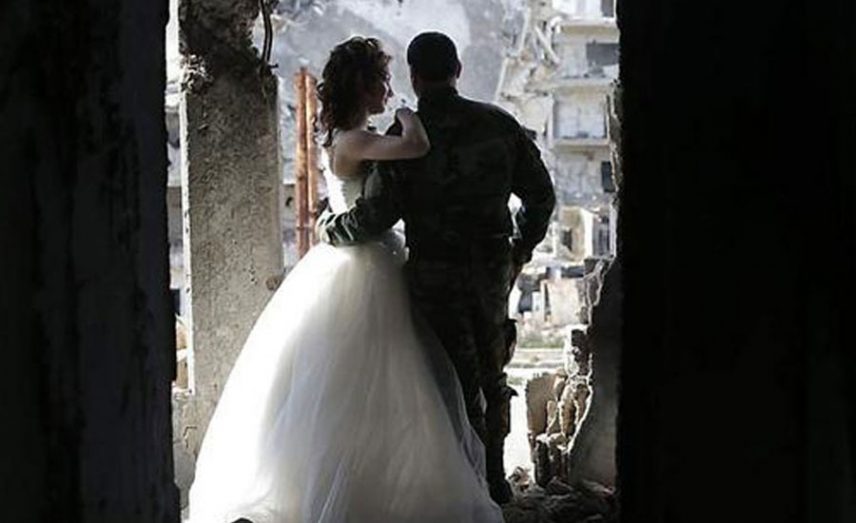 The retention of military personnel in the ranks of President Bashar al-Assad’s forces has led to an increasing number of decent citizens circumventing the law through marriage and deception.

Reem tells her story as she walks down the corridors of the Magistrate's Court in Damascus to finalize the divorce between her and her husband Louay, who is currently in military prison for evading service.

“I resisted my parents and insisted on marrying the man I loved, despite the fact that he was still in service. My parents gave in to my wish and they wanted to help us financially so we could begin our lives in the hopes that a decision would be issued to demobilize my husband soon after he was retained [after the end of his military service] for more than two years at that time. But that did not happen,” she says. Reem has lost all hope of her husband being demobilized.

Since the start of the Syrian revolution, the regime has begun to retain conscripts, with Group 102 being on active duty since May 2011. Officials have denied rumors and talk about them being demobilized, despite most of its members being killed.

As the engagement period grew longer, Reem’s parents began to complain and asked that the marriage be completed quickly “to quiet people’s tongues.” Along with her husband, she began to obtain the necessary marriage documents in the court. One of the papers required was the marriage license from the conscription directorate. When her fiance went to obtain it, the authorities refused to grant his license. A lawyer advised him to submit a claim establishing the marriage instead, as it does not require a statement from the conscription directorate.

Reem is not alone, as the halls of the courts buzz with stories of women like her who were forced to claim there was a child they had not given birth to. After many young men have started serving in the army or left regime-controlled areas to neighboring countries or opposition areas, women have become threatened by spinsterhood. Many of them who were engaged from outside Syria have been unable to leave the country and complete their marriage because of harsh visa restrictions for Syrians.