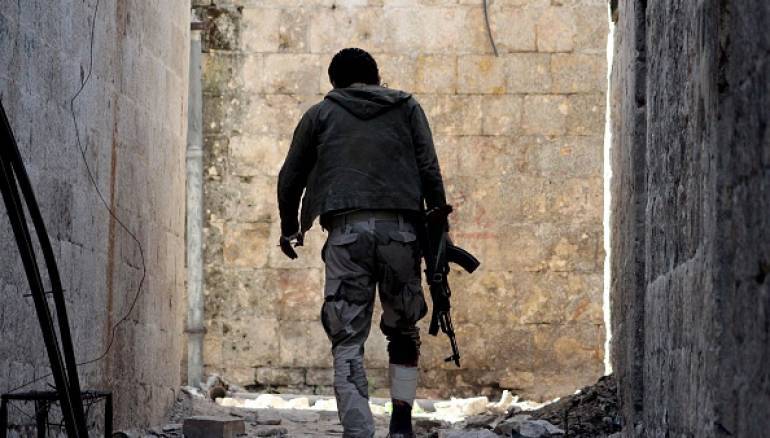 The Syrian regime is planning to deport Islamic State (ISIS) fighters in southern Damascus suburbs to an area at the edge of the Israeli-occupied Golan Heights, sources told Zaman al-Wasl.

The Yarmouk Basin, which is under the control of the Khaled bin Walid Army, an ISIS-affiliated group, seems to be the final destination of ISIS fighters currently based in Al-Qadam and the Yarmouk Palestinian camp.

The negotiations with ISIS are still underway, as logistic obstacles may force the regime to use its aircraft to evacuate the militants and drop them in Yarmouk Basin, since the area in the western Daraa countryside is surrounded by the U.S.-backed Southern Front.

The Khaled bin Walid Army was formed in May 2016 and is an alliance of several jihadist groups, the largest of them the Yarmouk Martyrs Brigade, which has been listed by Washington as a terrorist group.

The Syrian Observatory for Human Rights said the Khaled bin Walid Army is estimated to have some 1,200 fighters and controls territory along the border with the occupied Golan Heights.

The regime's forces and ISIS fighters on Saturday agreed to cease fighting after four days of clashes.

The regime army ordered ISIS to retreat from Al-Qadam to the adjacent neighborhood of Al-Hajar al-Aswad, four days after rebels evacuated the district for northern Idleb province.

Three-hundred rebel fighters were evacuated from Al-Qadam to northern Idleb province to escape regime control on Tuesday, according to the Syrian Arab Red Crescent.

"An agreement reached in September 2017 between the regime and Islamist factions, including Hay’at Tahrir al-Sham [HTS], was implemented," the Syrian Observatory for Human Rights said.

HTS is mostly made up of former members of Al-Qaeda's ex-affiliate in Syria. The other main group present in Al-Qadam was Ajnad al-Sham.

"At least 1,300 people, including fighters and their relatives, have been transferred," the Britain-based Observatory's head, Rami Abdel Rahman, said.

The regime has managed to retake several areas around Damascus with a combination of evacuations and "reconciliation" deals that see rebelling towns brought back under regime control.

The regime is waging a fierce air and ground offensive, but is also pursuing talks with armed groups still holding the rump of the rebel enclave.