Despite the absence of the ICC, efforts are being made to bring Syrian war criminals to justice, Zaman al-Wasl reports 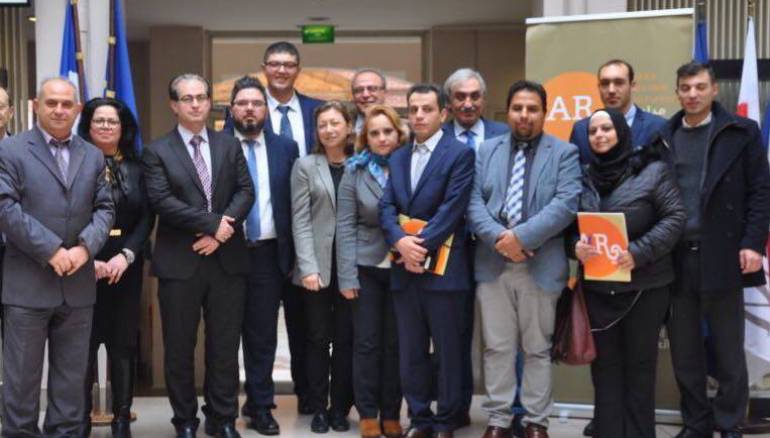 More than 160 judges, lawyers and academics specialized in law are preparing documents and opening communication lines with international courts and international organizations.

The lawyers founded the Syrian Legal Forum as a body that will help structure the Syrian legal institution to be independent from other powers and take its full role in a country full of freedom and democracy, with justice as a basis for its presence and development.

A member of the Syrian Legal Forum, Dr. Ali al-Hamdan, said that “the forum is a platform for all Syrian legal professions, including judges, lawyers, academics and researchers.

“Any legal professional can register in the forum very easily, with the number of registered members at 160, including judges, lawyers, legal researchers and academics”

Hamdan told Zaman al-Wasl that the forum would launch a number of projects in the future, such as a training program for Syrian judges in cooperation with the Ecole nationale de la magistrature (ENM) in Paris, adding that despite “the horizon being blocked for prosecuting war criminals in Syria, we will not give up, and we have started cooperating with a group of organizations and European friends to file lawsuits against those criminals within the global jurisdiction.”

Hamdan, who works as a professor and researcher in the Paris X University, said: “We have begun a new step, which is establishing Syrian national courts to try war criminals and all those who have carried out crimes against the Syrian people. However, this step is still at the beginning and needs support and international and national will. We hope that these courts will see the light soon.”

Hamdan said that this project would bolster the rule of law in Syria and would respect judicial culture, and its main aim was to identify sensitive legal issues and work within the context of the Syrian judicial system to develop, discuss and overcome the gaps in the judicial system, while establishing a community of skilled Syrian professionals in local and international law.

On Jan. 15, 2018, with the attendance of a group of Syrian and French lawyers, the Arab Reform Initiative (ARI) launched the digital platform for Syrian legal professionals in the ENM and cooperation with the Institute des Hautes Etudes sur la Justice (IHEJ), with support from the German aid institute GEZ and the European Union.

Hamdan stressed that “the current situation for international justice will not continue. It could take some time but in the end no one will be able to escape from justice, especially given that war crimes are not subject to the statute of limitations in accordance with the Convention on Non-Applicability of Statutory Limitations to War Crimes and Crimes Against Humanity of 1968 and the Rome Statute of the International Criminal Court signed in Rome in 1998.”

To break the restraint of the Russian veto, Hamdan said it was necessary for the Security Council to consider Russia a party to the Syrian conflict and then forbid it from using its vote in accordance with Article 27 of the United Nations charter, and then the council could pass resolutions regarding transferring the Syrian issue to the ICC.

With regards to implementing “universal jurisdiction,” Hamdan said that a group of lawyers in Germany had been able to file suits in accordance with this jurisdiction, but the problem lay first in the accused avoiding travel to the universal jurisdiction countries, and second in the lack of seriousness on the part of Interpol in helping arrest those accused of crimes against humanity while cooperating well on other crimes.

He said that these “decisions and judgments have more a moral than material value and can be used to deter and pressure war criminals, but they are not as effective as hoped.”

He continued: “It is important the hope that justice will prevail in the end will push us to continue the struggle despite the frustrations and disappointments. Men of law should not despair and should continue the legal struggle, and we must not forget that there have been some developments related to the prosecution of war criminals, especially in Europe, within the scope of what is called universal jurisdiction, and that has all been done through the efforts of men of law. It’s true that this is not our ambition but it is a step in the right direction.”

With regards to the Assad regime’s violation of the principle of the “sanctity of the right of defense” in Syrian legal institutions, Hamdan commented by saying: “The Assad regime has turned all state agencies into tools to carry out the most heinous crimes against the Syrian people. These tools include the judiciary, and especially the military judiciary and exceptional judiciary, such as the terrorist court and field courts. Rather than the judiciary being a symbol of justice and the rule of law, in Syria it has become a symbol of the regime and a legitimate place to carry out the worst crimes against the Syrian people.”

He said he hopes that all those who had carried out crimes against the Syrian people meet the just punishments they deserve sooner rather than later.