Many are heading to Idleb and Jarablus, while others prefer to stay, according to Enab Baladi 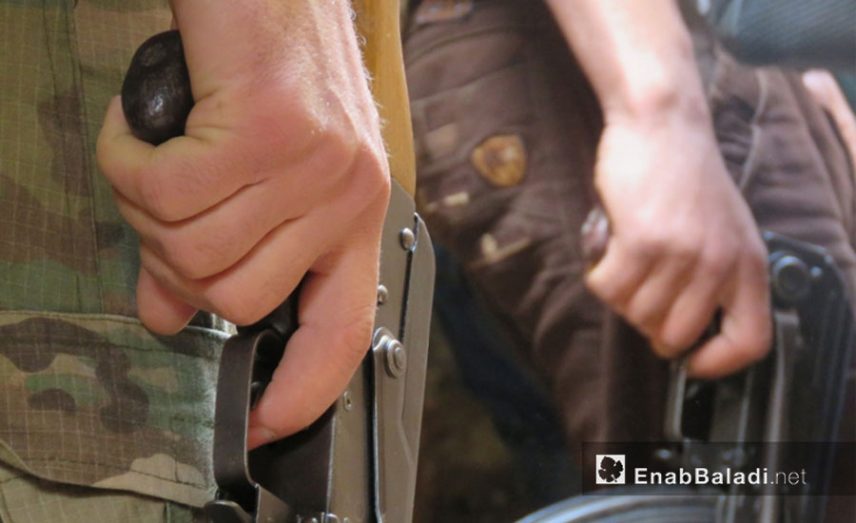 Years of siege in the northern Homs countryside ended with an expulsion which brought down the curtain on the small remaining spot of the opposition in central Syria, after Russian pressure and its domination of the region’s negotiations led to a deal at the start of May that evacuated residents and allowed those who wished to remain to do so, completing a series of Homs displacements over the years of the war.

Until May 5, the names of those who wished to exit from the area continued to be recorded within a list in light of the calm which the Homs northern countryside and southern Hama countryside witnessed after deal, while protests broke out in various areas against the expulsion, demanding to remain.

According to Enab Baladi’s correspondent in the Homs countryside, a small portion of the residents numbering about 350,000 will leave to northern Syria, indicating that “many insist on staying, especially in Telbeesa and Rastan, while it is expected about 60 percent of residents will leave the Houla area.”

With the completion of the evacuation procedures, the official SANA news agency reported that “engineers” from Assad’s forces have begun to work to reopen the international road between the Homs and Hama provinces. This coincides with a continuing delivery of heavy and medium weapons by rebel forces. The first batch is due to leave, if no emergency occurs, next Monday, according to Enab Baladi’s sources.

It was expected that Hay'at Tahrir al-Sham, whose fighters do not exceed 250, would leave the area, but it has “refused to exit in the first batch,” according to sources. The agreement for a full cease-fire in the area came after repeated negotiations with the Russians at the Al-Dar al-Kabeera crossing.

Abdel Salam al-Najib, a member of the Syrian Tomorrow Movement, which had been a mediator for the negotiations with the Russians since August last year, said that the rebel groups had begun to hand over their heavy weapons as a “goodwill initiative”, while the leader of the Jaish al-Tawhid, Munhal al-Salouh (al-Daheek), has repeatedly called on people to refuse to leave. He said in a video on Facebook that he was staying in the area “with no one’s guarantee but God’s, and the weapons that I carry.”

According to Enab Baladi’s sources, those who did not want the settlement are leaving, and the deadline may be extended based on the number, with the road from the Homs northern countryside toward the Rastan bridge opened and then to Hama city, up to the “liberated” areas in the north for all batches.

Russian military police and civilian police will enter after the last convoy departs the northern countryside, and every fighter has a right to leave with a rifle and three cartridges, in addition to personal belongings, while those who want to “regularize” will hand over their personal weapons when they begin the process.

The “regularization” includes defectors and civilians for a period of six months, after which those who are of age will enter the compulsory and reserve service, while the status of civil servants and students will be regularized and they will return to their work and studies taking into consideration the period of interruption.

According to the negotiating committee, the exit will be toward Idleb and Jarablus, and “we have freedom to determine the course and direction along with Russian military police,” provided that the buses leaving area searched by representatives of the Russians, regime and opposition, while money and personal belongings may also be collected.

The agreement includes “forbidding the entry of regime security forces throughout the presence of the Russian military police” which the negotiating committee set at six months or more.

After the agreement was made public, Nahed Tlass, the son of the former defense minister in the regime, Mustafa Tlass, gave it his blessing and said in a video recording circulated on Facebook that he had contributed to the final formula of the deal.

Nahed, who lives in France and whose family is from Rastan, added that he had “ensured that regime forces would not enter into the area permanently, and that the security presence would be only Russian forces, not just for six months, as the deal stipulates.”