When not on duty, Russian soldiers are out and about in cities like Tartous and Latakia, and their presence and money is a welcome sight writes Syria TV 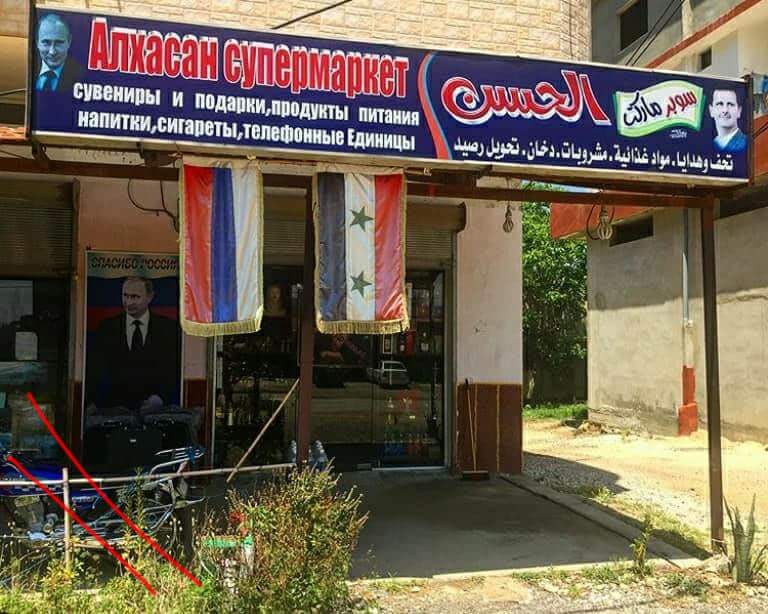 The sight of Russian soldiers on the roads connecting the cities of Tartous, Latakia and Jabla, as well as in marketplaces and wandering by the sea, has become a normality; and one that is welcomed by loyalists of the regime.

Firas Hamoud, a resident of Latakia, told the Syria TV website: “Russian soldiers in Latakia live in luxurious buildings in the nicest districts of the city for free, including buildings that were previously only allocated to Syrian officers. They are deployed along the al-Thawra highway area near the al-Zira'a district and on the seafronts, where many are present with their families.” He said: “They visit the markets, restaurants and shops and walk in the city streets without weapons. They are welcomed by regime loyalists — who are the overwhelming majority — and so they fear nothing.”

Russian soldiers are warmly welcomed by traders in the area as their presence creates new work opportunities, and increases buying and selling powers, which local residents can no longer afford to do in light of the negative economic situations that they, and the internally displaced people situated there, suffer from.

Khalid Amin, the owner of a store in Latakia, told Syria TV: “The Russians buy what they need without any discussion of the prices and they pay directly. Their families go to the markets daily and want to buy a large amount of the goods which are are limited to a specific class and the other residents of the city cannot afford. They like well-known Syrian dishes such as falafel, shawarma, fatteh and hummus. They head to the restaurants in the city which are famous for these foods. Meshwar Falafel which is near the Al-Sheikh Daher district is one such restuarant. In addition to that they also go to the expensive markets such as the stores in the al-Amreekan district and Hananou Street.”

He added that they sometimes deal in Syrian pounds and sometimes in dollars, depending on where they are shopping. They pay the price directly and build friendly relations with many of the city’s traders. Some of the store owners want to specialize in selling necessities which the Russians prefer, while some others put Russian names on their shops and restaurants such as “Putin and Lavrov.” Other phenomena have appeared such as stores decorated with the Russian flag or pictures of Putin, aiming to encourage Russian soldiers to enter and buy.

At least one case of marriage has occurred in the city of Tartous and was widely published on pro-regime media. A Russian naval officer married a young woman in the city, and it was considered an important step towards consolidating relationships and creating a type of integration.

The young woman was Reem Mustafa, from Jabla, who told Syria TV: “Most of the young women in Latakia and Tartous dream of marrying young Russian men because of their ability to provide a good life for them and a luxurious house. They go to upscale restaurants and hotels and wear nice clothes and have a love for life. After they leave the military bases they have freedom to move around and so many young women from the area try to get close to them and win their hearts.” She added: “There are many relationships and friendships which bind Russian fighters and young women from the coast, but they mainly remain just friends.”