In response to the attacks, doctors and medical staff have gone on strike and threatened to stop all medical services writes Souriatna 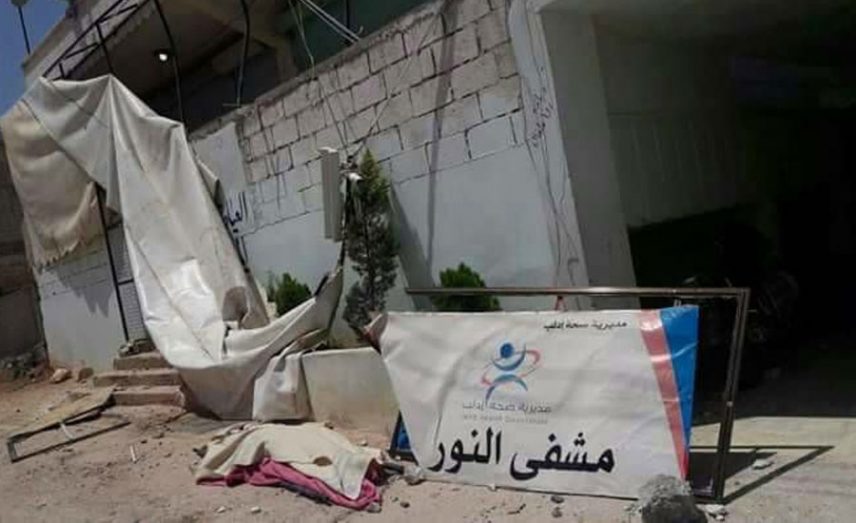 Medical facilities and emergency centers and their cadres in the north of Syria have witnessed several cases of kidnapping, arrest, looting, theft and torture. The perpetrators and the reasons behind the violations are unknown and this has led to wide scale condemnation of these violations and of the chaotic security situation by the population, while medical staff have gone on strike to protest these violations.

Dr. Mahmoud Mutlaq and Mazin Dukhan were also kidnapped. The first was released after being severely tortured by an unknown gang. His parents were forced to pay $120,000. Meanwhile, Dr. Mazen Dukhan was released two days after his arrest. Hayat Tahrir Al-Sham said that he was wrongly arrested during an operation to pursue Islamic State sleeper cells near his residence.

Last week, unknown assailants tried to storm a hospital in the city of Dana, but the staff were able to close the door and prevent them from entering, prompting the gunmen to flee before the arrival of the security forces.

Who stands behind the attacks?

“Some of the violations were for material purposes, theft and extortion, while others had personal motives and targeted specific individuals. There are, however, more serious violations aimed at hurting the health sector as a whole, such as planting improvised explosive devices in medical cars and ambulances,” Safwat Shaykhouni, the Security and Safety Officer at the Free Idleb Health Directorate, said.

This month, one of the cars of the Health Directorate at Maarat Misrin Hospital was attacked by an improvised explosive device while another device was dismantled in a second car belonging to the same hospital.

Shaykhouni pointed out that “it was not possible to identify which specific party was responsible for the violations,” although “the regime has an interest in these violations taking place and it is likely that regime cells are the executioners. By placing these devices and sending threats to doctors its purpose could be to force these cadres to leave the areas outside its control and thus leave them without medical services and specialists,” he added.

He also said that “the cadres and medical facilities belonging to the Health Directorate, have been targeted by regime forces more than 20 times since the beginning of the year resulting in 16 dead and 30 wounded.”

Meanwhile, Munzer Khalil, the head of the Health Directorate said that “the Assad regime is behind these attacks, although others also involved could be young men belonging to certain factions. The de-escalation agreement and cessation of hostilities have led to a reduction in funding and an absence of income and jobs, so some of these young men may have shifted to armed gangs.”

The Hikma Hospital in al-Bab also announced the suspension of its non-emergency work until the necessary protection for medical facilities and staff was provided. Recently, gunmen opened fire inside the hospital and attacked the medical cadres.

Local activists said that two armed men stormed the hospital and opened fire. The Free Police intervened and arrested them. In a videotape broadcast on social media sites, one of the assailants admitted that he was affiliated with the Sultan Murad brigade.

The Hikma Hospital was also recently attacked by members of the Hamzah Division who opened fire inside the hospital and assaulted medical personnel.  Hamzah fired the individuals involved and referred them to the military justice.

Measures to stop attacks against the medical sector

In response to the increasing violations against the medical sector, a number of doctors and pharmacists in the province of Idleb suspended emergency work on Jun. 21, 2018 for three days, and threatened to halt all medical service in the north of Syria, unless their demands were met.

The Ministry of Health at the Provisional Government held a meeting in the town of Maarat al-Numan in rural Idleb to discuss attacks on medical personnel and facilities.

Several proposals for action were made, including the formation of a special security unit affiliated to the Ministry of Health and dedicated to the protection of hospitals and medical facilities and to coordinate with military factions in the opposition areas.