The High Elections Committee has designated 85 electoral districts, although they can be moved to other area if security cannot be ensured writes Al-Watan 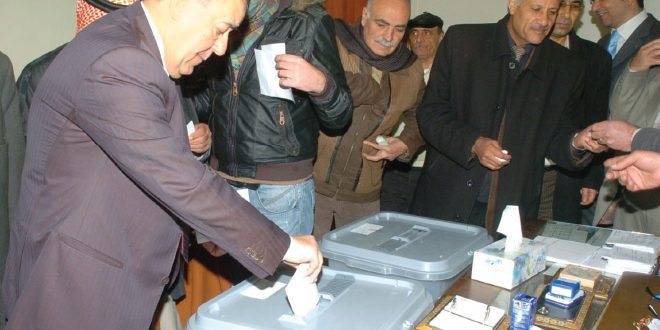 The President of the High Elections Committee, Suleiman al-Qaed, said that elections are a right and a duty for every Syrian citizen and Kurds who are Syrian citizens in accordance with Decree No. 49, which gave those on the foreign registry in Hassakeh Syrian citizenship, and therefore the right to run and vote in local administration elections.

In a statement to Al-Watan, Qaed revealed that the electoral districts for the local administration elections had been determined in the city of Hassakeh and in Qamishli, Afrin and Ayn al-Arab.

Qaed believed that the turnout of Kurds for the elections would be related to the ease of movement, especially in areas which are occupied by Turkey or the Syrian Democratic Forces (SDF). He expressed his optimism that there would be broad participation from Kurds and thus a rejection of any idea related to self-rule.

Qaed said that Decree 49, gave Kurds the rights and duties which they must be granted like any Syrian citizen, including those pertaining to local administration elections.

Qaed said that the ease of movement was not linked to the occupied majority Kurdish areas but to other regions such as Idleb and Raqqa, and that this poses a big challenge. He said that Syria was divided into 85 electoral districts.

Qaed said that the placement of centers in areas that were recently liberated by the state would be tied to the security situation, in addition to the return of services. For example, in Daraa province, it would be possible to run elections in the area where reconciliations had been achieved, and events had calmed down, including the security situation. He expected the elections centers in these areas would be in Daraa city.

Qaed said that Decree No. 2 issued in 2016, which extended the local councils was still in effect and therefore it was possible for the local councils to remain as they were if there were no elections held in a certain area. He said where election procedures could not be held, then the centers would be transferred to another area.

Qaed said that the determined location of the voting centers would occur seven days before the date of the elections, with the branch committees selecting them.