In a meeting of top-ranking officers in the Assad army and its intelligence agencies, the Head of the Air Force Intelligence administration has set out plans for the next stage of the conflict writes The Syrian Reporter 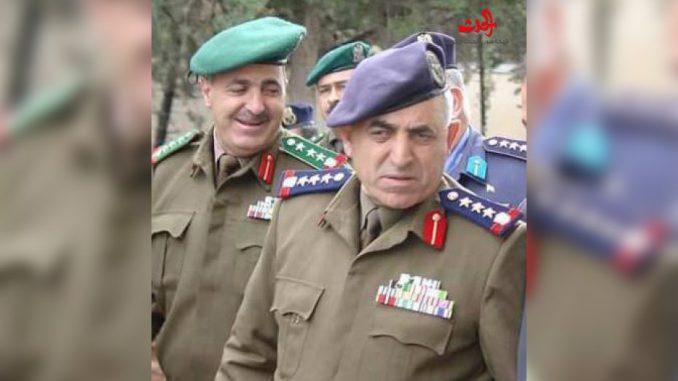 The Syrian Reporter has obtained details of a meeting of top-ranking officers in the Assad army and its intelligence agencies. They received military and intelligence plans for the coming period, following what they considered proof of their ability to achieve “victories” with major support from Russia and Iran — especially after taking full control over the Damascus countryside and Daraa.

A source said that the meeting included 33 officers, headed by Jamil al-Hassan, Head of the Air Force Intelligence administration, in place of Ali Mamlouk, Director of the National Security office, on Jul. 27, 2018. He explained his recent achievements and set out the vision for the future and the implementation of its plans in accordance with the state’s senior leadership.

Jamil al-Hassan described the Damascus and Daraa provinces as “the two most dangerous areas threatening the Syrian state” and that their recapture came after high-level coordination between the general intelligence agencies, Assad’s forces and allied militias with major support from “Russian brothers” and that this was achieved with the fewest possible losses, according to him.

Hassan’s speech, which began with the trumpeting of victories, moved into a discussion about a future plan to stimulate a new phase of the conflict. The previous stage focused on regaining the most dangerous areas, but the areas still outside Assad’s control are under the control of Turkey — Assad’s most prominent enemy since the eruption of the Syrian revolution, which has added difficulty, when compared with the previous stage, with its implementation requiring caution, based on what the Russians have required of Assad in this context.

The future plan includes a number of sections that have been established according to priorities developed by the regime’s senior leadership. It begins with the removal of everything that could affect them in the future, or undermine their work internally. All those concluded to be a hinderance to the plan and its future will be labeled as “terrorists” by the regime’s senior leadership. Whether their crime was in speech or in action, or even if they remained silent, they will be considered a terrorist and prosecuted publicly or secretly.

The Head of the Air Force Intelligence said that more than three million Syrians are wanted and their judicial cases were ready. He added that “the huge number of people wanted will not be a major difficulty in achieving the plan.

“A Syria with 10 million trustworthy people obedient to the leadership is better than a Syria with 30 million vandals,” as he put it.

The situation of refugees in neighboring countries does not differ greatly from the situation of those wanted by Assad’s intelligence agencies. The Head of the Air Force Intelligence described dealing with those who return to be like dealing with sheep. The corrupted ‘sheep’ will be filtered out and the good one will be used, and those who are wanted will be charged with terrorism. He added: “After eight years, Syria will not accept the presence of cancerous cells and they will be removed completely,” citing a series of earlier speeches by Bashar al-Assad.

More than 150,000 security files of wealthy people and Syrian businessmen who “aided the terrorists” have been complied. They will be dealt with through harassment and pressure, pending the full withdrawal of their funds, which will be used to “rebuild what they destroyed”. They will remain under house arrest by the security forces to speed up payment. But all of the above will be done silently and without any media intervention — which is what the Russians required, to guarantee there was no intervention by any international party. The results of this phase will thus be realized, but in a disciplined and swift manner and will not to exceed two years.