Russia is playing an active role in Syria's phosphate market, but its intentions are not clear writes Al-Modon 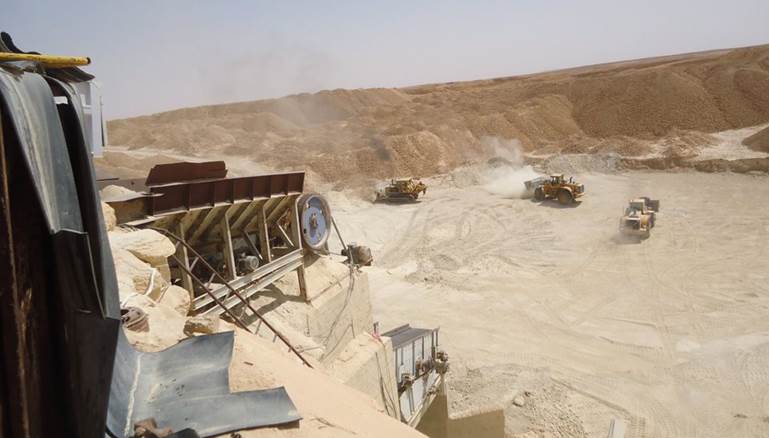 An official source in the Syrian General Institution for Geology told the media that an agreement was made with a Russia company, which had the ability to produce and use phosphate in Syria, based on production-sharing. He said that the “state’s share was 30 percent of the total volume of produced phosphate, as well as the land fees and licenses.” He continued: “Additionally there would be the fees and expenses of the institution’s supervision, and other taxes and fees, of around two percent, for a period of 50 years, and they would produce annually about 2.2 tons of blocks out of geological reserves of about 105 million tons.”

The Stroytransgaz company, which specializes in oil and gas, is not new to the Syrian market. It entered it in 2005 through the implementation of the Arab Gas Pipeline, and had control of a gas plant south of the central region. However the delivery of vital Syrian sectors into the hands of Russia and the pressuring of the regime to end previous understandings with Iran around phosphate investment has created semi-public disputes with Iran and doubts about Russia’s true intentions.

Publicly, Russia has claimed that its interest in Syrian phosphate revolves around its desire to increase its phosphate reserve, estimated at 700 million tons, after its annual production in 2017 reached 12.5 million metric tons.

However, Russia’s interest in Syrian phosphates could perhaps be related to a side compound, cadmium, a carcinogen found in phosphate. European Union health concerns around high cadmium rates have previously led to regulating the amount of cadmium waste permitted in phosphate fertilizer imports. Russia monopolizes the fertilizers market in the European Union, taking advantage of its production of low cadmium apatite phosphates. Sources told Al-Modon that Syrian phosphates are also distinguished by a low cadmium rate, which ranges between three to five parts per million. This could be an important reason for the Russian takeover of Syrian phosphates, despite the small production volume in Syria compared with Russia.

In March 2018, the Al-Watan newspaper, which is owned by Rami Makhlouf, quoted the Director of the General Company for Phosphates and Mining, Ghassan Khalil, as saying that “the company has begun to export quantities of phosphates to the European market.” It is likely that there are intermediary companies in Russia re-exporting Syrian phosphates to the European market, after European sanctions banned dealing with the regime government directly in the military and petrochemical and oil derivatives sectors.

There is also another reason for Russia’s focus on Syrian phosphates. During the process of transforming phosphates to fertilizer, a secondary component is radioactive uranium. Syrian phosphates, in theory, contain a rate of up to 300 grams per metric ton, according to Al-Modon’s sources. This is a high rate compared to other types of phosphates, which do not exceed uranium rates of 200 grams per metric ton. Al-Modon’s sources did not know how uranium is extracted from phosphate, but did know that before the revolution, the Syrians had managed to separate uranium from phosphates.

The high volume of activity in the Russian phosphates sector has sown doubts about whether Russia really wanted to diversify its sources of phosphates or has taken control of the Syrian phosphates extraction rights for other purposes, such as benefiting from the low cadmium rates and the high uranium rates per metric ton.