Ziad Ghosn speculates that the U.S. will not remove sanctions on the Syrian regime unless it gains something out of the bargaining. 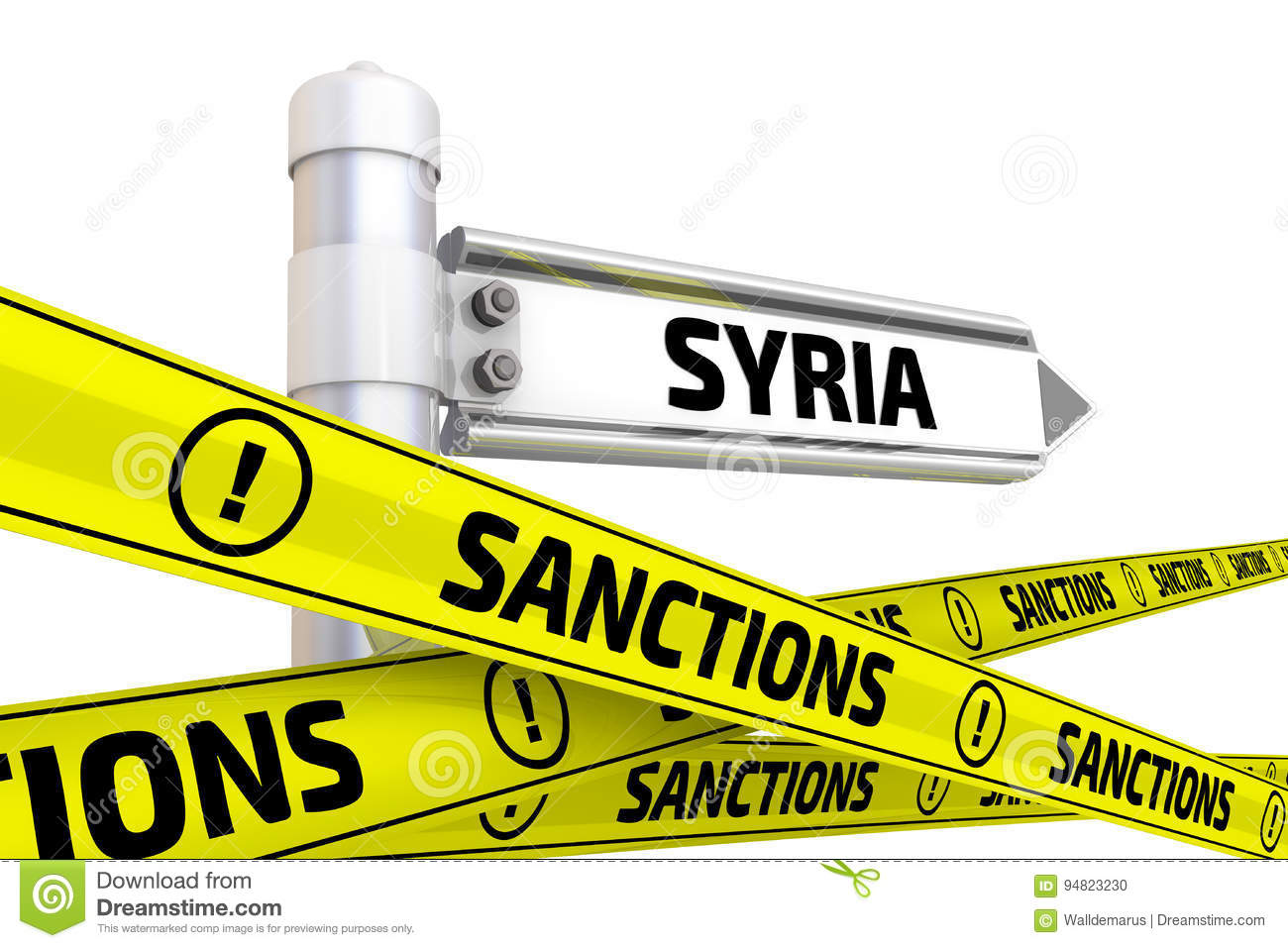 Some people invested in the region’s politics believe that the U.S. may ease the sanctions imposed by the Trump administration on Damascus for humanitarian reasons. Washington’s primary objective, however, is to promote a gesture of goodwill to some international parties involved in the Syrian issue, especially the Russian Federation, as part of a bargaining strategy.

The latest U.S. decision is to lift the sanctions previously imposed on two companies belonging to the Syrian businessman Samer al-Foz. This decision supported Washington’s gesture of goodwill and reinforced expectations that there is an upcoming international solution to all the hot topics in the region, primarily the issues concerning the Syrian crisis, and the Iranian nuclear agreement.

A confidential source at Samer al-Foz group confirms to Athr Press that the lifting of sanctions against the two companies was merely part of the U.S. routine of reviewing its previously imposed sanctions.

The decision to lift sanctions on al-Foz has no political implications, which dictates that the future of American sanctions on Syria should be approached from another perspective. However, a sudden positive shift in the administration’s position on the sanctions issue is not to be excluded given the great secrecy that usually encapsulates the Washington-Moscow talks on the one hand. Conversely, precedents exist for the parties announcing surprise agreements on certain issues, such as the agreement to destroy Syria’s chemical stockpile in 2013.

What are the expected scenarios for U.S. sanctions on Syria?

American-Russian relations are currently in a state of tension. This is due to the decline in coordination and communication since the end of the Obama administration. The statements made by President Biden at the beginning of his tenure, in which he described President Putin in unprecedented terms, maybe sufficient indication to imagine what awaits the relations of the two countries over the next four years, and the implications regarding the joint international issues – including, of course, the Syrian crisis and the policy of both countries toward the country. It should be noted that common views of the two countries on some issues -if any- do not impact the Syrian crisis’s fate since the Syrian issue is sometimes among the U.S.’s foreign policy priorities, and other times it is delayed.

The issue of sanctions on Damascus may be among several proposals for discussion and action between the leaders. It is perhaps the least important of all the political issues that Washington can negotiate during the first phase of a long discussion to find a common understanding regarding the fate of the Syrian crisis and its future course.

Developments related to the Syrian crisis, particularly of humanitarian nature, such as the delivery of humanitarian assistance through the border crossings which is presented to the Security Council, maybe the first sign of the U.S.-Russian consensus on the Syrian crisis. Washington supports the extension of the Security Council resolution to deliver humanitarian assistance to Syria through four crossings (two with Turkey, one with Iraq, and another with Jordan). However, it may have to make a trade-off to ensure the Russian approval of the project, by easing, freezing, or eliminating some sanctions against Damascus. This is a similar move to what Washington did as it began negotiations with Tehran to revive work on the nuclear agreement.

Read Also: What’s Behind the Lifting of Sanctions on Syrian Businessman Companies?

On the other hand, both countries’ failure to reach a common agreement on the draft presented to the Security Council will have a negative impact on the issue of sanctions. These sanctions may stretch out to reach many areas, as the Trump administration was planning through its project to expand the work of Caesar’s law to include Damascus’ allies and its economic partners.

A third issue is linked to the outcome of the ongoing negotiations between Washington and Tehran to reintroduce the previously signed nuclear agreement. The success of these negotiations would pave the way for more comprehensive talks between the two sides. These negotiations could include cooling the issues of the hot topics such as the Gulf Security, Yemen, Syria, Lebanon, and the Arab-Israeli conflict. Of course, sanctions on Syria will be one of the first points raised in any U.S.-Iranian dialogue.

For all this, it would be naïve to expect the United States of America to abandon its sanctions policy towards Damascus, irrespective of the high humanitarian cost of these sanctions or the complex efforts needed to develop a political solution that will end the economic, social, and humanitarian disaster that has befallen this country. What does Washington need to compromise on the sanctions?