Alexei Navalny returned to Russia, knowing what he would face when he arrived, and yet, none of the Syrian opposition leaders have dared to return to Damascus writes Al-Araby Al-Jadeed. 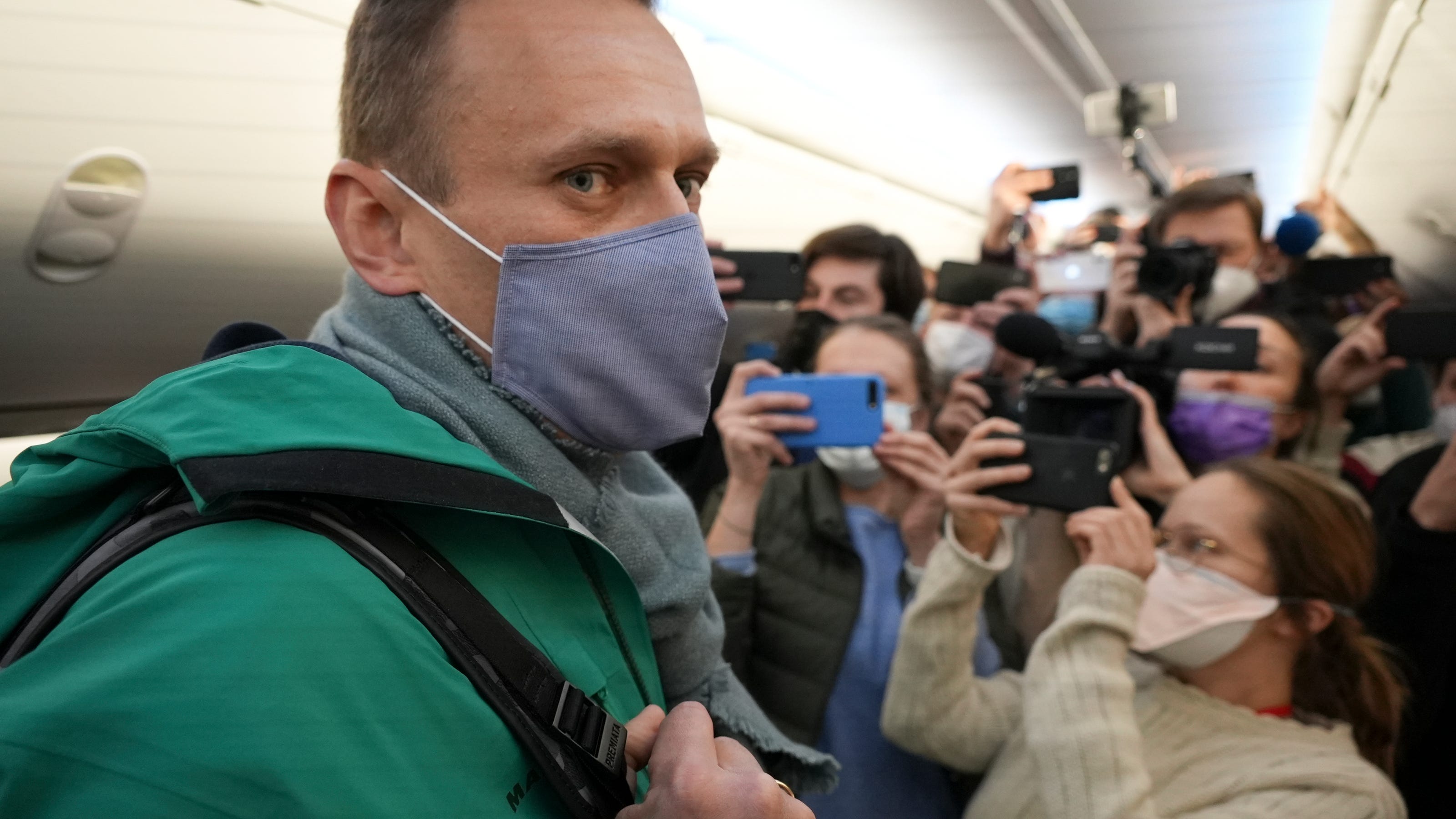 Alexei Navalny decided to return to Russia despite President Vladimir Putin’s threats to have him arrested. Navalny had left Russia months ago, after Putin tried to poison him, but luckily, his life was saved when German Chancellor, Angela Merkel, sent a private jet to fly him to Germany to receive treatment. But his condition was critical.

As soon as Navalny’s health improved, he made the decision to return to Russia. He was well aware that Putin would arrest him, try to neutralize him, and tarnish his reputation, if not try to assassinate him once again. Navalny could have sought asylum in Germany or any other Western country and become the leader of the Russian opposition abroad. Western governments would have welcomed him and offered him a comfortable life and a wide array of outlets for political action. He, however, refused.

Navalny knew that Moscow would follow through on their promise. The Putin government had routinely made threats against the government’s enemies and had usually succeeded in preventing people from returning home. In 2003, oil tycoon, Mikhail Khodorkovsky, decided to defy his government’s threats. As soon as he set foot on Russian soil, he was arrested, stripped of his wealth, and imprisoned for 10 years. In 2014, politician Boris Nemtsov, defied a similar warning and was killed. That did not weaken Navalny’s resolve, though.

Navalny engineered his comeback with meticulous precision and a distinctive sense of humor. On Sunday morning, Alexei and Yulia, Navalny’s wife, boarded a Berlin-Moscow plane, accompanied by his lawyer and spokesperson Kira Yarmish, and several journalists.

On board, Navalny took a selfie with the flight attendants, who apparently had requested to take a photo with him, and he and Yulia recorded a five-second video in which Navalny said, “Garçon, bring us some vodka. We are going home! ” Navalny was arrested as soon as he arrived at the airport and was taken to prison.

I cannot but compare Navalny’s courage and his insistence on returning home — because it is at home where the real battle must take place — with the decision that many leaders of the Syrian opposition took to continue to reside in Istanbul, Riyadh or Paris, where they lead, all the way from their home-away-from-home, worthless and useless Don Quixote-ian battles against the regime.

What if the head of the National Coalition of Syrian Revolutionary and Opposition forces, Naser al-Hariri, or the head of the High Negotiations Committee, Anas al-Abdah, or both, decided to return to Damascus? I am not, in any way, referring to the shameful return of some opposition figures who came back to “the heart of the homeland” and threw themselves into the arms of the security services. Rather, I am talking about another kind of return; one imbued with defiance and determination to oppose and overthrow President Bashar al-Assad, from within. A return that is characterized by a desire to work adamantly in order to form a strong and united opposition front in the face of the criminal Assad regime.

Before Navalny, the Russian opposition was not of great significance. However, Navalny’s courage, defiance, and determination to confront the oppression of Putin and his government made him a symbol around whom most of the figures across the opposition spectrum rallied. I think a similar situation would come to life should the Syrian opposition leaders decide to return to Damascus and challenge Assad in their homeland.

Will they be arrested? Perhaps, but it is likely that they will not be subjected to the same kind of torture to which the peaceful activists were subjected to, the same activists who decided to keep on fighting despite their imminent fate, which they were well aware of.

Assad and the Russians know that they can arrest figures as prominent as Hadi al-Bahra, Burhan Ghalioun, or Naser al-Hariri, but they are also aware that they will not be able to liquidate them, torture them, or make them disappear as they did with the leader Abdul-Aziz al-Khair.

I am not optimistic, nor do I think that this will happen soon, for a number of reasons, the most important of which is that the brutal history of Assad when it comes to killing, torture, rape, and shameless, unfair trials makes anyone question their decision to return. However, there is an even more important factor, which is that the leaders of the Syrian opposition differ from Alexei Navalny at the level of honesty, integrity, and independence. At the end of the day, Navalny’s decision was his own, not anyone else’s.