As the Biden team begins its work next month, it needs to reassess American policy in Syria, Robert Ford, former U.S. Ambassador to Damascus writes 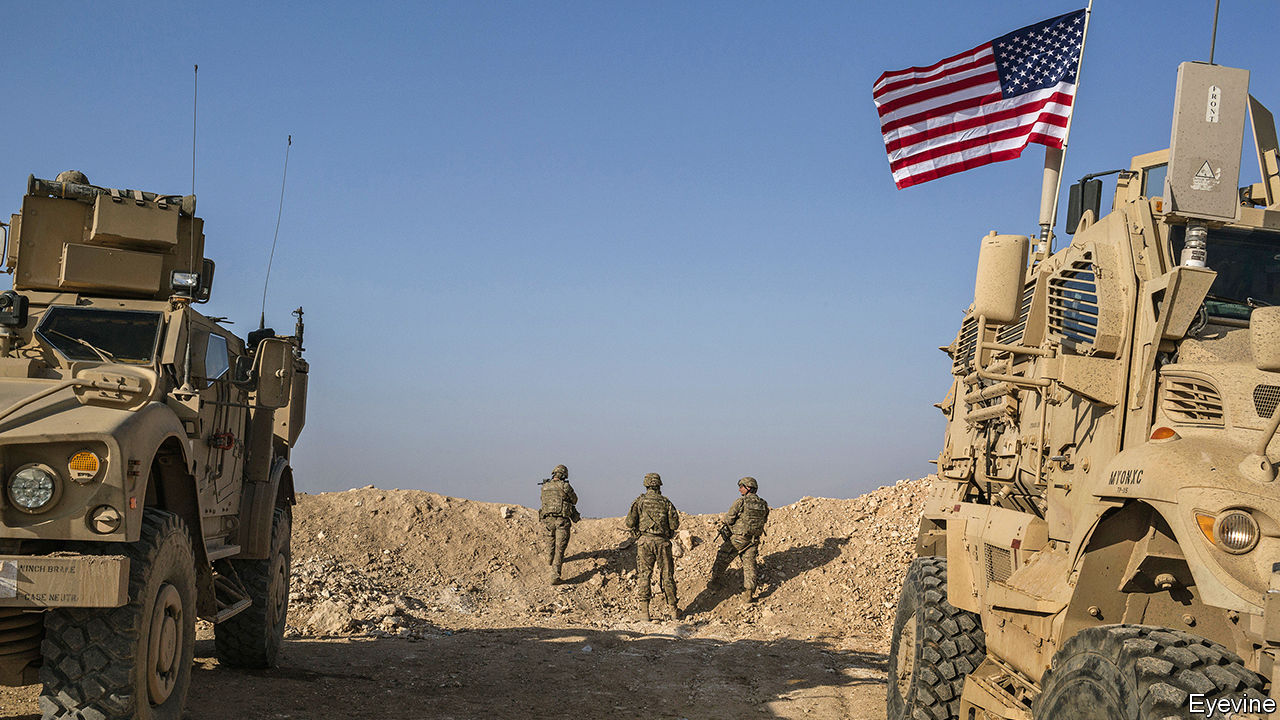 Last week a senior official from the US Department of State told a congressional committee that the enduring defeat of ISIS (or Da’esh) in Syria, the withdrawal of Iranian forces from Syria, and a lasting political solution to the Syrian crisis all are “within reach.” As I think about what this official said, and I examine the press interviews of my former colleague Ambassador James Jeffrey who just retired, I see pressure, but I don’t see achievements that help the Americans in the long term or help the majority of Syrian civilians.

The two American officials acknowledged indirectly that the American military presence in eastern Syria is no longer really about fighting Da’esh. Jeffrey stated clearly, “we brought down ISIS and then we stayed on.” The Americans remain to control the small Syrian oilfields in the eastern Syrian provinces of al-Hassaka and Deir ez-Zor in order to pressure the Assad government in Damascus financially. And they want the Syrian Kurdish militia that leads the Syrian Democratic Forces to use the oil revenues. Do you notice that there was not enough political commitment in the Trump administration to fund the SDF?

In addition, the Trump team has said that international sanctions, including the American Caesar sanctions, are increasing economic pressure on the Syrian government and this is an indication of American success. I do not understand why Syrian citizens in longer lines to buy essentials items like bread and gasoline means America is winning. If the point is to compel Assad to make concessions, the reality is that he still rejects serious political reforms. In the end, Assad and his corrupt circle cannot accept reform and accountability. The Americans hope change will come from inside the regime. Rami Makhlouf’s retreat should give Washington a lesson. In the end, longer lines for bread mean more Syrian civilian suffering but the lines do not mean that a political deal or an American victory is “within reach”.

Most of the political class in Washington support the sanctions but they rush to claim that the sanctions do not hurt ordinary Syrian civilians. Of course, bad economic management in Syria is an old problem, but the sanctions make the economic problems for Syrian citizens worse. First, the sanctions block investment. Without new projects and reconstruction, Syrians cannot find new jobs and key services like water and electricity suffer. Second, the sanctions impede trade and the Syrian government’s ability to receive foreign loans and capital. This reduces the exchange rate for the Syrian pound and raises the prices of imports, such as food and oil. The sanctions camp in Washington should also be honest that sanctions complicate humanitarian aid. Reports last summer from British aid organization Oxfam and Professor Joseph Daher explained how the sanctions frighten the banks into avoiding the risk of transferring funds for humanitarian aid projects in Syria.

What about Da’esh? Unfortunately, there is big gap with the American strategy against Da’esh in Syria. The terrorist organization is much weaker east of the Euphrates controlled by the Americans and their Syrian Democratic Forces partners. Da’esh is so weak that it cannot control territory there, according to a report from the Pentagon Inspector General last month. (And so American forces remain in Syria not to protect the oilfields from Da’esh but rather to block the Russians and the Assad government from seizing them.) West of the Euphrates River, however, Da’esh is stronger. It often attacks forces loyal to the Assad government; Da’esh even killed a Russian general in the al-Jazeera region last August. If Da’esh east of the Euphrates could be a threat in the future against western interests, Da’esh terrorists west of the Euphrates also could be a threat to those interests. The Americans have no answer to this challenge.

The Pentagon Inspector General report acknowledged that last summer military forces loyal to the Assad government had increased their operations against Da’esh. It is ironic that the American sanctions reduce the resources available to the Syrian government to fight Da’esh. Of course, the Syrian government also attacks Idlib and it kills Syrian civilians daily. It is a government responsible for many war crimes and massacres. But nothing in Syria is easy or simple.

In the end, American actions to compel political concessions from Assad and stop his attacks on Syrian civilians also harm Syrian civilians and complicate the fight against Da’esh. As the Biden team begins its work next month, it needs to think carefully about what the American priorities in Syria must be, the effects of the Trump administration actions, and the realities of what the Americans can and cannot achieve in Syria.