The Syrian presidential election is due to take place next year, but the issue of who will run and how refugees will be able to vote has become a contentious issue writes Al-Modon. 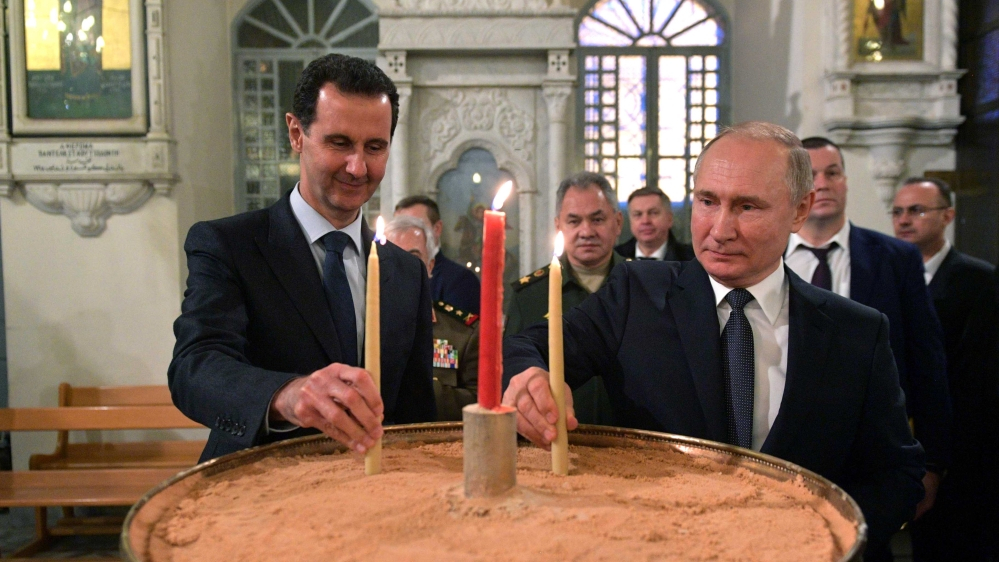 There are indications that suggest that the battle of the Syrian presidential elections, scheduled to happen in six months, has already begun, early on and in an unusual fashion under the Assad regime. Until now, the upcoming elections are still without serious candidates and without registered voters, and they may take place without legitimate ballot boxes.

The beginning of the battle occurred during the conference on the return of refugees in Damascus on Nov.11-12, 2020, which witnessed the escalation of the Russian-American conflict over the refugee file, estimated at more than half the number of Syrians distributed around the world, and their right to vote and choose the next president, according to the decisions and guidelines of international legitimacy, which stipulated that the elections must include all Syrian refugees, without exception, in polling stations in the respective countries they are in. Voting is subject to the supervision and monitoring of the United Nations.

At that conference, Moscow said that the refugees do not echo the opinions of the US or other host countries, and therefore they will not be allowed to be classified as a constituency in favor of the preferred presidential candidate for those countries. During the conference, there was a reminder that the Syrian war has ended and the doors are open for the return of refugees. Moscow did not care about the conditions that President Bashar al-Assad specified to allow the return of refugees, including ensuring full regime control over all Syrian lands, especially the northern region, and providing billions of dollars to cover their living expenses and rebuilding their homes, hospitals, and schools.

At the time, Washington renewed the position adopted by the United Nations in its various councils and agencies, especially those concerned with the affairs of Syrian refugees, pertaining to the need to provide conditions for the voluntary and safe return of refugees and to reveal the fate of detainees and missing persons, especially those who have decided to return in the past two years to relatively safer areas, estimated at more than 30,000, in addition to about 150,000 detainees and missing persons since 2011 to date.

On the sidelines of the Damascus conference, Moscow reiterated its support for holding the Syrian presidential elections on time, a position that Tehran also officially adopts. Iranian President Hassan Rouhani conveyed it a few days ago to Syrian Foreign Minister Faisal Mikdad in Tehran. This is regardless of the outcome of the Syrian Constitutional Committee meetings that are still taking place and turning in vicious circles, without any hope that a new Syrian constitution will be drafted one day, or even an understanding will be reached on the mechanisms of the political process.

One of the most important results of the Damascus conference was the announcement by the Lebanese government of its intention to host the next round of the refugee conference in Beirut, no later than the end of next month, in order to confirm Lebanon’s partnership in the Russian-Syrian political effort. The Lebanese position aims to ensure Lebanon can use the Syrian refugee card in the Syrian ballot boxes that will open on the date of the presidential elections and receive about half a million votes, in favor of Assad.

The National Coalition for Syrian Revolutionary and Opposition Forces, which became aware of the Russian-Syrian intentions, took the initiative, based on direct and hasty Western advice, to form an elections commission that would contact voters in countries of asylum, guide them and train them to go through such an experience, or at least warn them of the regime’s attempts to infiltrate them. However, that rushed decision immediately fell under the pressure of the Syrian opposition, which has never and will never accept the idea of ​​participating in an electoral process while Assad is in power. More importantly, the opposition is not ready to come to terms with the idea that the international community would stoop so low as to invite refugees to cast their votes abroad, on the promise that Assad will be brought down by the power of those votes.

A number of members of the US House of Representatives moved, a few days ago, to advance a bill calling on the administration of President-elect Joe Biden not to recognize the legitimacy of the Assad regime and its right to run for the next presidential elections, at a time when it seems that the new US administration is heading towards increasing pressure on the Russians and the Syrian regime, in order to provide an adequate basis for a bilateral settlement that would lead to an end to the Syrian war.

The political bickering between Moscow and Washington is escalating day after day, under the rubric of the battle for the Syrian presidency, and whether refugees can or should be included in the voting process, and whether the United Nations is qualified to organize that process in countries of asylum, except for Lebanon, of course, where the results are already ready, same as the results in the regime-controlled areas.

The situation begs a few questions, including whether Assad has the right to run, and whether it is possible to find competing candidates abroad, maybe someone belonging to the Syrian opposition, whose members have begun to dream of returning to the homeland on a presidential horse.