Amid political inaction Khalid al-Mahamid has called for the forming of a new political movement, which it is hoped will unite the south and achieve progress towards a political solution writes Al-Araby Al-Jadeed. 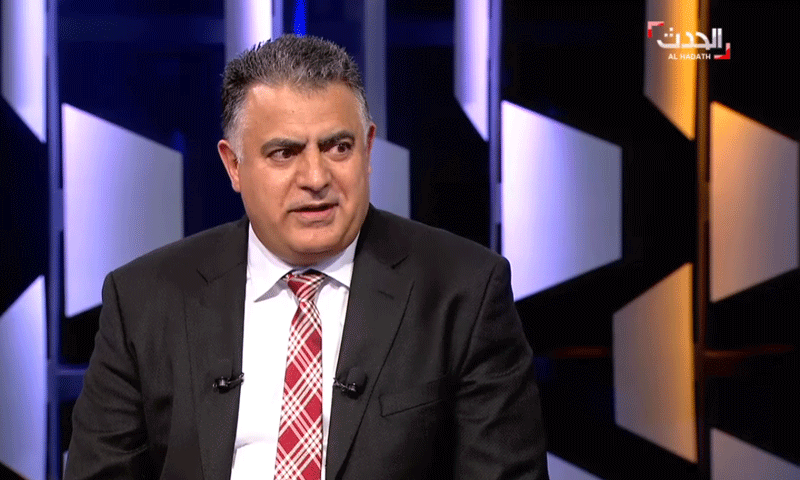 Khalid al-Mahamid, the former vice president of the Negotiations Committee for the Syrian Revolutionary and Opposition Forces, recently tweeted, “The time has come for a new body to appear expressing the ambitions and pain of the Syrians, away from the international and regional agendas and restore the Syrian decision making and push for a political solution in accordance with UN decisions.” Two days later, he appeared on Al-Arabiya TV and directed sharp criticism to many parties in the Syrian opposition, accusing them and the Syrian regime of obstructing efforts to solve the Syrian crisis.

Since July 2018, when the Syrian regime forces regained control over the south with the help of their Russian ally and with international approval, three major cities emerged in the struggle for survival and self-affirmation.

The first was Daraa, the cradle of the revolution, and it was the most difficult city to break into, with fierce battles taking place on its outskirts, during which the regime forces tried to storm it by force. It gave in and incurred heavy losses. Mahamid enjoys strong relations with local actors from Daraa, his hometown, and perhaps the most prominent of them is Nasser al-Mahamid, a former field commander.

The second was the city of Tafas in the western region, whose people fought fiercely against the regime forces and the Iranian militias supporting it, forcing them to stop trying to enter by force. Mahamid has strong relations with past and current leaders in the militias, as well as and his direct links with them.

The third is the city of Bosra al-Sham, where the former commander of the Sunni Youth Forces of the Free Syrian Army and the current commander of the 8th Brigade of the Russian-backed Fifth Corps, Ahmed al-Awda, is considered the first man in the city and the entire eastern region of the province.

When the regime’s campaign to regain control of the region began in July 2018, or perhaps before it even began, an agreement was reached, or there was actually a prior agreement between Awda — with the effective mediation of his cousin Khalid al-Mahamid, who was a year earlier the head of the Negotiations Committee — and the Russian forces to avoid clashing with the regime forces in return for not trying to enter the cities and villages controlled by the Awda forces. After that, these forces were annexed to the Fifth Corps, on the condition that their personnel serve in their own areas, and on the condition that they do not participate in any combat missions against any of the Free Syrian Army factions in any area of ​​Syria. This is the map of the local forces in the south, which can support the project of the new Syrian body.

At the regional and international levels, it can be said that the overall conditions do not help to establish any new political body to represent the Syrians revolting against the regime, neither do the field facts that accompanied the establishment of the National Coalition for the Forces of Syrian Revolution and Opposition Forces, nor the international mobilization that led to the recognition of this coalition, nor the political conditions that used to place the Syrian issue at the top of the international community’s priorities, which have now changed.

The statements of Mahamid, mentioned above, should be analyzed against this backdrop. Was he referring to some of the outcomes of the meeting that was held between Saudi Arabia, the United Arab Emirates, Egypt, and Jordan, which brought together senior officials in the foreign ministries to discuss developments in the Syrian crisis? Back then, the Egyptian Foreign Ministry said that the meeting was about, “strengthening joint efforts to preserve the Arabism of Syria and the capabilities of the brotherly Syrian people.” Was the meeting a message from the UAE, where Mahamid resides and works, to the rest of the international actors or was it just expectations from Mahamid regarding what can be worked at, so he tried to anticipate events and announce his intention to form a new political body?

What is the nature of this body which is supposed to express the ambition and pain of the Syrians, far from the regional and international agendas? And, can it work and achieve successes amid the enormous societal inertia throughout Syria, and in the areas under Assad’s control in particular?

What is meant by preserving the Arabism of Syria and the capabilities of the Syrian people, and will this be in cooperation with the regime that is in over its head in the Iranian quagmire, or will all of this be to confront the regime and bring Syria out of Iran’s grip? Is it sufficient to kick off this project from a small area in the south, or does it have foundations and hoists in the rest of the regions as well?

Let’s wait some time to find the answers to these questions. Meanwhile, we still do not know whether or not the South can fly on its own.