US officials visited Damascus to discuss the release of hostages, but it is not clear whether there is genuine desire, or if it’s simply an attempt to boost Donald Trump’s election bid writes Al- Araby Al-Jadeed. 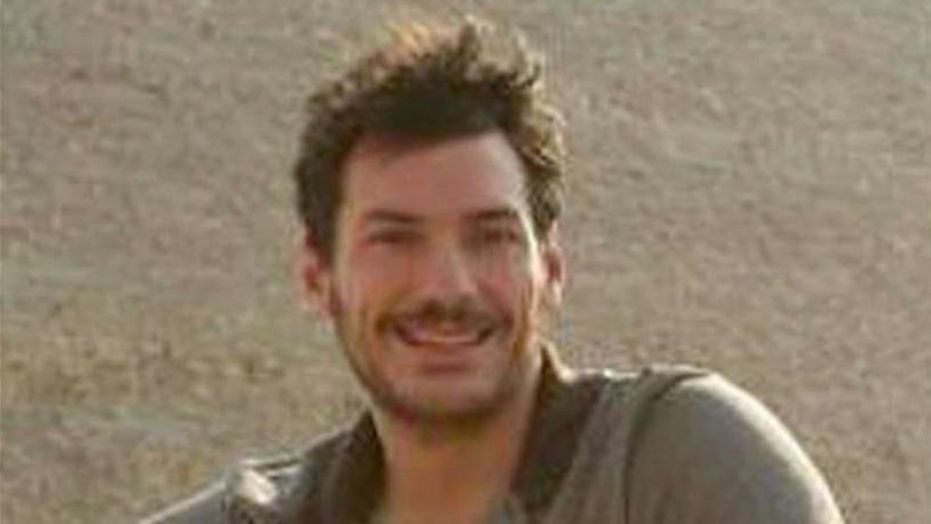 Two White House senior officials visited Damascus to meet with the head of Syrian Security and Intelligence, Ali Mamlouk, in an attempt to release two American hostages who have been kidnapped and forcibly hidden by the Assad regime for years.

The delegation included Kash Patel, Deputy Assistant to President Trump and Senior Director of Counterterrorism at the White House, and Roger D. Carstens, Special Presidential Envoy for Hostage Affairs. The Wall Street Journal was the first to report on the visit, which took place last August. A story was later published by regime affiliated Syrian newspaper Al-Watan, entitled “Washington Courts Damascus with Lifting of Sanctions, Syrian Leadership Adamant About a Complete US withdrawal.”

Al-Watan confirmed the authenticity of the news in a cheerful and crisp tone, noting that the two officials met with Maj. Gen. Mamlouk “in his office in Damascus.”

The sources, who preferred to remain anonymous, added, “This is not the first visit by high ranking US officials. It was preceded by three similar visits to Damascus over the past months and years.”

We do not know the exact exchange that took place between the three men. What we do know, is what was stated by the sources to the Wall Street Journal, who said that the only purpose of the visit was to discuss the issue of the two hostages and try to reach an agreement to release them.

President Trump is approaching a crucial election that, according to most forecasts, will lead to a humiliating exit from the White House. To avoid this outcome, the president has been exploring all possible ways to turn the tide in his favor. Since the political optics, economics, and the pandemic are all conspiring to make the inevitable happen in a matter of days, Trump has nothing but foreign policy to bank on. And because he has had little success in Europe, Canada, and South America, he may shift his attention towards the Arab world, facilitating the Abraham Accords between the United Arab Emirates and Israel, on which Bahrain also became a signatory. Trump is now trying to put pressure on the Kingdom of Saudi Arabia using as leverage his silence on the role of the Crown Prince in the notorious killing of a Saudi journalist who used to write for one of America’s most important newspapers and held the right to reside in the US. Trump is also trying to conclude another peace agreement, this time between Sudan and Israel.

The visit of the two American officials to Damascus came in this context. The purpose of the visit was to discuss the fate of the two American hostages, as well as achieve President Trump’s goal of achieving an electoral victory by releasing them ahead of the elections.

However, the Syrian president, or whoever really takes the decisions, is aware of Trump’s need for a victory, so he set his conditions and decided to discuss the hostages’ situation. According to Newsweek, General Director of the Lebanese General Directorate of General Security Abbas Ibrahim, visited the American capital last week and had a four hour meeting with White House National Security Advisor Robert O’Brien. Ibrahim brought with him the response of the Assad government to the Trump administration’s request, which included two main conditions for accepting cooperation in the case of the two hostages: lifting severe sanctions and the withdrawal of US forces.

It is known that in the past, Ibrahim played the role of mediator with the Syrian government for the release of Sam Goodwin last year — the American tourist who was detained for two months in Syria on his trip around the world — and Canadian traveler Kristian Lee Baxter.

Al-Watan confirmed the Newsweek information, indicating that the US officials were surprised by the Syrian position, which is based on the principle that there will be no discussion or cooperation with Washington before discussing the issue of the withdrawal of US forces from eastern Syria and the emergence of real signs of this withdrawal on the ground, and that Damascus refused to discuss sanctions before discussing a US withdrawal from Syrian lands.

Al-Watan added that Assad does not trust American administrations, as he considers “American presidents to be merely executives” controlled by pressure groups and major companies.

Assad is aware of Trump’s need for Damascus to cooperate with him on the hostages issue, in order to achieve electoral gains. However, Assad does not have to cooperate with the man who hit Syrian forces twice, and is most likely about to lose his post. Nevertheless, he may be willing to do so in exchange for a withdrawal of US forces and an easing of sanctions.

What Assad might not be aware of, though, is that neither Trump nor any other president is able, even if they wanted, to reduce the sanctions on Damascus, as those are enacted by a law, the Caesar Act, which was passed by Congress. To change any article therein, Congress, in its two houses, must agree on the change, which is currently unlikely because both parties view Assad as a war criminal who should be held accountable and should not be rewarded.

If the Trump administration were to change its policy vis-a-vis Damascus, it will have to think about two things. Is there evidence that the hostages, which are part of the bargain, are still alive? Is the price to be paid to the Assad regime for providing evidence that the hostages are alive so high that it might undermine broader American policies in Syria and Iraq, weakening the ability of the US to continue carrying out operations against the Islamic State, and leave the thousands of displaced Syrians in the al-Rukban camp exposed to the brutality of the Assad regime?

If Trump were personally prepared to offer anything to stay in office and postpone the legal prosecution against him, which would start as soon as he exits, the institutions of administration will stand between him and his plan.

Finally, imprisoning both Tice and the Mazen Kam Aalmaz is a terrorist crime committed by a terrorist regime. The regime should be tried for this crime and the other crimes against humanity that it committed, rather than be rewarded for facilitating electoral gains.