While many expected the Russians to put more pressure on the regime, they appear to largely support the latter's political choices, political commentator Akil Hussein says 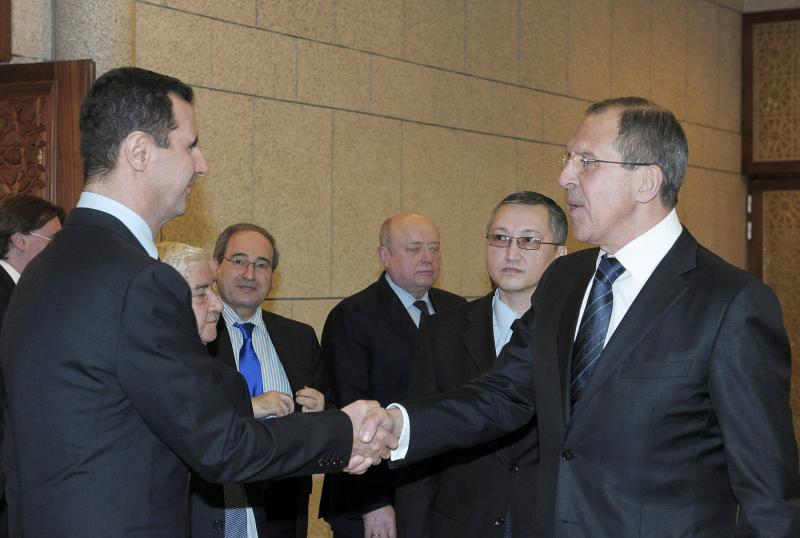 With the sudden announcement of the Russian Deputy Prime Minister’s and Minister of Foreign Affairs’ visit to Damascus, many opponents expected that the Russians would have firm messages to deliver and explicit demands to communicate — demands for the regime in terms of serious engagement in political solution negotiations and progress on implementing the United Nations Security Council’s Resolution 2254.

Opposition members who had expected that were affected by the positive atmosphere that reigned over the third round of the Constitutional Committee’s meetings as well as the interest that the Russian showed. The statements of the American envoys on the sidelines of Geneva Convention also gave the opposition an additional dose of hope.

A large part of the opposition expected that Sergey Lavrov would communicate to al-Assad that Russia could no longer protect him politically and that Moscow would not be able to pull him out of his ever-worsening economic crisis.

However, it turns out that the Russians were more invested in the matter than the concerned parties themselves, when they congratulated the regime on its victory in the People’s Assembly elections. They also affirmed the regime’s right to hold the upcoming presidential elections mid-next year, stressing that no timetable can be set for the end of the Constitutional Committee proceedings, which Lavrov considers to be a substitute for the transitional governing body.

The shock of the opposition was also fueled by the economic issue — a prominent topic of discussion between the regime and the Russian delegation — which led to forty agreements.

Although the two sides have only disclosed one aspect of them — which is related to the extraction of, and investment in, oil and gas in Syrian waters in the Mediterranean — there are also discussions about a large and generous aid package that Moscow has promised the regime to help it overcome the stifling economic crisis.

What Russia is asking in return is still shrouded in mystery. However, what everyone believes is that the regime will agree to all the Russian conditions and demands, as long as those do not include an obligation to make political concessions vis-a-vis the opposition, while the regime continues to allow Moscow to acquire underground wealth, natural resources, facilities, infrastructure, airports, ports, tourist resorts, and other unlimited privileges.

This is, at the end of the day, what Russia really wants from Syria, and it is difficult to imagine that the opposition would present it with a better offer should it become at the helm of the government.

Can Moscow really translate all these gains into practice in light of the evident U.S. strictness in implementing the Caesar Act and the sanctions imposed on the regime, though?

This question is difficult to dissect and might not even have a single answer. It is possible that there are aspects that the Russians can actually benefit from, and other aspects that they might not be able to deal with, especially with the control that the U.S.-led global coalition forces have over large swaths of land, where energy resources and agricultural wealth abound.

Washington alone will decide whether the Autonomous Administration, which manages these regions, is allowed to implement the initial agreements that it signed with the Russians in Moscow last week, which, as some speculate, was one of the reasons behind the Russian delegation’s sudden visit to Damascus.

This begs a further question. What made the Kremlin send its foreign minister to Syria after an 8-year hiatus, had there not been a clear reason?

What was said at the press conference held by regime officials and their Russian guests in Damascus does not really carry any weight. What is really important is what was not mentioned in the conference. The first Russian diplomatic visit to Damascus carries a clear message to everyone that the military component of the Syrian issue is now a story of the past and that the stage of political action has seriously begun. This signifies that the opposition must brace itself for real negotiations — that may be short or protracted — but in the end will open new horizons, according to the supporters of this theory.