Rami Makhlouf has threatened economic collapse of the country if his survival is not ensured writes Al-Araby Al-Jadeed. 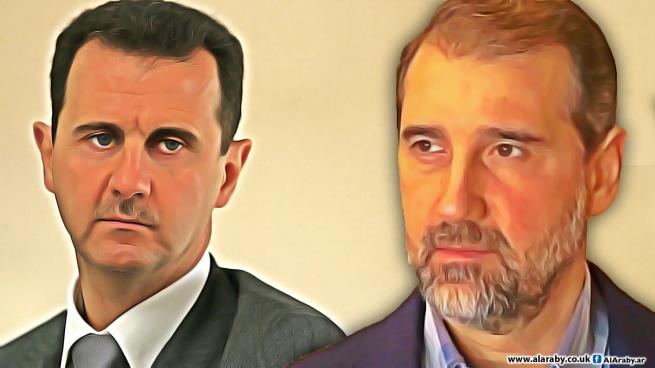 Syrian businessman Rami Makhlouf, a cousin of Bashar al-Assad, is borrowing the logic of the saying “Assad or we burn the country” in his latest argument: “It’s me, or an economic flood.” If the argument only means one of the two options, then, unfortunately, for Assad to achieve both together means the survival of the regime at the cost of burning Syria.

Most likely, Makhlouf’s “series” will soon end, and all that will remain will be some small companies hidden within Syria, as well as companies, buildings and substantial funds owned by Rami Makhlouf and his family in a number of other countries, including Russia, Romania, Hungary, the UAE and others.

The Syrian regime has worked for nearly three years to remove Makhlouf’s fangs, as well as the strength he has garnered since his rise to power starting when he was young, amid Bashar al-Assad’s rehabilitation following Bassel’s death in 1994. With the start of the Syrian revolution in 2011, and the demonstrators’ chants against Makhlouf in particular, Rami and his father Muhammad and brother Hafez made a plan for their continued survival and influence. They feared that a team, even if weak, could have the regime accept a scapegoat of their cousin Atef Najib.

This plan is based on wealth and sect, and replacing the Baath Party with the Syrian Social Nationalist Party (SSNP). Among its parameters: