The Syrian government must rid itself of the Turkish presence, before it moves on to secure the rest of Idleb writes Al-Watan. 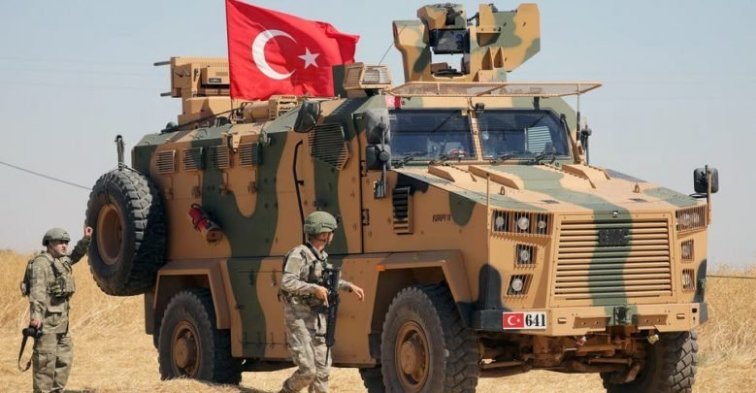 For Damascus and Moscow, the goal is no longer to implement the Sochi Agreement by fire. Rather, the goal has become to remove Turkish occupation forces from Idleb as a first stage.

After Ankara renounced its obligations under the Sochi agreement regarding Idleb, and after the terrorists and armed militias continued to violate this deal, Damascus and Moscow have become impatient with the Turkish regime, and began a broad and intensive military operation, during which the army recovered dozens of cities and towns, including Maarat al-Nu’man and Saraqeb, and took control of the entire international M5 highway.

The incident which killed eight soldiers from the Turkish occupation on Feb. 5, 2020, when the Syrian army struck terrorist sites, came against the backdrop of Erdogan’s breach of the Adana agreement and introduced many military convoys into Idleb and set up many headquarters under the pretext of observation points. These moves demonstrated the intentions of the occupation to plan for further aggression on Syrian soil—which Damascus and Moscow will not allow, indicating that tensions will escalate.

There are indicators suggesting tensions will escalate in the future, including the failure of the first Russian-Turkish meeting taking place in Ankara several days ago regarding Idleb, in addition to five more Turkish soldiers and others being wounded on Feb. 10, 2020, when the army again struck one of the Turkish points where terrorists were taking refuge, which can be considered a red card in the face of the Turkish regime in Syria, saying that the time for occupying forces to leave is now.

The Turkish regime cannot now stop the changes taking place in the country’s north and has resorted to disruption and noise through a series of sharp-tone statements, perhaps the most prominent of which was the deadline of the end of February for the army returns to its previous lines of control behind the Turkish observation points.

Giving a deadline to an army that is advancing very quickly confirms that the Turkish regime is unable to make strategic changes currently. The escalation of its threats appears to be linked to the tension that has prevailed in its relationship with terrorist organizations and armed militias in the region. Therefore, the Turkish regime may resort to a new strategy based on the principle of maximizing the small gains to be made in any upcoming discussion with the Russians and minimizing the large losses that could result from current developments on the field.

Accordingly, the Turkish regime seems to be too weak to impose a major change in the course of the current developments on the field. Perhaps the most that the Russians can grant them—as they beg them to stop the military operation in the north—is new lines of contact through which it can ensure that there is no threat to the areas it and its mercenaries hold north of Aleppo, especially since it needs these people today in its interventions in Libya.

The killing of Turkish soldiers was a clear and direct message, stating that the presence of Turkish occupation forces in Syria is no longer acceptable and that the political role Ankara seeks to play through the Constitutional Committee could also be targeted if the Turkish regime shows unexpected resistance to removing it completely from Idleb, at least in the foreseeable future, especially given the recent advances of the army. If the army manages to enforce its grip on the international Damascus-Aleppo highway, after Erdogan backed away from implementing the pledges stipulated in the Sochi agreement, this means that the de-escalation agreements and the Astana track could become less important in the resolution of the Syrian crisis, after it was emptied militarily of its content.

In the midst of this escalating tension, the American mobilization along the lines of what is taking place in Idleb, pushing the Turkish regime to more confrontation with Russia and Syria, is a major concern, due to the possible consequences and could lead to further recklessness from Erdogan during the coming days.