US President Donald Trump continues with his harsh sanctions and has openly said that American forces in Syria are there to take Syrian oil writes Al-Watan. 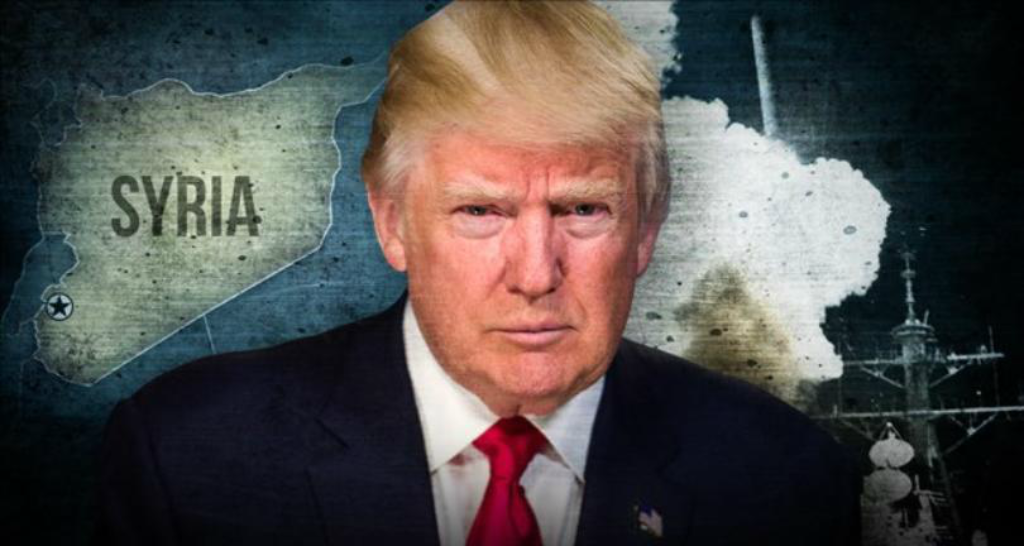 I will directly address Mr. Donald Trump, President of the United States of America. I do not think there is anything preventing me from doing this, especially given that I consider Mr. Trump to be a personal enemy, and who I could even sue in the American courts they tell us are so fair.

An urgent question has not left me, and I desperately want an answer: With whom are you fighting in the war in Syria? The ruling system that displeases you, or the Syrians themselves?

I can inform you with full honesty that you are entering into your war with us, the Syrian people, all our segments, religious beliefs, and ethnic branches—with the exception of those who have sold their souls to the devil. You must ask people, Mr. President, who that devil is!

All of my Syrian brothers and sisters and I are living below the imaginary poverty line set by the world’s experts. Below the poverty line means that a family lives on a insufficient amount of money to buy bread, and that this family must live on subsistence, because you—Mr. President—have imposed an asphyxiating blockade on the Syrian people as a whole, and deprived them of food, medicine and oil. If you could, you would deprive us of air. Meanwhile, as you declare explicitly that you have put your hands on our oil and that you will disburse it as you please, what is the appropriate term for this action? Let me remind you of the words “thievery,” “theft,” “piracy” and “thuggishness.” I ask that you translate these words.

I want my share of the stolen Syrian oil. I want it from you personally. I ask that you do not delay in delivering it by any means. Given that the banks which work with Syrian banks have been cut off, I recommend that you come to Damascus and bring my money before I die from hunger due to your siege and your sanctions. You can come in your presidential plane and land at the Damascus International Airport.

I will accompany you to the Nafoura coffeehouse behind the Umayyad Mosque. I will invite you to share a cup of coffee at the sound of the call to prayer. I will walk with you in Old Damascus, the first populated capital in the world. There have passed rich civilizations of which you know nothing, for you believe in no civilization but the current American civilization of heavy and light manufacturing and Superman and Hollywood and variously-named bombs, from nuclear to cluster to cruise missiles and Tomahawks, which you distribute across the devastated world.

I will accompany you to the market where the Apostle Paul walked before heading to Europe to preach the word of the messiah. I will teach you about the Hanania Church, which they say is the oldest in the world. I will invite you to shop in the Hamadiyeh market and advise you on the damask fabrics which Damascus gave to the British Queen Elizabeth and which she wore on her wedding day.

It will be a walk in a country of civilization which may not be repeated. Your private guards will not accompany you, since the situation in Damascus is more safe than at the White House, which rules over the world and punishes the people and countries whose entire sin is living in freedom, while the Statue of Liberty in New York has become a symbol of despotism and cruelty and the subjugation of peoples.

Will you come Mr. President?

I await your reply.