Russia has been instrumental in Syria and the actions have shown them to be a powerful force, but Asharq Al-Awsat asks if that will continue. 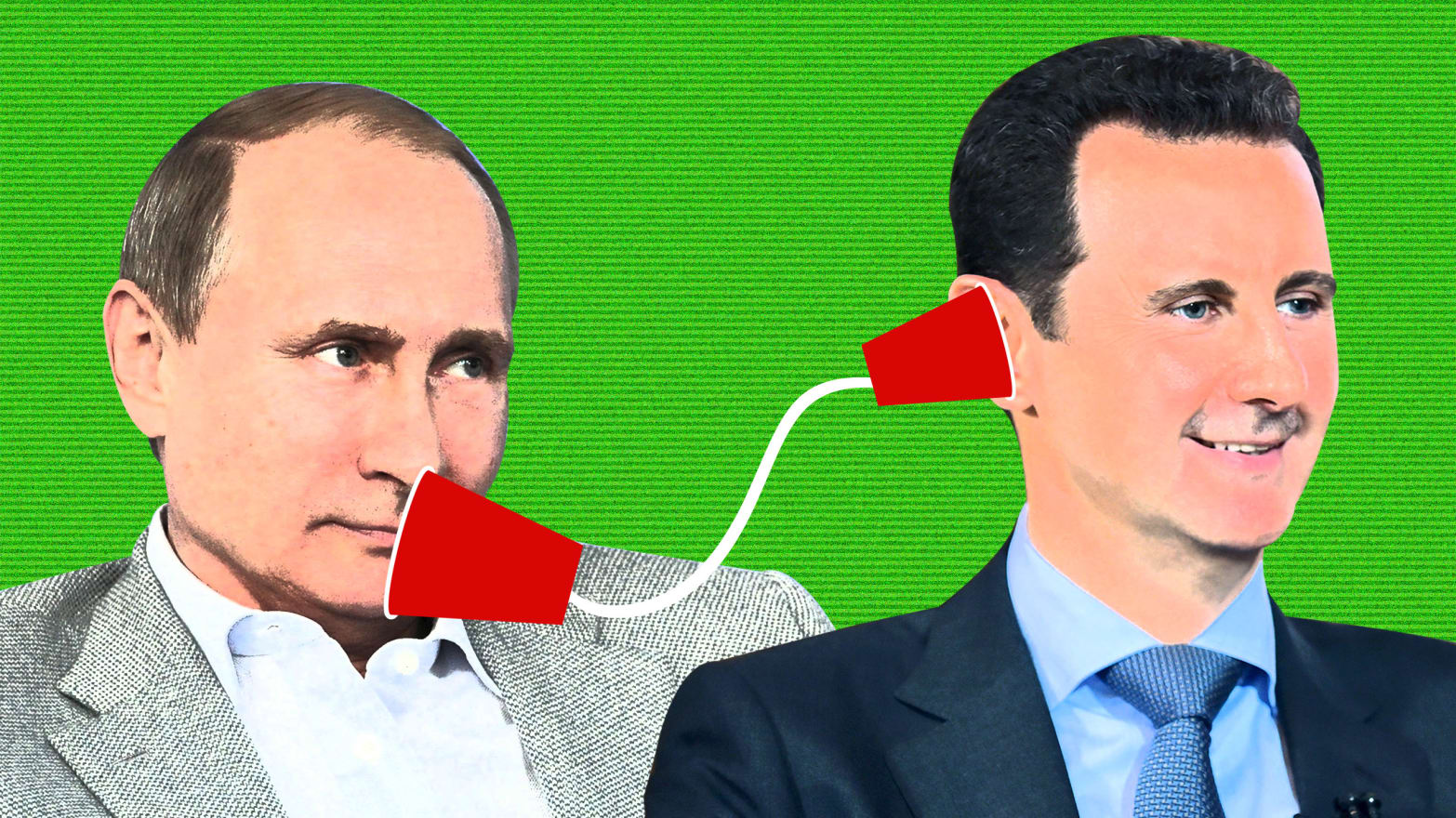 In the past few years, the Russian Federation has successfully managed to position itself as the major power broker in the Middle East. By doing so it has also been able to regain much of the prestige and influence it gradually lost since the departure of Soviet military advisors from Egypt in 1972. Achieving such a status is one thing, transforming it into a strategic gain is another. Recent history is a good guide on how to squander such an opportunity.

Recently Moscow has been able to convene a meeting between the main Libyan antagonists Hafter and Sarraj. To organize such an event, it secured the cooperation of Turkish president Erdogan. Most likely Moscow was able to convince the Turkish president that it was saving him from another misadventure but in exchange for better cooperation on the Syrian province of Idlib. Announcing the Moscow meeting between the heads of intelligence in Syria and Turkey may be an indication in this regard and, further cements Russia’s position as the main mediator insofar as Syria is concerned.

To better appreciate the challenge Russia faces, it is useful to put matters in a historical perspective. Russia’s interests in the Middle East are historic with a combination of geopolitical and religious roots. First, as far back as Czarist Russia, Moscow pursued the strategic objective of establishing a warm water seaport on the Mediterranean. The Soviet Union continued to pursue this objective but was not fully successful. Only in the 21 century can Russia claim it has been able to establish full-fledged military and naval bases in Hmeimin and Tartus respectively, both in Syria. Second, Russia has always projected itself as the protector of the eastern orthodox Christians. Towards this, it established a presence in the Holy Land since the mid-nineteenth century when it established the Russian Palestine Society in the Holy Land. Also as a confirmation of its long-standing interests, Russia, even during the communist era, was the first country to establish relations with KSA (then the Kingdom of Hejaz and Nejd) in 1926 and was amongst the first to recognize Israel. Third, having a large Muslim population of its own, Russia could not afford to be a casual observer of developments in the Middle East. This has become all the more important since political Islam has become increasingly aggressive in its outreach.

In spite of these obvious strategic interests, Moscow was only able to build its influence in the Middle East after the Second World War, largely due to errors committed by the UK and, subsequently the US in the 1950s and 1960s.

Although Moscow was the main political and military supporter of the Arab cause in regaining lost territories to Israel in 1967 and for Palestinians self-determination. Doubts, however, persisted that ultimately Moscow wanted to avoid full- scale war between Arabs and Israelis. In other words, like the US, Russian interests were served by the status quo. Such a state of affairs was not acceptable in Egypt, but particularly to Sadat who wanted to consolidate his rule by erasing the military defeat suffered in the 1967 war.

Most likely herein lies Russia’s failure. It was unable to align its interests with those of its main allies, the Arabs. At the time Israel, Turkey, and Iran were squarely in the western camp, thus requiring little attention from Moscow.

It took Russia more than a decade to resurrect its lost influence in the region, which reached its nadir in the Yeltsin era. It was only under President Putin that it was able to capitalize on the US invasion of Iraq, the antagonism of the West towards Iran, the disarray emanating from the Arab Spring and inconsistent policies pursued by the US, EU, and Turkey, particularly on Syria.

But more importantly, Moscow has played a deft diplomatic hand, maintaining an equidistant position between regional antagonists but also trying to work with the US, the EU, and the UN to resolve the conflicts raging in the region.

Witness Moscow’s insistence on the necessity to fully implement UNSC resolution 2254 on Syria and its presentation of the Moscow meeting between Hafter and Sarraj as complementary to the Berlin conference on Libya. The Syrian conflict and the Iranian nuclear dispute, no doubt, have been instrumental in propelling Russia to the position of being the main power broker between Iran, Turkey, Israel, the US, EU, and the Arabs.

Nowhere is this renewed influence and stature apparent than in Syria. While Russia is the main supporter of the Syrian government, it also works very closely with the latter’s chief adversaries Turkey through the Astana process, but also with Israel. It has managed to maintain a close relationship with Iran, while at the same time succeeded in building what appears to be the best relations ever between Moscow and Tel Aviv.

Moreover, it has been successful in managing the very complex triangular relationship between Damascus, Ankara and the Kurds, again positioning itself as the main mediator in this complex issue.

Russia has also been active in almost every conflict and dispute in the Middle East. It was instrumental in forging the Iranian nuclear deal JCPOA and continues to participate in efforts to prevent its total collapse. It has been trying to mediate between the Arab Gulf states and Iran, presenting numerous proposals for an Arab security formula. It has maintained exceptionally good relations with both Arab countries and Israel, positioning itself to be a trusted mediator in preventing hostilities whether in Lebanon or more recently in Syrian Golan. It has remained equidistant between the warring factions in Yemen, positioning itself to mediate at the right time among the Yemeni parties, but more importantly between the Arabs and Iran. It has also successfully managed to remain neutral in the intra-Arab disputes.

The challenge facing Russia now is: can it maintain this short term gain in stature and influence and transform it into a strategic one. Will it be able to balance its strategic interests with the divergent and sometimes conflicting interests of Arabs, Israel, Turkey, and Iran. The task is simpler on the economic side where there are converging interests, but far more complicated on the political one.

Arabs expect Russia will continue supporting the establishment of a Palestinian state, actively support an end to foreign military occupation particularly in Syria, reduce Iranian influence in the region, prevent Iran from acquiring a nuclear weapon, and last but not least and probably more important for the majority of the Arab people: that it be perceived as helping orderly and tangible political reform to which most Arabs aspire rather than preventing it. Syria may be the test case.

Turkey’s interests with Russia, besides deriving economic benefits, is to help it secure its southern border with Syria. Here the Russians appear to have a formula that both Ankara and Damascus may ultimately have to accept. A reworked Adana agreement: an Adana plus, which would take into account in a balanced manner the recent security concerns of both Syria and Turkey.

Iran, on the other hand, needs Russia as a counterweight to western antagonism. Energy and Central Asia are other areas of primary common interest. As to Israel, Russia has become an unconventional partner to safeguard its national security. More importantly, the Russian diaspora in Israel is considered by both countries as an asset for developing future relations.

In short, Iran, Turkey, and Israel have now many more interests in common with Russia. A fact Russia must factor in when formulating its future strategy in the Middle East.

Ultimately, a comprehensive regional security arrangement will be the best means to secure Russian strategic interests. Until that is established, it will certainly be difficult for Russia to balance all these interests and align them with her own. It may be possible, however, to continue its present course as long as: the US reduces its interest in the region and confusion continues in its policies, Europe remains tentative and unable to decouple its regional policies from the US, and China remains not fully engaged. But more importantly, if divisions persist amongst Arabs.