Recent events in Iraq have revealed the weakness of the American position in the Middle East and their desperate attempts to strengthen their hand writes Al-Watan. 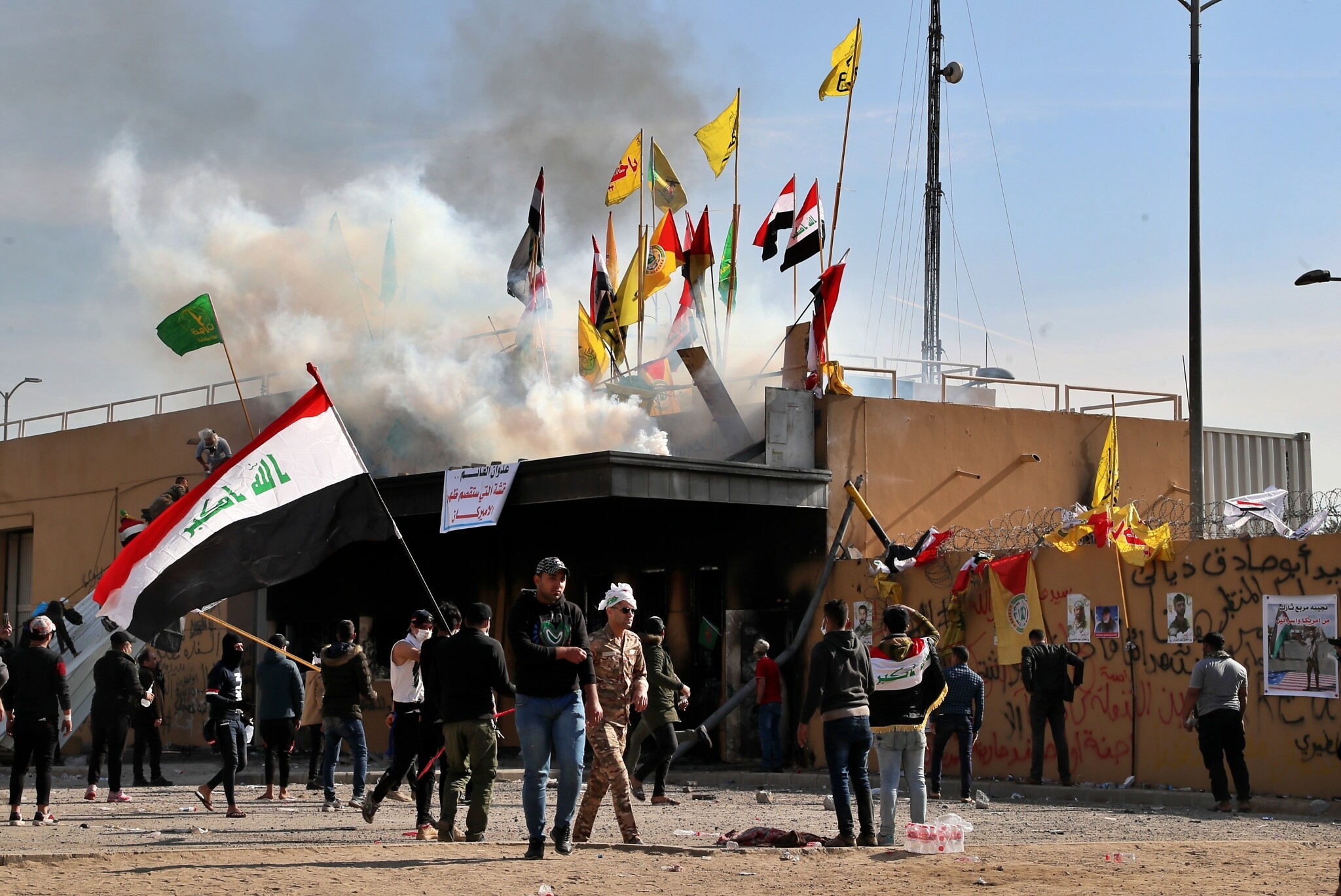 The protests in Iraq, which reached the doors of the American embassy in the capital Baghdad, were spontaneous and expressed popular demands and anger—or they were fabricated and directed within the broader American plan for Iraq and Syria. They were not out of context amid the increasing American submersion in the Iraqi quagmire, which has led Washington to stumble in the Middle East amid the continuous advances on the ground achieved by Damascus, Moscow and Iran in Syria.

Washington knows well that its ability to influence the Syrian issue on the ground has become limited, especially with the various factors that have recently become prominent—foremost, the increasing Turkish-American rupture and Ankara’s decision to prohibit Washington from using its military bases to carry out operations in Syria and Iraq because of the divisions between the two sides in Syria and Libya.

It appears that the movement that recently appeared on the Iraqi street reached a level of chaos that has slipped outside America’s control, as protesters reached the American embassy in Baghdad and stormed its main gates as a result of the recent aggression against the Iraqi Popular Mobilization Forces and the joy expressed by the Israeli occupation and its leaders at this strike.

However there is another possibility, which is that what happened at the American embassy in Baghdad was a planned event. The American embassy in Iraq is the most heavily protected site in Iraq and is equipped with fortifications, technology, and thousands of soldiers and security employees, even including runway strips, making it more like a military base than it is an embassy with pure diplomatic functions. Therefore, the fact that the protesters reached the embassy in these numbers may cause surprise.

Washington either fabricated or allowed the arrival of the protesters to its embassy building to justify sending thousands more American troops to the region, with this scenario bolstered by the Russian-Turkish rapprochement. The Chinese-Russian military exercises in cooperation with Iran in the Arab Gulf and the Arabian Sea may have had an even larger role in speeding up the execution of a farce that allows Washington to transport more American forces to the Middle East. This is a decision Washington hurried to take directly after the storming of its embassy in Baghdad.

The maneuvers, which appeared to be tactical, were enough to spark the terror of Washington, which is faltering in the Middle East—especially given that these maneuvers serve as an announcement of the beginning of the end of America’s decaying influence in the region to the advantage of emerging Russian influence, backed by Chinese influence and Iran’s regional role. The warnings of Samuel Huntington in his book The Clash of Civilizations is coming close to being realized—he had warned the West against Chinese and Islamic civilizations allying, with Persian Iran acting as one of its main components.

In addition to all of the above, there is what has recently been revealed about the American plot called “The Deal of the Century,” to redraw the map of the Middle East in accordance with the American-Israeli vision, giving the occupying entity more of the Arab lands occupied in 1967 and resettling Palestinian refugees while reorganizing the region by making new cantons that help Washington govern the region from afar without direct military costs.

Certainly with all of this, Washington realized and came close to deciding that its presence in Syria would not last in the long or even medium term and that a national popular resistance against it was close to being formed, which recently has became clear, with the meeting in Tehran between Ali Akbar Velayati and Supreme Guide Khamenei when he received a tribal delegation from Syria serving as an important indicator of that.

America is faltering in the Middle East and is trying to avoid a total collapse. It will continue to plot and conspire with the forces of the region, hoping that this will turn its faltering into stability, but in truth, this will only accelerate America’s fall.