Waddah Abd Rabbo has argued that Western journalist who try to embarrass the Syrian president are failing their profession writes Al-Watan. 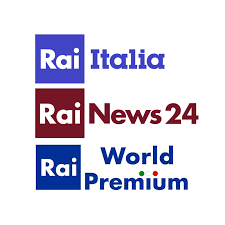 On the eve of former US President Barack Obama’s threat to bomb Damascus in 2014*, a European journalist (his specific identity is not important) obtained an appointment at the Republican Palace to hold an interview with President Bashar al-Assad. The following day, his paper devoted the entire first page to an image of the president, and devoted two pages to the full text of the interview, just as had been agreed with the media office of the presidency.

After the newspaper was widely distributed, and Assad’s words echoed in terms of the logic, arguments and exposure of the practices and policies of the West, the newspaper received calls, many of them congratulatory, and others in condemnation, coming, of course, from those who call themselves the Syrian “opposition” in the diaspora. But the most important call came from the president of the authors native country, in sharp language, asking: How can you allow yourself to publish the words of the Syrian president, who is attacking the policy of your country and give him all this space? The journalist responded: We live in a democratic country and the reader has a right to listen to all views and then decide the position he wants to take. You don’t have a right, even as president, to address me in this tone and language. The European president grew angry and filed a complaint against the journalist to the paper’s management, which with high professionalism stood alongside its colleague and paid no attention to the president’s speech, but rather rewarded the journalist for his achievement.

This story has relevance today, as an Italian channel, which applied and pressed for a television interview with President Bashar al-Assad, and then, after the channel Rai News 24 received approval, conducted the interview and agreed to a broadcast date, declined to broadcast it. This is shameful and embarrassing in the journalism world, and reaches the level of a media scandal, especially since there are dozens of interview requests awaiting Assad’s approval, given that an interview with him is a scoop for any journalist. There is a race between various Western media outlets, including TV channels, newspapers, magazines, and even radio, to carry out interviews with Assad, given what impact these have first in the media and then on the views of a public looking to hear different narratives than those promoted by their politicians.

The reader may not know that the West has two types of journalists: The first wants to conduct interviews in service of his name and media and to professionally communicate the truth to a wide audience; the second wants, through the interview to “embarrass”—if you will—President Assad through what he believes to be bold questions that expose “regime practices” and thereby become—the journalist, that is—the hero who has managed to embarrass President Bashar al-Assad. To be honest, through my humble journalistic career, which now extends over 25 years, and the relations I’ve woven with many Western and Arab journalists, of both types, I must testify before the reader that all journalists who have interviewed Assad have come out astonished at his ability to have command over all questions—even those that were embarrassing, which for his excellency were opportunities to clarify facts that for years, the West has worked to distort. Here lies Assad’s ingenuity in dealing with the media in general. After receiving a guest journalist, his first sentence is: You can ask what you want. I have nothing to hide. How many journalists have believed, through questions or images pulled out in front of the president, that they would achieve a scoop by embarrassing the president, only to fail because Syria never had any fear, and the president is the most transparent official in Syria and demands in turn that all officials should be honest in their dealings with the media.

What I want to communicate is that we should not be distracted by the terminology and concepts transmitted to us about European democracy and freedom of the media and opinion.

It is true that they are advanced over what we have in the Arab world in terms of media and its freedom, but when it comes to exposing the falsity of the policies and decisions of Western leaders, and their waste of public funds in supporting terrorism financially and militarily, their conspiracy is not just against Syria but against the public opinion drawn to their sites. Here red lines are drawn, and how many foreign journalists have visited Syria and then returned to publish the truth of what they saw and were subject to harassment and in some cases insults because his “duty” required him to only publish the West’s narrative and what it promoted—and that everything that contradicts that must remain in the realm of “non-objective” work, in order for the word “betrayal” not to be used. We thank God that there are journalists around the world working to satisfy their consciences first and respect the fundamentals of the profession, which they have pledged to perform honestly and faithfully, refusing not to submit—not only to the narrative and news that reaches them, but also to any pressure used against them, even if it. is from the highest authorities. Their mission and profession is to search for the truth, far from agendas that do not concern them. Perhaps the Rai News 24 incident is a good example of the decline of many Western outlets, which have proven throughout the war on Syria that they they are far from the ethics of the profession and its code of conduct, and that they are hostage to politicians and lobbies with aims and interests and which consider the media to be their executive arm.

*Editor’s note: Former US President Barack Obama threatened to conduct airstrikes in 2013 not 2014.